The professional opinion of the veteran sex crimes prosecutor who questioned Brett Kavanaugh and Christine Blasey Ford before the Senate Judiciary Committee last week is that there is no evidence for a case against Kavanaugh.

Senate Republicans received a five-page memo from prosecutor Rachel Mitchell that blew major holes in Ford’s testimony by intricately pointing out flaws, lack of evidence, professional warning-signs and major inconsistencies in her evidence.

Mitchell detailed at length how Ford’s case is crippled by a changing, inconsistent story, habitual inability to identify Kavanaugh in the retelling of the account, inability to have corroborating witnesses or evidence of the event, increasingly vague memories of the event and inability to remember major details of even recent events involving the allegations.

Mitchell ultimately ruled that there wasn’t enough evidence to bring criminal charges against US Supreme Court nominee Brett Kavanaugh, calling it a “he-said, she-said case” that is “incredibly difficult to prove.”

She continues, “But this case is even weaker than that. I do not think a reasonable prosecutor would bring this case based on the evidence before the committee.”

Mitchell concluded that no “reasonable prosecutor” would bring the charges in the case. She writes:

“Dr. Ford identified other witnesses to the event, and those witnesses either refuted her allegations or failed to corroborate them. For the reasons discussed below, I do not think that a reasonable prosecutor would bring this case based on the evidence before the Committee. Nor do I believe that this evidence is sufficient to satisfy the preponderance-of-the-evidence standard.”

Here’s the “timeline” referred to in Mitchell memo: pic.twitter.com/mhY3Dif8bD

Memo from Rachel Mitchell re Ford testimony: “A ‘he said, she said’ case is incredibly difficult to prove. But this case is even weaker than that. I do not think a reasonable prosecutor would bring this case based on the evidence before the committee.” pic.twitter.com/TuxY64HjeV

The memo was originally obtained by the Washington Post. You can read the entire report below: 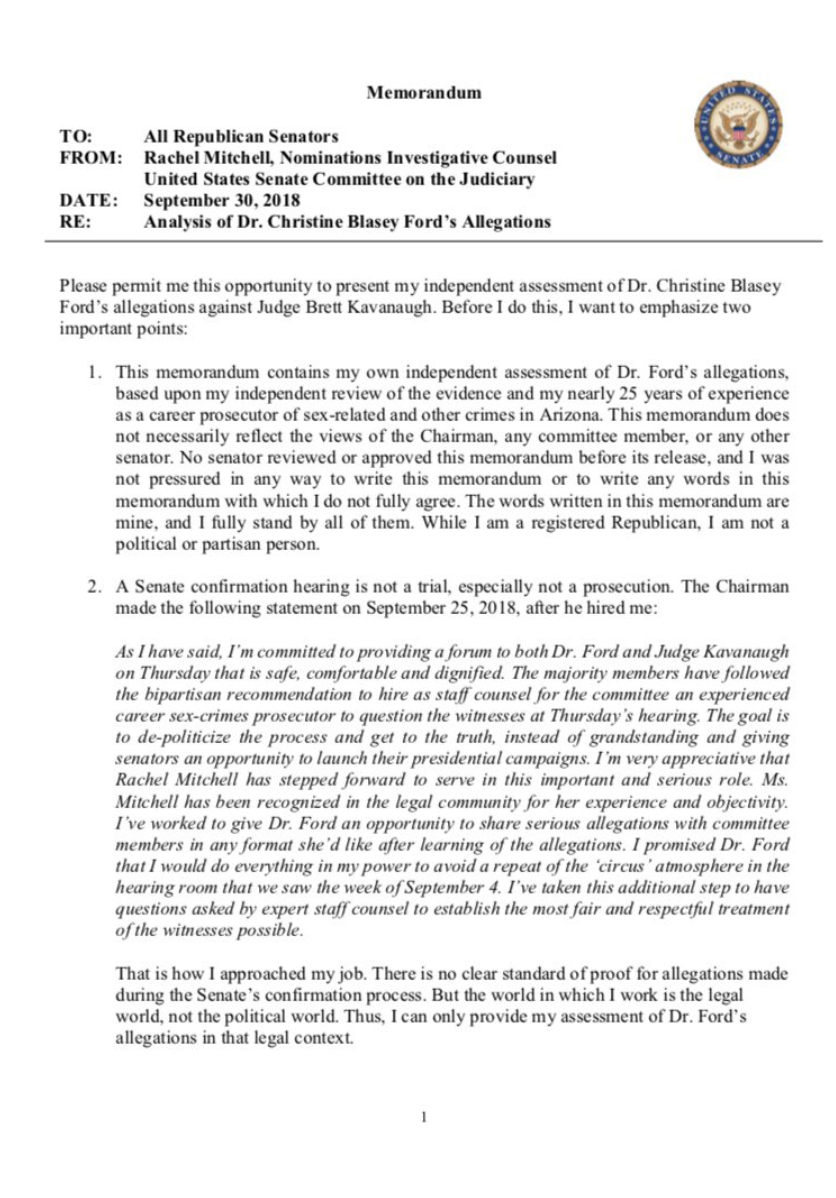 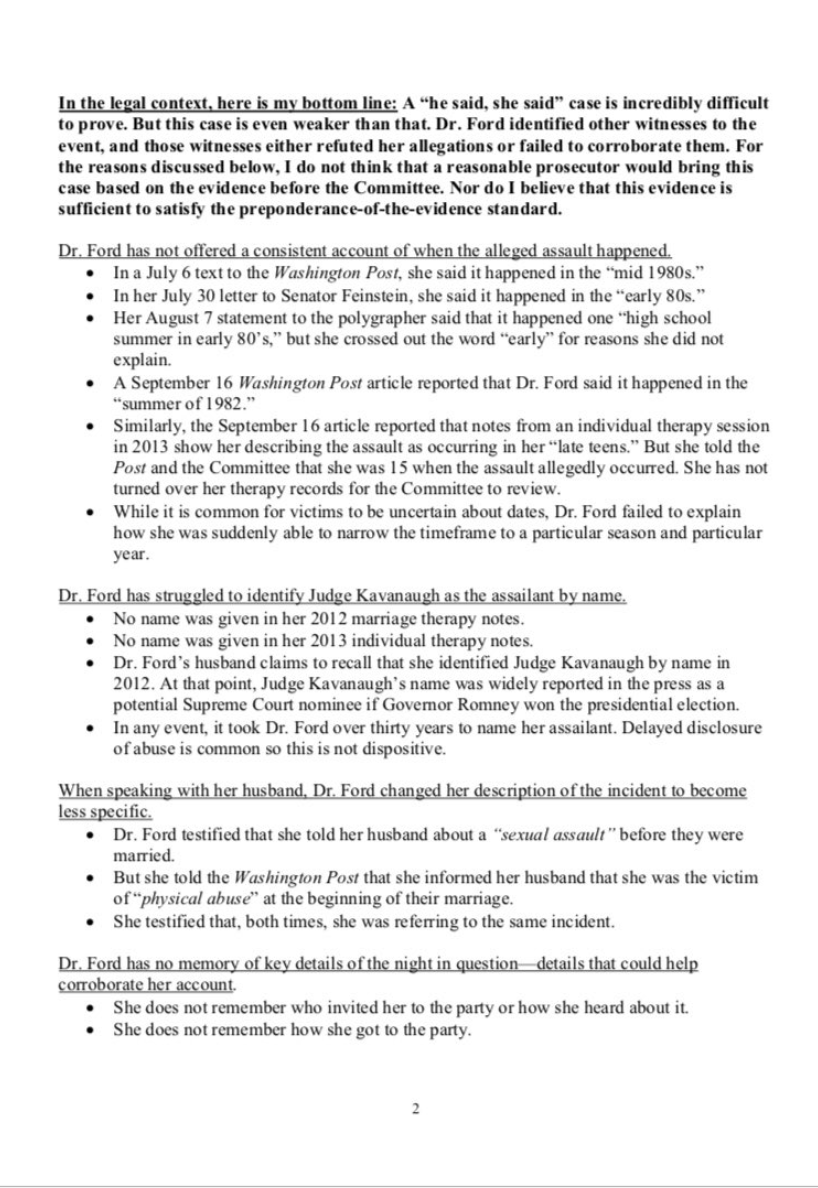 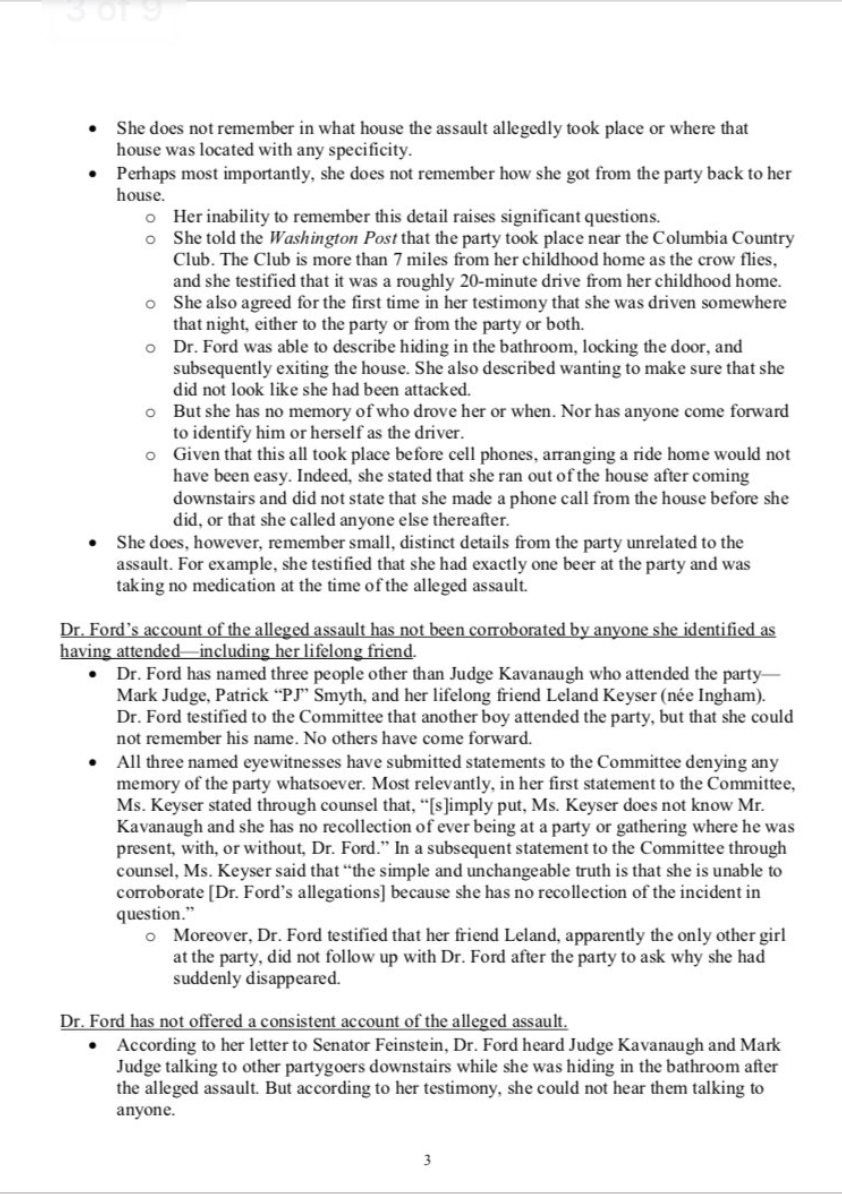 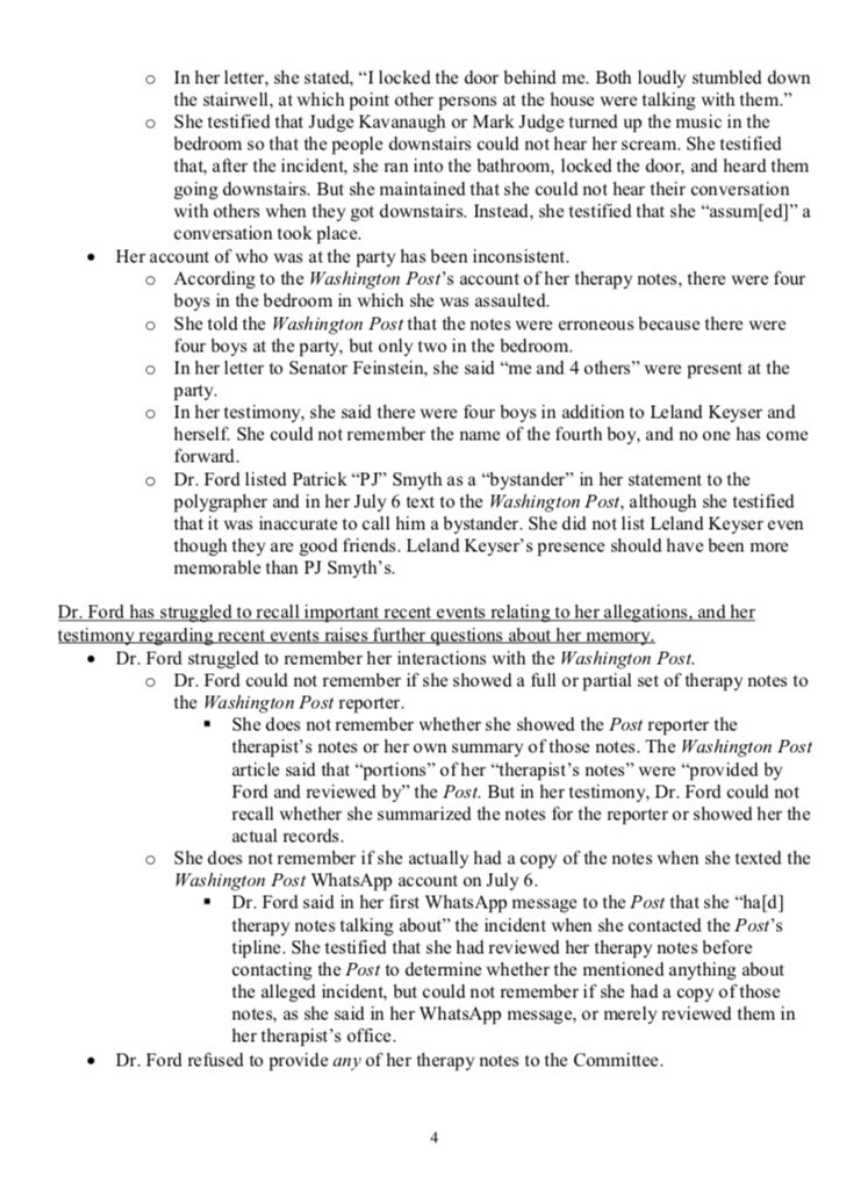 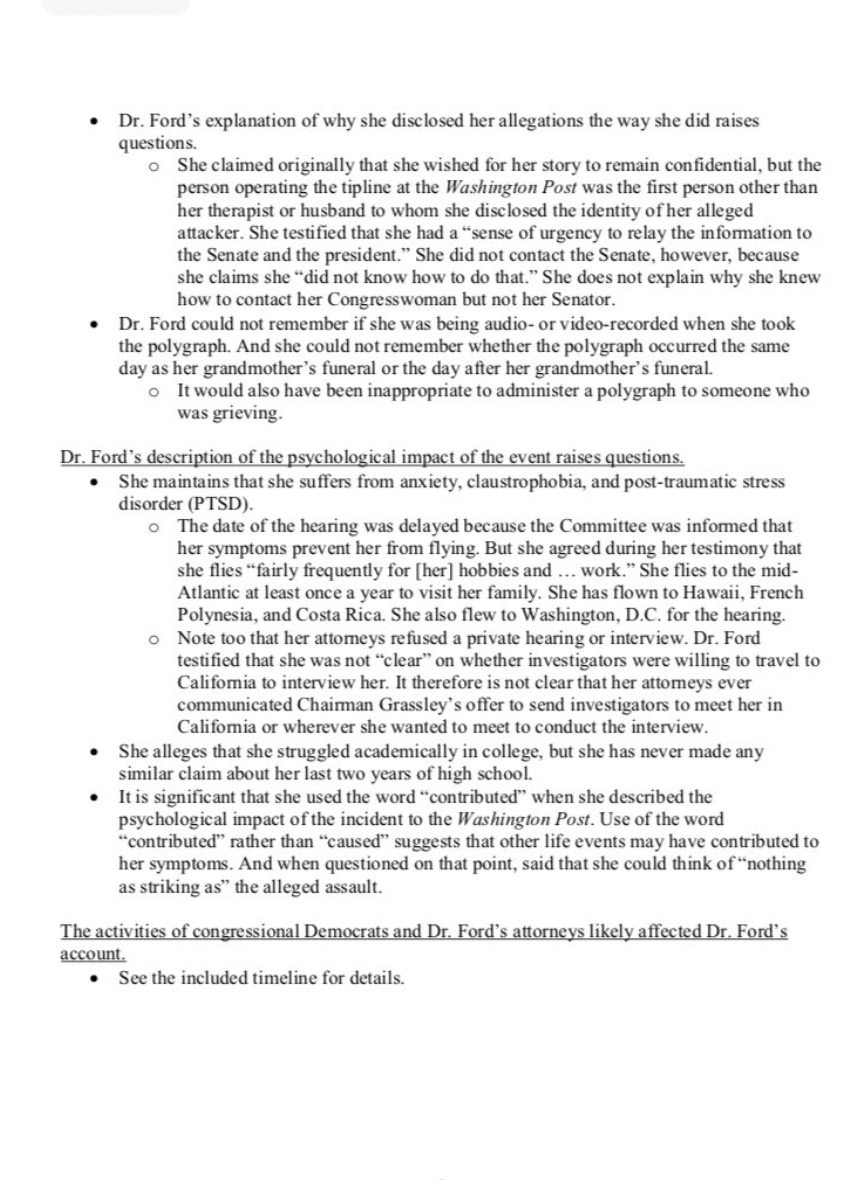