Wednesday’s nominees include two candidates for the 2nd U.S. Circuit Court of Appeals and three for the 9th U.S. Circuit Court of Appeals. The 2nd Circuit is based in New York City and has jurisdiction over New York, Connecticut and Vermont. The 9th Circuit is based in San Francisco, and hears appeals arising from nine western states as well as the outlying Pacific territories.

Michael Park of Consovoy McCarthy Park PLLC, a litigation boutique with a conservative bent, and Judge Joseph Bianco of the U.S. District Court for the Eastern District of New York were tapped for the 2nd Circuit, while Patrick Bumatay, Daniel Collins and Kenneth Kiyul Lee were selected for the 9th Circuit. Bumatay is a federal prosecutor. Collins and Lee are appellate advocates in private practice.

Trump has struggled to secure confirmations to both courts. The president’s sole confirmation to the 9th Circuit, Judge Mark Bennett, is a largely unknown quantity with questionable conservative bona fides. A second 9th Circuit nominee, Ryan Bounds, lost a narrow floor vote due to racially tinged opinion columns he wrote as an undergraduate at Stanford University. 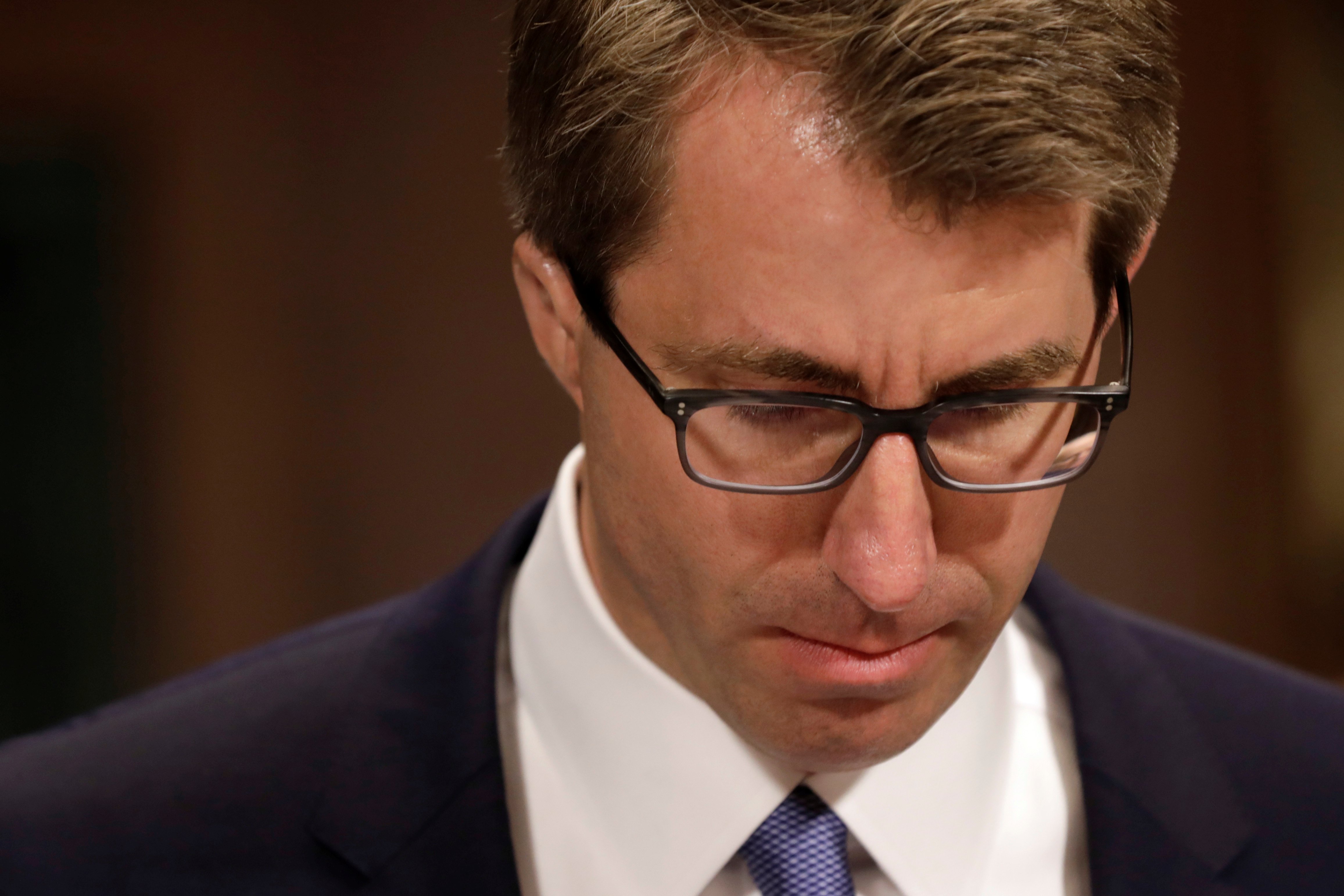 Ryan Bounds pauses as he testifies before a Senate Judiciary Committee hearing on his nomination to be a U.S. Circuit Court judge for the Ninth Circuit, on Capitol Hill in Washington, U.S., on May 9, 2018. REUTERS/Yuri Gripas

The Senate has yet to confirm a Trump nominee to the 2nd Circuit. (RELATED: Supreme Court Weighs Trump Administration’s Power To Detain Criminal Aliens)

As the Supreme Court hears less than 80 cases per year, circuit courts issue final judgment in the overwhelming majority of federal cases.

The Senate may move on further judicial confirmations before the November elections. The Senate Judiciary Committee is poised to forward nine nominations to the full Senate for final confirmation on Thursday, and a confirmation hearing for lower court nominees is scheduled for Oct. 17. Senate Majority Leader Mitch McConnell will seek terms with Democrats to confirm a package of judges before the chamber adjourns for the midterms.

“There are still tools that I have available, that’s why I canceled the August recess,” McConnell told Politico on Saturday. “And that’s something I’ll discuss with Sen. Schumer before we leave for the election.”

With Kavanaugh’s confirmation, the Senate has installed 69 of Trump’s nominees on the federal courts. Another 30 currently await final floor action. Trump set a record for appeals court confirmations during the first year of a presidency in 2017.