Tennessee Democratic Senate candidate Phil Bredesen made waves when, following the hotly-contested confirmation of Supreme Court Justice Brett Kavanaugh, he claimed that he would have also voted in favor of confirmation. 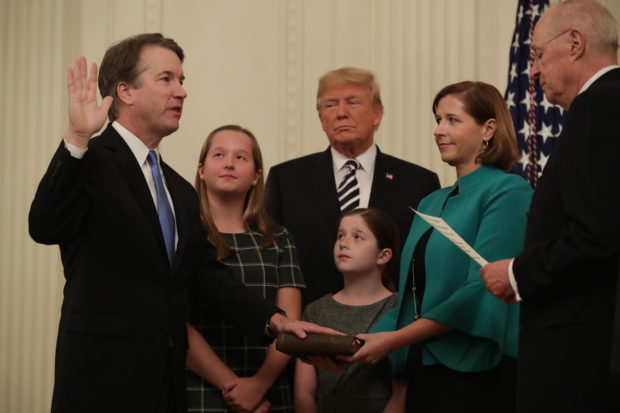 But according to a video released Thursday by James O’Keefe’s Project Veritas, Bredesen’s own staffers believe that he made the statement for purely political reasons and that he would never actually have cast a “yes” vote.

Citing a CBS poll, one staffer explained the statement as a move designed to pick up some of the more moderate Republicans.

“We’re down eight points and it also said that 47 percent of Tennesseans … oh, no, no, no … 74 percent of Tennesseans wanted to see Kavanaugh confirmed,” she said. “So, like, this isn’t like … So, he thought that like by coming out in support it would get more Republicans on his side. He wasn’t doing as well in the rural parts.”

Others voiced concerns that making the statement could impact the number of Democrats who were willing to get out and vote for Bredesen. “I’m going to be pissed if this doesn’t pay off,” one staffer admitted. “If we lose, I’m going to be so mad. Because not only did he forfeit a lot of moral high ground … If it’s by a small margin, that’s the base.”

The RCP average of polls taken in the last month has Republican Rep. Marsha Blackburn leading Bredesen by 2.7 in the race to fill the seat being vacated by retiring Republican Sen. Bob Corker.