A United Nations report released Thursday does not paint an optimistic picture for the future of Mali — and things seemed to have gotten worse since Canadian peacekeepers arrived in the African country last June.

As CBC News reports, the Canadians are supposed to be doing medical evacuations via helicopter but have only completed two such missions in the last three months.

U.N. Secretary General Antonio Guterres issued the report from his office, writing, “Intercommunal conflict, exacerbated by violent extremist groups, is fraying an already fragile social fabric and is deeply concerning. Too high a human toll has accrued as a result of the ongoing spiral of violence.” 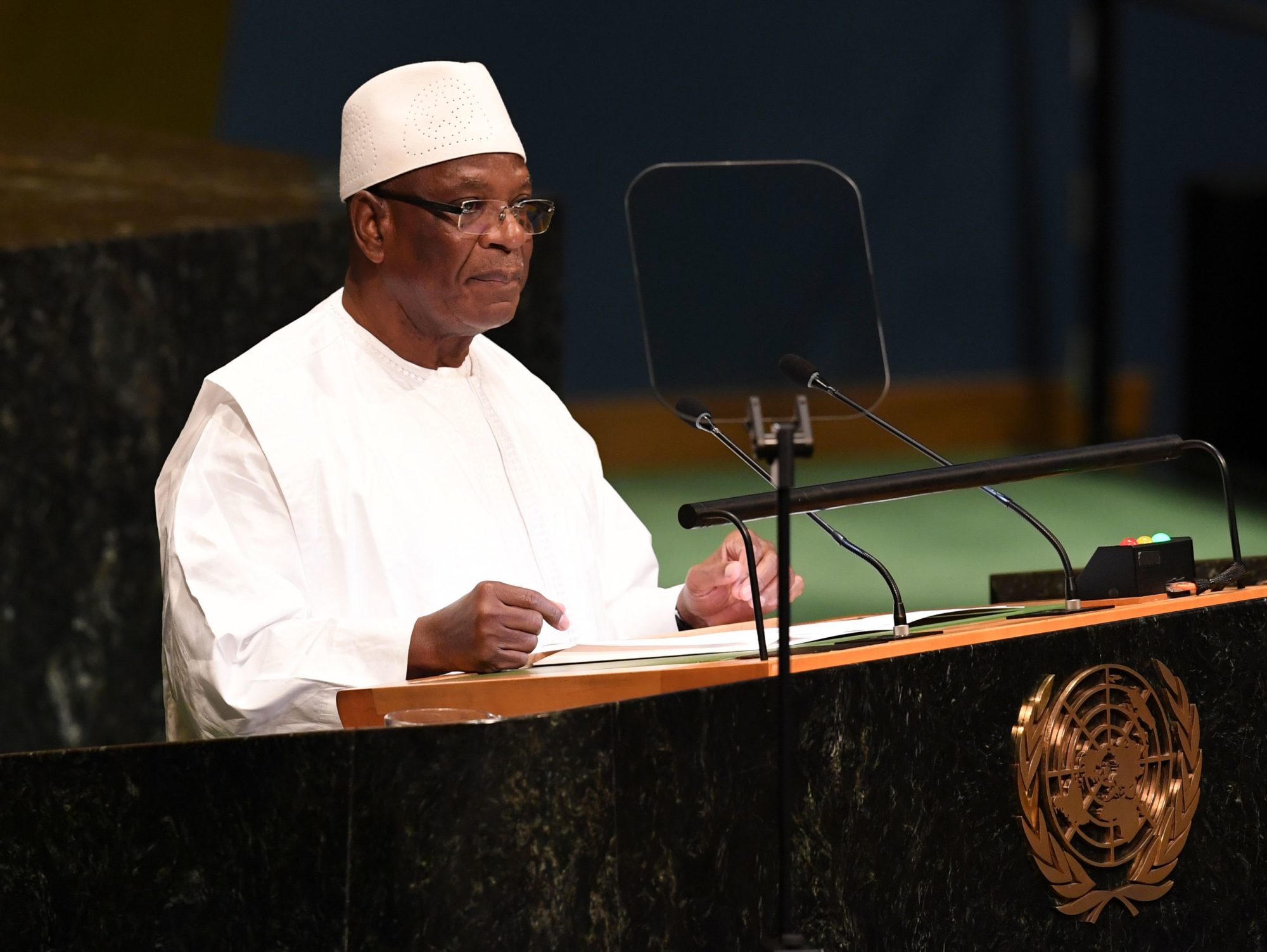 President of Mali, Ibrahim Boubacar Keita, addresses the Nelson Mandela Peace Summit September 24, 2018, one a day before the start of the General Debate of the 73rd session of the General Assembly at the United Nations in New York. (DON EMMERT/AFP/Getty Images)

That assessment would not surprise many critics of the peacekeeping mission that is largely the brainchild of Canadian Prime Minister Justin Trudeau, a strong advocate of the U.N. and its peacekeeping operations that Canada was integral in creating during the Sues Crisis of 1956.(RELATED: Trudeau Sending Peacekeepers To Mali Despite RedFlag From Military)

But Canada’s Department of National Defense strongly cautioned the government on proceeding with any Mali mission when it issued a joint doctrine note in 2017 that warned of Canadian peacekeepers coming into contact with child soldiers — a phenomenon that is common in the war-torn nation.

If Canadians soldiers are reluctant to engage with the warring factions, that might be a reason for the escalating violence in the country — with Muslim terrorists responsible for much of it, CBC reports.

“The human rights situation is alarming,” Guterres wrote. “It is absolutely imperative that the government prevent human rights violations and abuses, including those committed by the Malian armed forces.”

Conservative Defense Critic James Bezan told The Daily Caller on Thursday that the UN report should come as no surprise, since “there is no peace to keep” in Mali.

“Unfortunately the UN mission in Mali is getting worse, not better, even with the participation of our Canadian forces,” Bezan said. “As we have been saying all along, there is no peace to keep in Mali. Justin Trudeau has failed to articulate how this so called ‘UN peacekeeping mission’ is in Canada’s national interest. Nor has Trudeau been able to define what the goals and objectives of our contributions to the mission are.”

Bezan doesn’t doubt that despite the “weak Liberal leadership” and the huge difficulties facing them, the troops, “will perform admirably in this mission which is riddled with growing danger and difficulty.”