Paul Allen, the co-founder of Microsoft, died on Monday from complications of non-Hodgkin’s lymphoma.

Allen, 65, announced earlier this month that he had been diagnosed with the disease after he overcame the same type of cancer nine years ago.

Allen also founded Vulcan Inc. which is an organization that calls itself “the engine behind philanthropist and Microsoft cofounder Paul G. Allen’s network of organizations and initiatives.”

His family released a statement on Monday afternoon.

“My brother was a remarkable individual on every level. While most knew Paul Allen as a technologist and philanthropist, for us he was a much-loved brother and uncle, and an exceptional friend,” his family said. “Paul’s family and friends were blessed to experience his wit, warmth, his generosity and deep concern. For all the demands on his schedule, there was always time for family and friends. At this time of loss and grief for us – and so many others – we are profoundly grateful for the care and concern he demonstrated every day.” 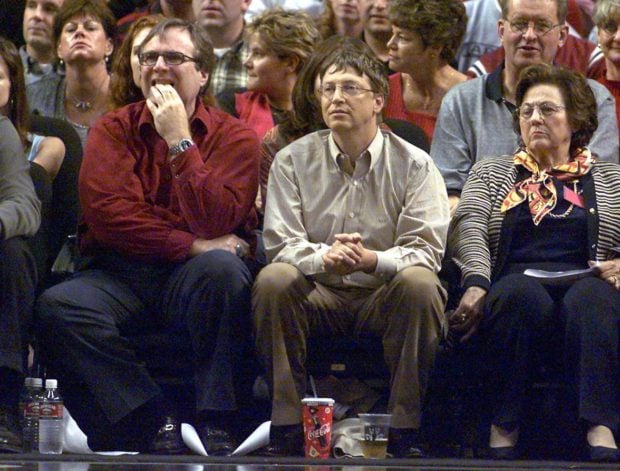 It is with deep sadness that we announce the death of @PaulGAllen, our founder and noted technologist, philanthropist, community builder, conservationist, musician and supporter of the arts. All of us who worked with Paul feel an inexpressible loss today. https://t.co/OMLZ7ivvSD pic.twitter.com/Bfa8kK6Q8e

Allen was also the owner of the Seattle Seahawks and Portland Trailblazers. At the time of his death, Forbes estimated his net worth was more than $20 billion.