Accusations of domestic abuse appear to be taking their toll on Minnesota Democratic Rep. Keith Ellison and his quest to become the next state attorney general.

As The New York Times notes, Ellison seemed to be a picture-perfect candidate in a progressive, blue state, especially since he served as the leader of the Democratic National Committee. But that was before ex-girlfriend Karen Monahan began accusing him of abuse. Monahan claims that Ellison pulled her from her bed while verbally abusing her. She has also pointed to a 2017 medical report in which she blames Ellison for “emotional and physical abuse.” 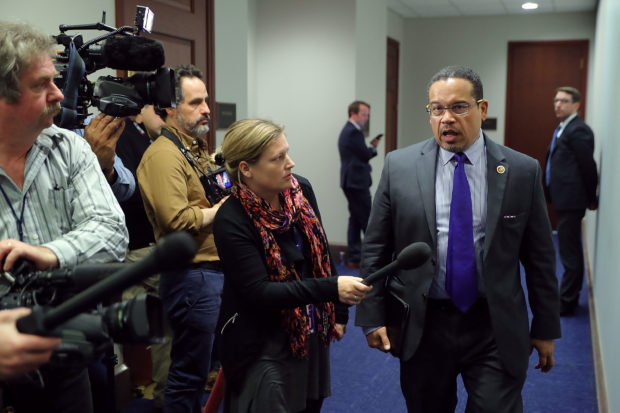 Recent polling indicates that Ellison is now in a tight race with Republican opponent Doug Wardlow, a lawyer with a low political profile. A Minnesota Tribune poll indicates Ellison is narrowly ahead, while a second shows the two tied. The latter survey indicates that 40 percent of respondents are aware of the domestic abuse allegations and say they will be “a factor” in their decision on whether or not to support Ellison. (RELATED: Keith Ellison Facing Violent Domestic Abuse Allegations Less Than A Week Before Minnesota Primaries)

Ellison continues to deny the accusations. A lawyer who works for the Democratic Party has issued a report exonerating the congressman. In an interview with the Times, he suggested that women don’t always have to be believed. (RELATED: Minnesota Democrats’ Own Lawyer’s Partner Handling Independent Keith Ellison Investigation)