Australia is the latest country to announce it is considering following the United States in moving its embassy in Israel from Tel Aviv to Jerusalem.

Prime Minister Scott Morrison told reporters Tuesday that he would consult with his cabinet and other countries before officially making a decision on the embassy, according to the BBC.

The United Nations voted 128-9 to condemn the initial move by the United States in December 2017, and critics called it a threat to the peace process. The U.S. made the move official at a ceremony in May.

UN Secretary General Antonio Guterres said he doesn’t support measures that “would jeopardize the prospect of peace for Israelis and Palestinians.” The European Union’s High Representative for Foreign Affairs and Security Policy Federica Mogherini claimed the move has a “very worrying potential impact.”

Turkish President Tayyip Erdogan claimed Trump was “throwing the region into a ring of fire,” according to the BBC. (RELATED: Trump Hits Past Presidents During Opening Ceremony Of US Embassy In Jerusalem)

While some nations insisted they would not follow Trump’s lead, others followed, including Guatemala.

When asked about the potential move, the prime minister said he was “open-minded” while maintaining he was still committed to a two-state solution. 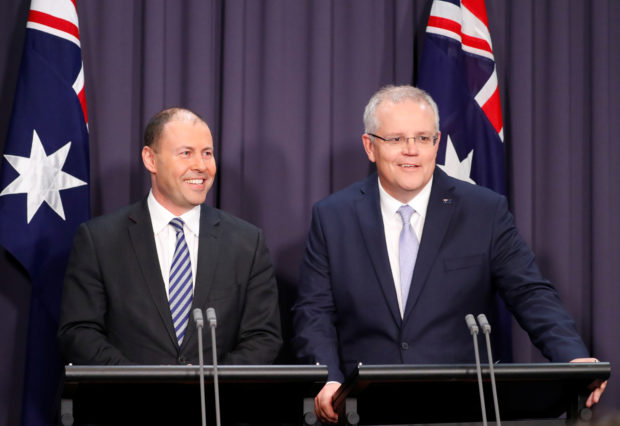 “No decision has been made in regarding the recognition of the capital or the movement of an embassy,” but that Australia’s “government is open-minded about this,” he said, according to CNN.

“But frankly, it hasn’t been going that well — not a lot of progress has been made,” he added.

Some critics accused Morrison of ginning up controversy in order to win Jewish voters. He credits the idea to former Australian Ambassador to Israel Dave Sharma, who is running in a special election in a seat held by Morrison’s predecessor Malcolm Turnbull.

Morrison, an evangelical Christian, denied that his faith, domestic politics or trying to curry favor with the United States influenced his decision in any way, according to Bloomberg.