Military reporters were treated to a surprise briefing from a special guest at the Pentagon on Monday.

The speaker wasn’t Defense Secretary Jim Mattis, the salty former Marine general who takes pains to reveal as little as possible to the press. Nor was it senior Pentagon spokeswoman Dana White, who hasn’t held a news conference since May.

Instead, Scottish actor Gerard Butler — of “300” fame — appeared in the briefing room to talk about his experience working with the U.S. Navy for his new movie “Hunter Killer.” In the film, Butler plays the captain of a fast attack boat who has been tasked with rescuing the kidnapped Russian president in order to avert World War III.

The Navy allowed Butler and “Hunter Killer” director Donovan Marsh to spend dozens of hours on its submarines, special access that Butler says translated to a more realistic portrayal of life on combat ships.

“I’d like to thank the Navy for all their help because we couldn’t have done it without them — or we could, but it would not have been a good movie,” he told reporters, according to the military news website Task & Purpose.

Butler’s promotional appearance before the Pentagon press corps illustrated how the Defense Department supports films that portray the military in a positive light, particularly to potential recruits. But some reporters questioned the decision to make Butler available for questioning about a fictional military operation when top Pentagon officials rarely talk on the record about American’s real-life wars.

As Task & Purpose noted, Butler has given more Pentagon briefings in the past five months than White, whose entire job entails talking to reporters about what the military is doing. Among defense reporters, there is a sense that top Pentagon officials, including Mattis, are closing off access to information that used to be provided as a matter of routine.

“It’s definitely like no time that I’ve ever seen, and this is my 10th year on the Pentagon beat,” Kevin Baron, the editor of Defense One, told POLITICO. “We used to have the secretary of defense and the chairman of the joint chiefs side by side in briefing room at least once a month, and if we didn’t get once a month, we complained. We’re so far beyond the way things used to be, and it’s all because of Trump.” 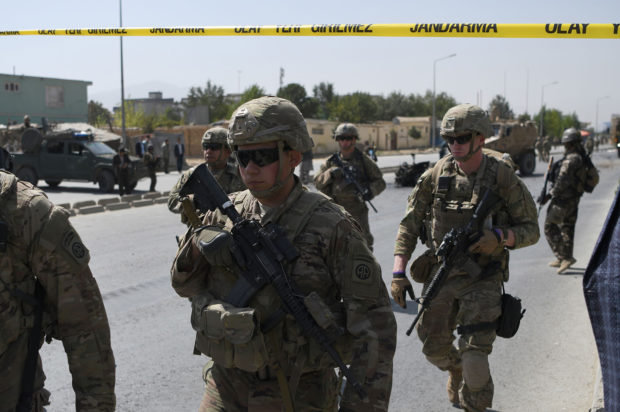 Butler’s briefing comes as the U.S. is directly fighting or supporting at least six wars on three continents, plus dozens of counterterrorism missions at any given time. Under Trump, the war in Afghanistan has stretched into its 18th year with no discernible end in sight, while Washington is preparing for a long-term military intervention in Syria. (RELATED: Trump’s Syria Envoy Confirms US Commitment To Another Open-Ended War In The Middle East)

In Yemen, the U.S. is supporting a Saudi Arabia-led coalition in its campaign to oust Houthi rebels from power. Washington’s involvement, which includes aerial refueling, surveillance and targeting assistance, is increasingly being questioned amid weekly reports of atrocities committed by coalition forces against Yemeni civilians.

The lack of transparency about those conflicts caused some reporters to lash out when they discovered that Butler, not an actual Pentagon official, would be giving a briefing on Monday.

“This is gross. US troops are in more than 150 countries and there’s been no briefing in 5 months,” NBC News reporter Cal Perry wrote on Twitter. “The American people must be informed about what the military is doing around the globe. Do it today. Our armed forces are putting their lives on the line today & everyday.”