Piers Morgan was criticized on Tuesday for trying to shame actor Daniel Craig and questioning the star’s masculinity over a snap of him being a dad with his child in a baby carrier.

It started after the 53-year-old former CNN host tweeted a picture of the James Bond star sporting a baseball cap and wearing a front carrier papoose with his daughter inside. He tweeted along with the shot, “Oh 007 … not you as well?!!! #papoose #emasculatedBond.” 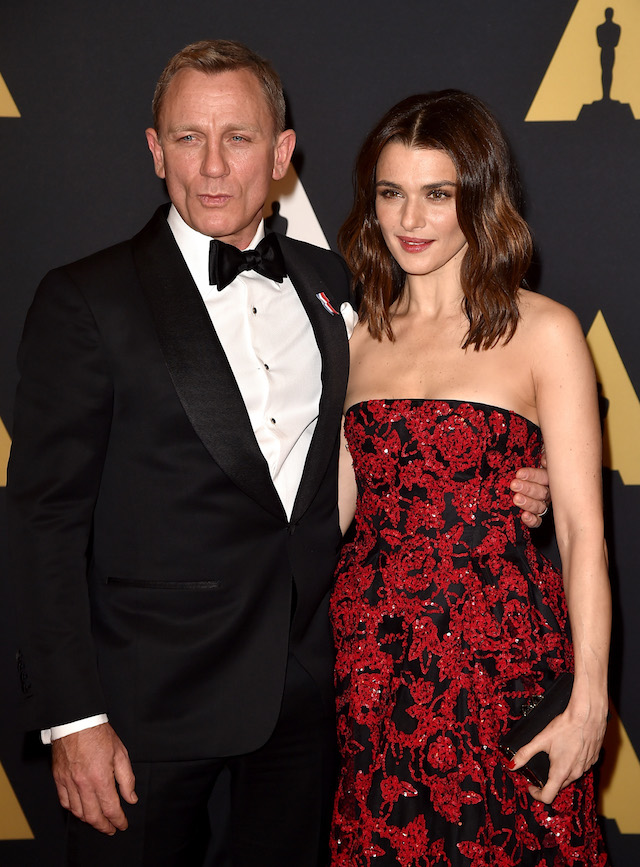 In response, stars like Chris Evans, Bette Middler and others slammed the “Good Morning Britain” host for attacking Craig. (RELATED: Daniel Craig Confirms He Will Return As James Bond)

“You really have to be so uncertain of your own masculinity to concern yourself with how another man carries his child. Any man who wastes time quantifying masculinity is terrified on the inside,” the 37-year-old Marvel star tweeted.

You really have to be so uncertain of your own masculinity to concern yourself with how another man carries his child. Any man who wastes time quantifying masculinity is terrified on the inside. https://t.co/9jsHZ3WKRn

“Real men care for their offspring. Emasculated? Far from it,” Jennifer Granholm tweeted to her thousands of followers.

Real men care for their offspring. Emasculated? Far from it.

Yes, if only he could sport badly dyed cotton-candy hair painstakingly swirled like a cinnamon bun to cover scalp surgeries — AND IF ONLY he could lie countless hours on a tanning bed to keep his complexion a bright, crispy orange. Then — and only then — would he be a real man.

There is nothing more masculine than a Father taking an active role in nurturing and looking after his child.

About time more in the media celebrated this, I mean aren’t you right-wing oddballs always bleating on about lack of family values?

Fellas, is it gay to have a child with your wife https://t.co/ZXiTfyK547

Some men even decided to tweet pictures of them carrying their babies in response to Morgan.

My wife carried my son for 37 weeks. I proudly carried him around the block. #fatherhood #babywearingdad pic.twitter.com/8QSRhQ3vC0

Hey, I’m definitely not as manly as Daniel Craig, but it’s nice to see we carry our kids the same way. Get a life @piersmorgan. pic.twitter.com/hxeiQLF76B

take it from this woman – there’s nothing more attractive in a man than the capacity to nurture, be it wife or children!

Hey @piersmorgan my husband used to carry my boys around in a #papoose so I could get some rest. It made me love him even more. God bless our sweet husbands who “Bond” with our babies. pic.twitter.com/WKzpnfiACR

Morgan then responded that he wasn’t commenting on the fact that Craig was carrying a baby but that it was in a papoose instead of in his arms. He then posted a picture of himself holding a baby doll during a red carpet appearance Tuesday night.

On the red carpet tonight.. now THIS is how you hold a baby. #NoPapoose #ITVPalooza pic.twitter.com/GOboP0wd19