Facebook reportedly took down Louis Farrakhan’s anti-Semitic video on Thursday after it was reported, despite Twitter’s decision to allow the post to stay up.

Farrakhan, the leader of the Nation of Islam, tweeted a video of himself giving a speech on Sunday in Detroit to mark the 23rd anniversary of the Million Man March. (RELATED: Twitter Rules Louis Farrakhan Comparing Jewish People To Termites Doesn’t Violate Guidelines)

“To the members of the Jewish community that don’t like me, thank you very much for putting my name all over the planet … I’m not mad at you, ’cause you’re so stupid,” he said during the event. “So when they talk about Farrakhan, call me a hater, you know they do, call me an antisemite — stop it! I’m anti-termite! I don’t know nothing about hating somebody because of their religious preference.”

Facebook took down the post, according to Yair Rosenberg, a reporter for Tablet Magazine, and it does not appear in a search of Farrakhan’s Facebook page.

Facebook just took down that Farrakhan “Jews are termites” video, which he had posted on his Facebook page for his 1 million followers on the platform. https://t.co/qXulWfZzQd

“The video was taken down because it violated our hate speech policies. In addition to stating that he’s ‘not an anti-Semite’ but is ‘anti-termite,’ Minister Louis Farrakhan also refers to Jews as termites, which amounts to Tier 1 hate speech,” a Facebook spokesperson told The Daily Caller.

In stark contrast to Facebook’s decision, Twitter announced on Wednesday that his video does not violate any of their current policies.

At the end of September, Twitter announced the platform was going to expand its guidelines to include “dehumanizing speech.” The policy prohibits “content that dehumanizes others based on their membership in an identifiable group, even when the material does not include a direct target,” however it has not taken effect yet. 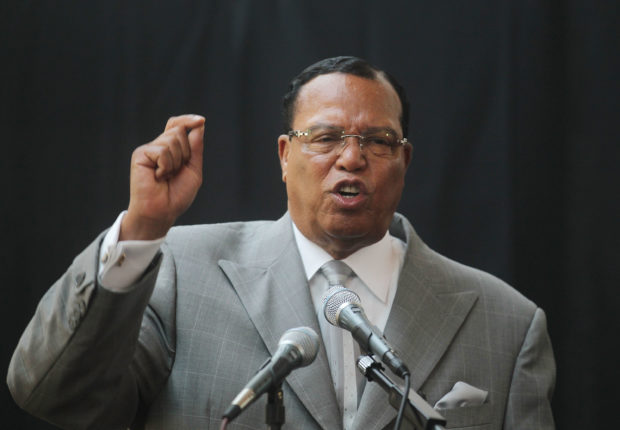 Farrakhan has a long history of anti-Semitism and preaching homophobic and anti-white sentiment.