Rosie O’Donnell said on MSNBC Thursday that she wants to send the U.S. military to the White House to “get” President Donald Trump.

O’Donnell made the comments while appearing in a wild segment of Nicolle Wallace’s MSNBC show called “Deadline: White House.” O’Donnell was describing how she was depressed for a year after Trump was elected when she proposed a coup of the presidency.

“What I wrote on Twitter was we should impose martial law until we make sure the Russians weren’t involved in the final tally of the votes. … And people were like, ‘Martial law? What’s wrong with you?'” Rosie opined.

“I want to send the military to the White House to get him,” O’Donnell announced.

The MSNBC panel of journalists and pundits burst into laughter.

“I don’t know if I can top that,” Washington Post’s Eugene Robinson said amid the laughter. “That’s actually a pretty good idea.”

Rosie, who has professionally feuded with Trump for years, did call for martial law to be imposed soon after Trump’s victory in 2016.

I FULLY SUPPORT IMPOSING MARTIAL LAW – DELAYING THE INAUGURATION – UNTIL TRUMP IS “CLEARED” OF ALL CHARGES https://t.co/fUn8FZ8RTj

She called for Trump to be arrested before his inauguration in January 2017.

The New York Post reported in May that O’Donnell made donations to Democrats that exceeded the legal limit. 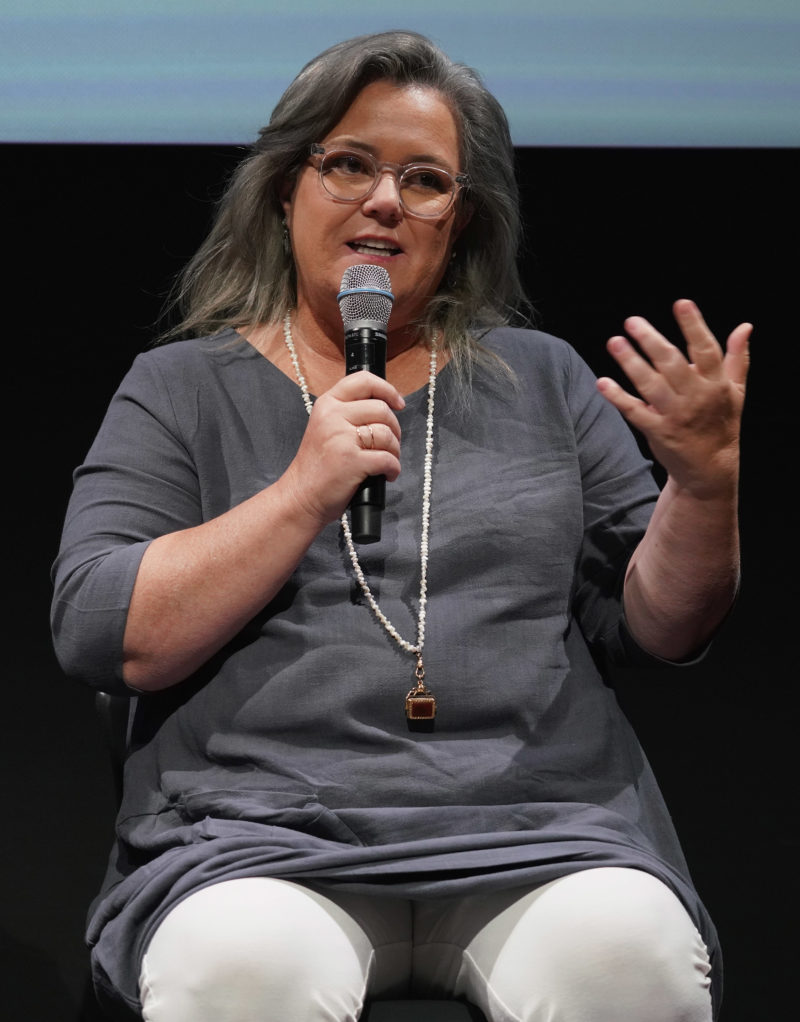 Rosie O’Donnell speaks during the Showtime Emmy FYC Screening Of SMILF at The Whitney Museum on May 8, 2018 in New York City. (Photo by Cindy Ord/Getty Images for Showtime)

She admitted she didn’t realize there was a legal limit, and thought that candidates would automatically refuse the money if it was more than what federal election law allows.

“I was not choosing to over donate,” she told the Post. “If 2700 is the cut off — [candidates] should refund the money. I don’t look to see who I can donate most to … I just donate assuming they do not accept what is over the limit.”

“My anxiety is quelled by donating to those opposing Trump [and] his agenda — especially at night — when most of these were placed,” she said.

“People are paid, Chris,” she claimed. “We know that. People were paid since he went down on the escalator. He pays people to show up at those rallies.”