For the second time in 2018, pirates based from Somalia attacked a foreign flagged vessel off the coast of Africa.

According to a report from Reuters, pirates attempted to board a Hong-Kong-flagged ship but were driven back by onboard security forces who engaged the pirates with small arms on Tuesday. 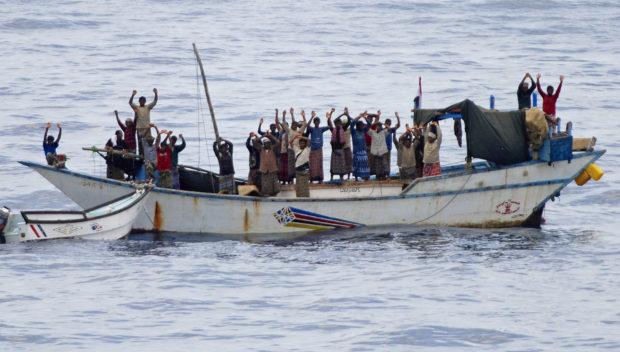 Hostages and pirates stand with their hands up before the intervention of Dutch NATO soldiers off Somalia’s coast in this NATO handout photo made available April 18, 2009. Dutch commandos freed 20 Yemeni hostages on Saturday and briefly detained seven pirates who had forced the Yemenis to sail a “mother ship” attacking vessels in the Gulf of Aden, NATO officials said. REUTERS/NATO/Handout (SOMALIA CONFLICT SOCIETY POLITICS MILITARY IMAGE OF THE DAY TOP PICTURE) FOR EDITORIAL USE ONLY. NOT FOR SALE FOR MARKETING OR ADVERTISING CAMPAIGNS – GM1E54J03X601

The European Union Naval Force (EUNAVOR) stated that it had seen a decline in the number of such attacks since the organization began routine deployment of forces to the area.

“Due to the application of BMP (best management practices) protection measures by the master, his crew and the private security team, the piracy attack was thwarted and the crew and vessel remained safe,” EUNAVOR said in a statement, according to Reuters. “There was a sustained exchange of fire before the skiff with several armed people on board broke off and changed course away from the MV,” 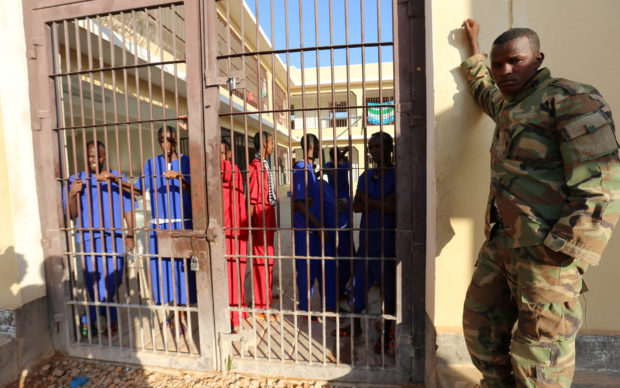 FILE PHOTO: Former Somali pirates stand behind bars in a yard at the Garowe prison where they are serving sentences in the Puntland region of northeastern Somalia, December 14, 2016. REUTERS/Feisal Omar/File Photo – RC1A411BA420

Many container ships will intentionally avoid traveling near the Horn of Africa since pirates are known to inhabit the waters. According to a report from Vox, pirate attacks began in earnest around 2005; when armed militias that were initially organized to deter illegal fishing vessels began pirating ships off the Somalian coast. The worst year for piracy was 2011 with a record 237 reported attacks.