Arizona Democratic Senate candidate Kyrsten Sinema in a 2006 interview characterized stay-at-home moms as “leeches” who essentially cash checks “off their husbands or boyfriends.”

“These women who act like staying at home, leeching off their husbands or boyfriends, and just cashing the checks is some sort of feminism because they’re choosing to live that life,” Sinema told Scottsdale nightlife magazine 944 in 2006. “That’s bullshit. I mean, what the f*** are we really talking about here?” 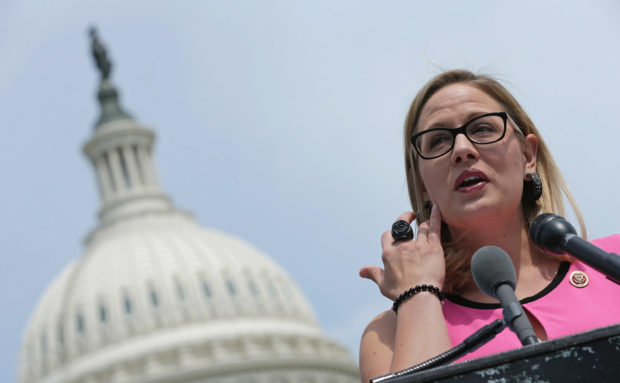 The Phoenix New Times dug up the quote in 2012 as a part of a story about her “verbal flubbery,” stating that it got “Sinema in hot water at the time.” The Federalist’s Bre Payton brought it to light again as Sinema seeks promotion to the Senate.

Sinema, the Phoenix New Times reported in 2012, “quickly walked back on [the stay-at-home moms statement], claiming that the interview was meant to be an over-the-top Daily Show-type spoof, and that she really did value moms of all stripes.”

“Sinema has always suffered, and continues to suffer from foot-in-mouth disease,” the newspaper wrote, long before her bid to replace retiring Jeff Flake in the U.S. Senate.

In 2003 Sinema said she had no problems with Americans who wanted to join the Taliban. (RELATED: Kyrsten Sinema Won’t Say If She Regrets Taliban Comment)