President Donald Trump said Nevada Republican Sen. Dean Heller “was there right from the beginning” to confirm Supreme Court justices Neil Gorsuch and Brett Kavanaugh at a rally in Elko, Nevada, on Saturday.

“By the way, I have to thank Dean Heller for helping us with Justice Gorsuch and Justice Kavanaugh,” Trump said. “Dean Heller was there. Dean Heller was there right from the beginning. So, Democrats produce mobs, Republicans produce jobs … hashtag — that’s called ‘hashtag.’ That’s a new hashtag, that’s a hot one. This November, vote for jobs — not mobs.”

Heller voted to confirm Kavanaugh in early October as he competed against Democratic Rep. Jacky Rosen in a state that Hillary Clinton carried in the 2016 presidential election.

Trump referred to her as “Wacky Jacky” throughout the rally.

“When it came to tax cuts, there was nobody smarter or tougher” than Heller, Trump added.

“We’re honored to be joined today by your next governor, Adam Laxalt,” Trump said when he introduced Laxalt at the rally. “He’s a great guy. I’ve known Adam for a long time.” 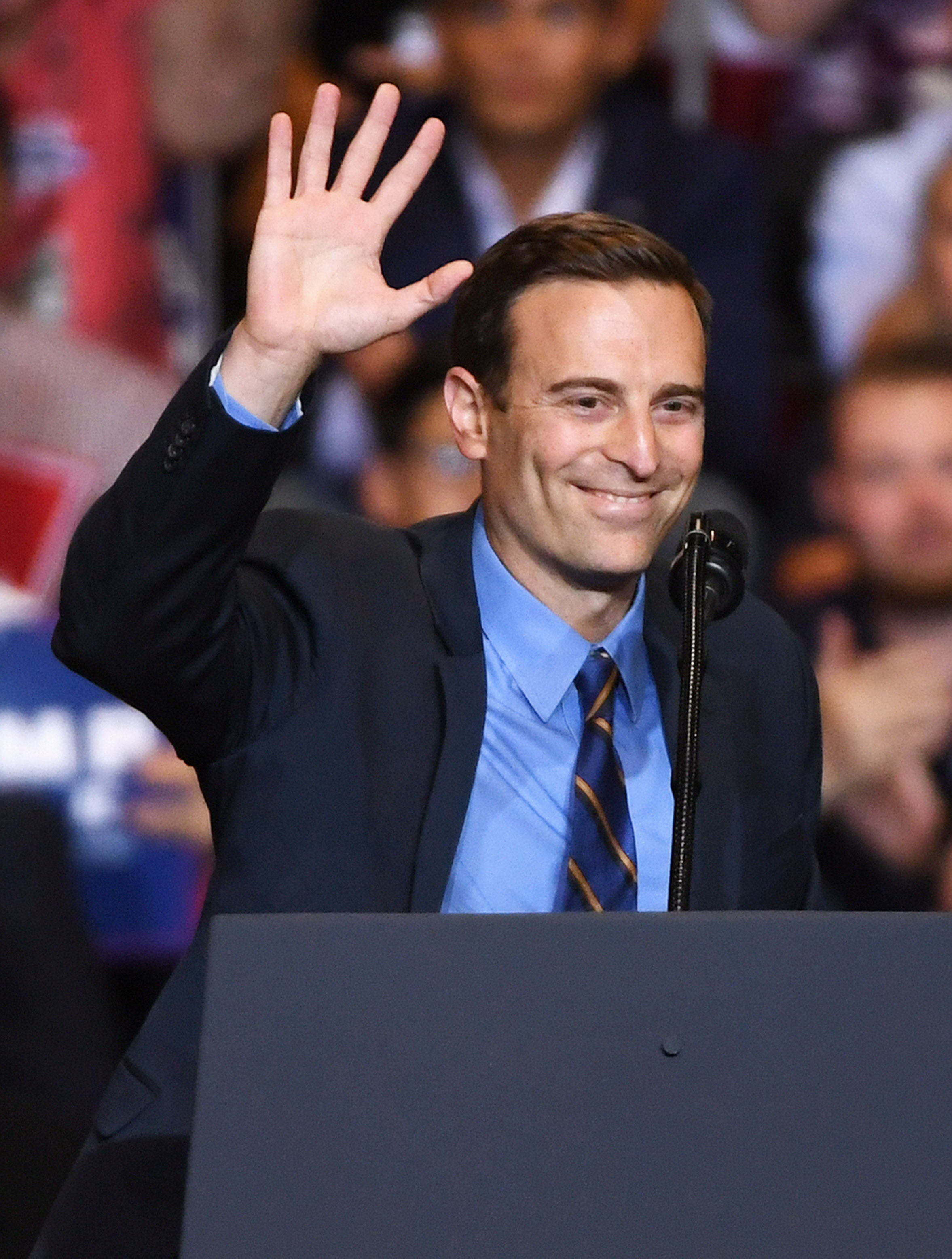 “His opponent is a far-left Democrat, you know that, who wants to massively raise your taxes,” Trump said. “He wants to raid your health care. He wants to fund socialism, because that’s what it is, and he wants to open your border wide open. Other than that, he’s a great guy.”

Trump warned that the U.S. will “be another Venezuela” if Heller’s and Laxalt’s opponents gain victory.