Nevada Republican Sen. Dean Heller touted his good relationship with President Donald Trump while debating Democratic Rep. Jacky Rosen Friday evening, even though he said they “fought like cats and dogs” at first.

” … the president and I now get along,” Heller said. “And it’s true — ask the president. We fought like cats and dogs. What happened was success … He became president of the United States, we started working together … and it built trust. When you have success, it builds trust. When you build trust, it builds friendships. We have President Trump coming to Elko tomorrow, and he’s going to spend some time out there, and I’m going to spend some time with him.”

“Yeah, we had our differences and we’ll continue to have our differences,” Heller said about Trump during Friday’s debate. “I don’t agree with everything he says, but I do agree with most of what he does. He has been incredible with this economy. He’s done a great job. He’s been great with our veterans. He’s been great with our military. He is doing a bang-up job on trade … [he] is moving our country forward. If my opponent had it her way, she’d go back to Obama and take this country backwards.”

Rosen responded by talking about Heller as a “rubber stamp” for Trump multiple times.

“When Senator Heller is a rubber stamp for President Trump and his best friend Vladimir Putin, it’s something to be worried about,” Rosen said Friday. “We need to be sure that our elections are free, they’re fair, they’re open — that there’s no voter suppression.” (RELATED: Exclusive: He’s Running For Governor As A Single Dad, But His Ex-Wife Says He Treated Her ‘Like A Prisoner,’ Bruised Her Neck)

Heller is the only Republican incumbent senator running for midterm re-election in a state that former Secretary of State Hillary Clinton won in the 2016 presidential election, according to Ballotpedia. 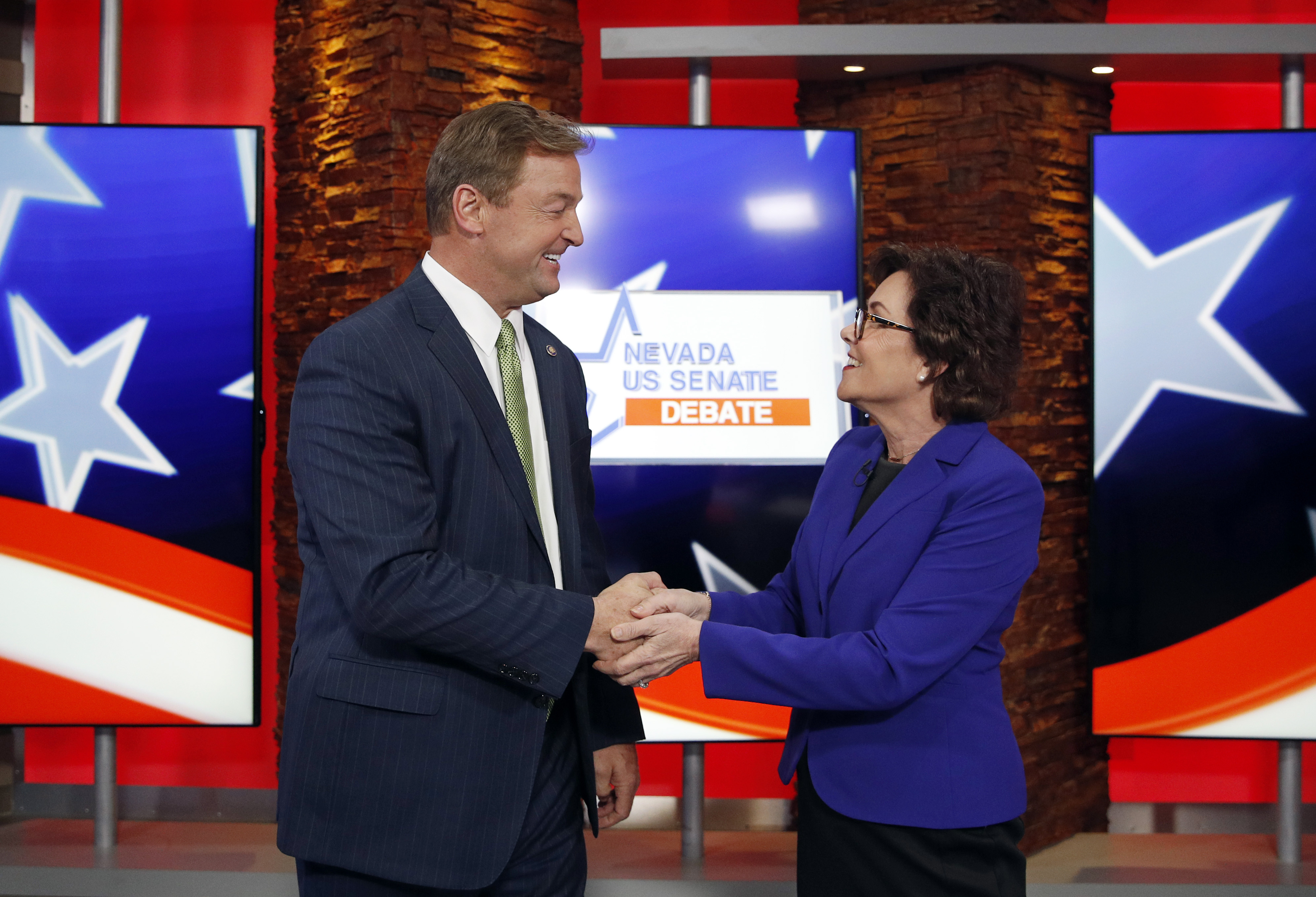 A mid-October poll showed Heller with a healthy lead over Rosen, although his lead over the Democrat has been within the margin of error in several previous polls. The race is rated as a toss-up by RealClear Politics.

Rosen is a first-term congresswoman from Nevada’s 3rd congressional district.