The Associated Press on Sunday changed a headline after a backlash from liberals furious at the AP for describing a caravan of illegal immigrants heading towards the United States as an “army of migrants.”

“A ragged, growing army of migrants resumes march toward US,” read the original headline on the AP story. The AP later changed the headline to replace the word “army” with “caravan.”

Though the AP has used the word “army” to refer to large groups of people besides migrants — including nurses and political activists — many on the political left criticized the wire service for its original headline. 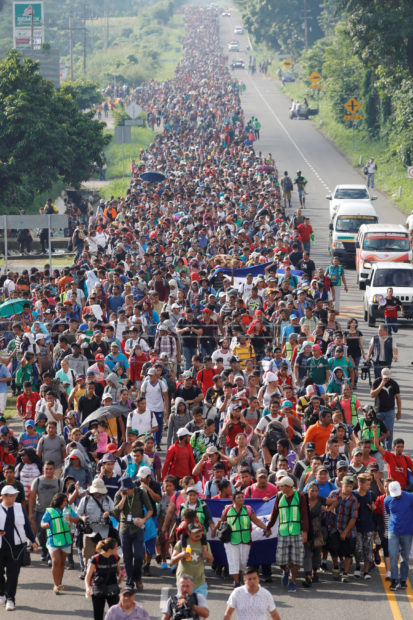 Central American migrants walk along the highway near the border with Guatemala, as they continue their journey trying to reach the U.S., in Tapachula, Mexico October 21, 2018. REUTERS/Ueslei Marcelino

“This is not only incorrect, but it enables a racist narrative sold by this @POTUS and his supporters,” wrote liberal Rolling Stone writer Jamil Smith. “Armies invade. These people are running away.” (RELATED: Video Shows Hundreds Of Caravan Migrants Breaking Border Fence And Pouring Into Mexico) 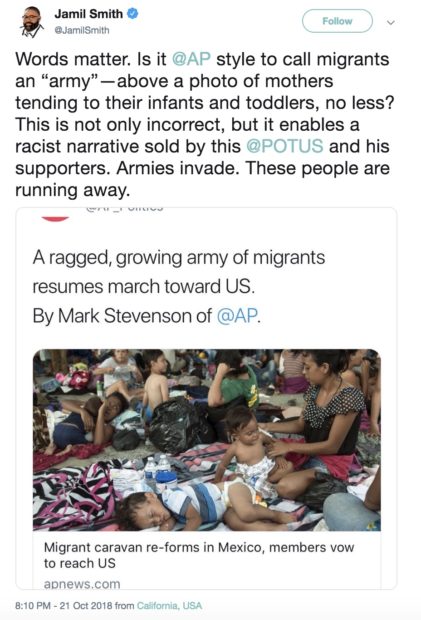 Bob Brigham, a writer for left-wing website Raw Story, accused the AP of spreading “#FakeNews” and a “lie” about the migrant caravan. 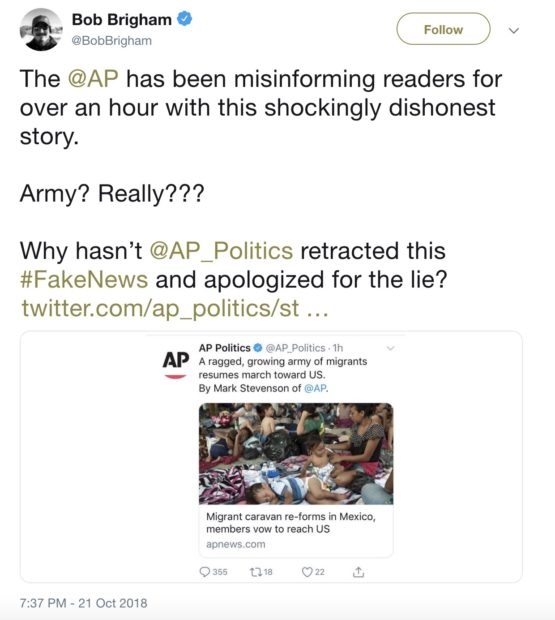 “This may be one of the worst headlines I’ve ever seen from a major media outlet. Pure rightwing framing,” claimed liberal activist Peter Daou.

What does the AP Style Guide say about using the word “army” to describe desperate families who lack any guarantee of adequate nourishment as they flee destruction and head on foot across a desert toward a heartless regime that steals children and threatens to deploy a real army?

Hey @AP —it’s not an army. Really inappropriate to call it as such. Do better. https://t.co/uu40KFCunN

The AP did not immediately return a request for comment on the headline change.

President Donald Trump has threatened to close the southern border between the U.S. and Mexico and cease aid to some Central American countries in order to stop the caravan.