Evie Fordham Politics and Health Care Reporter
October 22, 2018 4:50 PM ET
Font Size:
The Museum of the Bible in Washington, D.C., announced there are “significant doubts” about five of its fragments from the Dead Sea Scrolls and has removed them from view, according to a press release from the museum Monday.

“All the artifacts on display at the museum have been reviewed for authenticity,” a spokesperson for the museum told The Daily Caller News Foundation Monday. “From the beginning, however, Museum of the Bible was candid about the uncertainty about its Dead Sea Scrolls collection. It’s a time-consuming and costly process to conduct the testing, which was just completed earlier this month.” 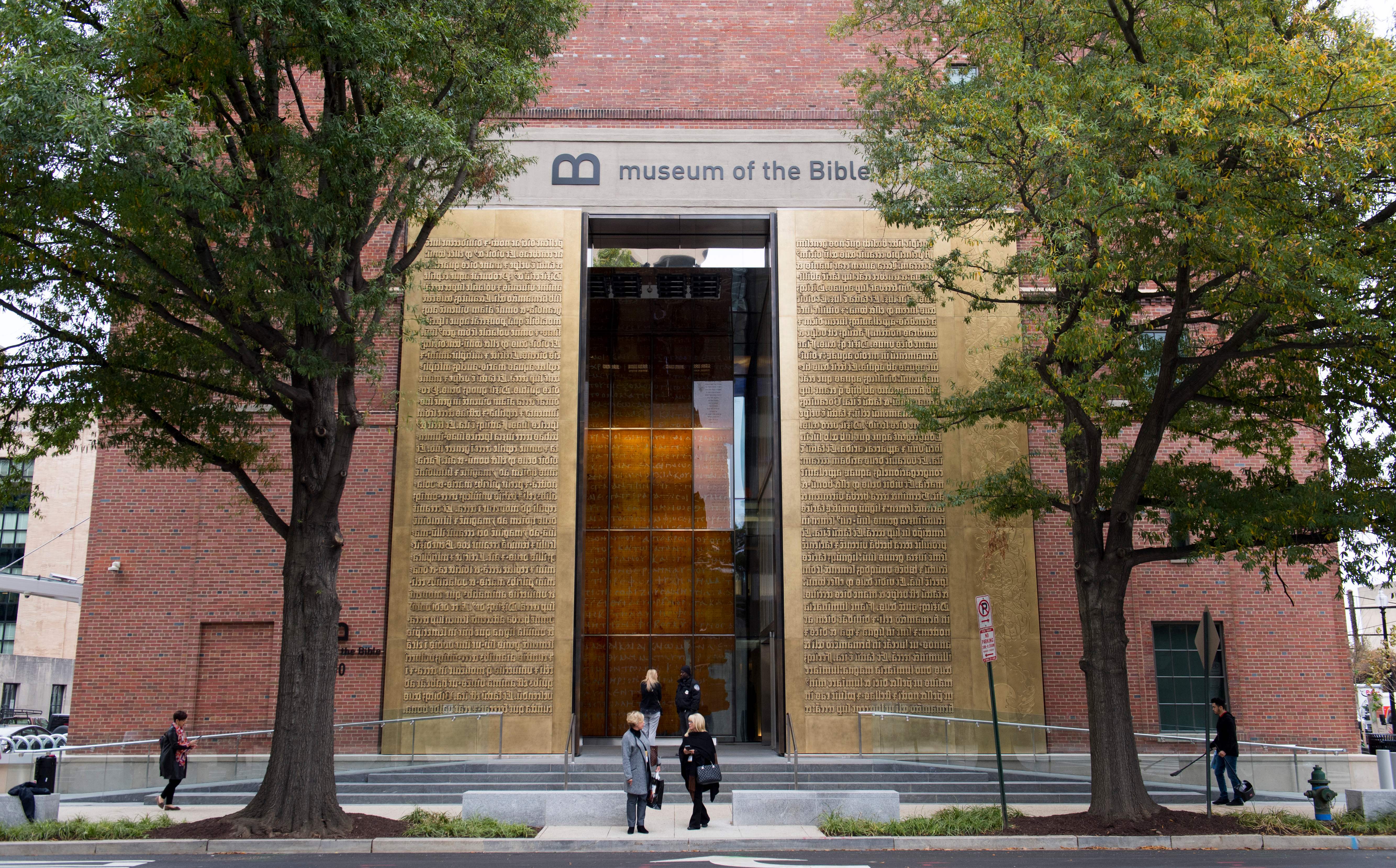 The museum hired a third-party German firm to test the fragments, which scholars had raised questions about since at least 2016, reported National Geographic.

“Any reputable Bible museum almost has to have Dead Sea Scrolls,” the museum’s director of collections, David Trobisch, told CNN in 2017.

The Dead Sea Scrolls are the oldest copies of biblical texts ever found — some are believed to be 2,000 years old, according to National Geographic.

The museum “removed these fragments from display, replacing them with three other fragments that will be on exhibit pending further scientific analysis and scholarly research,” the press release stated.

“Though we had hoped the testing would render different results, this is an opportunity to educate the public on the importance of verifying the authenticity of rare biblical artifacts, the elaborate testing process undertaken and our commitment to transparency,” Jeffrey Kloha, the museum’s chief curatorial officer, stated in the press release. “As an educational institution entrusted with cultural heritage, the museum upholds and adheres to all museum and ethical guidelines on collection care, research and display.”

Work by three scholars, including Kipp Davis of Trinity Western University, prompted the Museum of the Bible to test some of the fragments.

“It took a long time to come to the point where I became convinced … [that] a few of these are probably not authentic — at least a few,” Davis said in 2017, according to National Geographic. 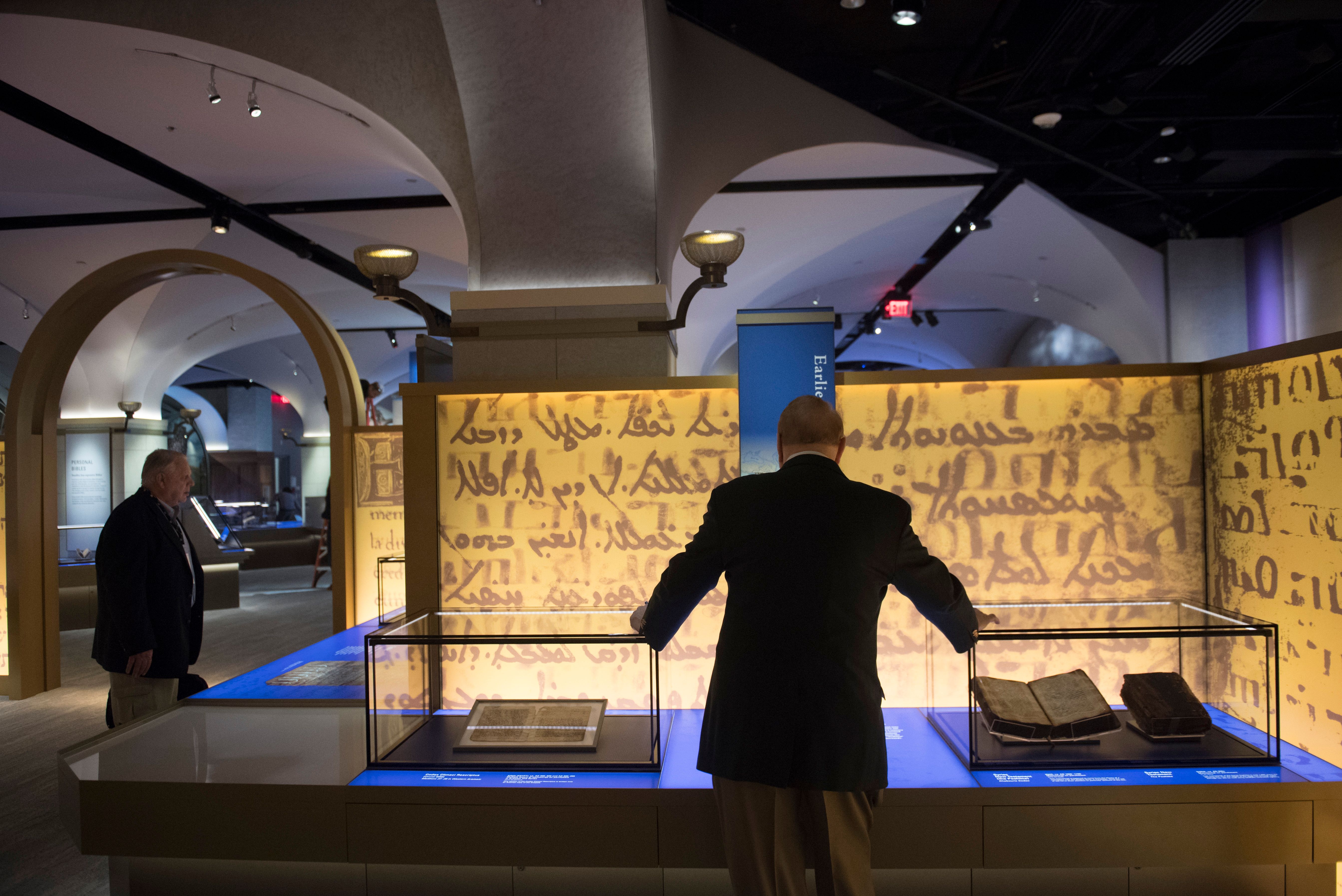 Visitors tour the “History of the Bible” exhibit during a media preview of the new Museum of the Bible, a museum dedicated to the history, narrative and impact of the Bible, in Washington, DC, November 14, 2017. SAUL LOEB/AFP/Getty Images

The museum funded some of Davis’s studies of the Dead Sea Scrolls fragments, according to the release.

“My research has focused primarily on two aspects of Museum of the Bible’s fragments: scribal quality and technique in the penning of the texts as well as the physical composition and current state of the manuscript media,” Davis previously said. “My studies to date have managed to confirm upon a preponderance of different streams of evidence the high probability that at least seven fragments in the museum’s Dead Sea Scrolls collection are modern forgeries, but conclusions on the status of the remaining fragments are still forthcoming.”

The museum had displayed the five fragments since it opened in November 2017 along with exhibit labels with “information to educate guests about the importance of determining authenticity and about some scholars’ skepticism of the fragments’ authenticity,” according to the press release.

“Anybody who thinks that in a gigantic museum that there’s going to be no item [with disputed authenticity], it’s like believing that there’s no amoeba in your water,” New York University biblical scholar Lawrence Schiffman told National Geographic in 2017. “The museum did everything they’re supposed to do.”

Schiffman consulted with the museum on its Dead Sea Scrolls presentation, according to National Geographic.