President Trump continued his contentious relationship with CNN’s Jim Acosta Tuesday afternoon in the Oval Office. Acosta asked Trump a series of questions and follow-ups that the president ultimately shut down.

Acosta initially asked about Trump’s comments Monday night during a rally in Texas when he called himself a “nationalist.”

“If you could just settle some of the confusion over your comments about what you mean when you say you are a ‘nationalist’?” Acosta asked. 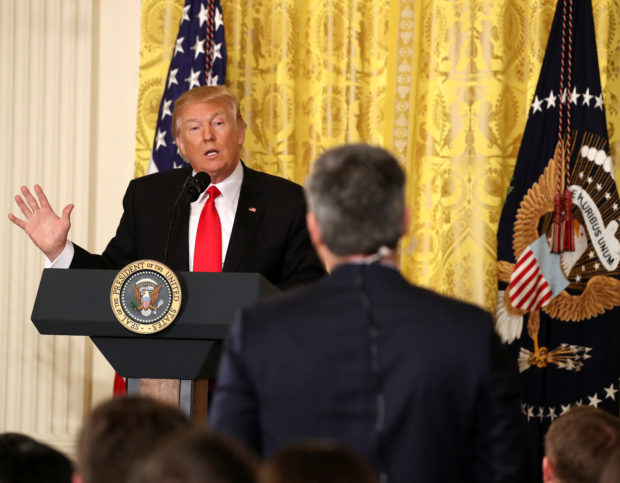 WASHINGTON, DC – FEBRUARY 16: U.S. President Donald Trump answers a question from CNN’s Jim Acosta during a news conference announcing Alexander Acosta as the new Labor Secretary nominee in the East Room at the White House on February 16, 2017 in Washington, DC. The announcement comes a day after Andrew Puzder withdrew his nomination. (Photo by Mark Wilson/Getty Images)

“I love our country,” Trump replied, “Our country has taken second fiddle. If you look at the trade deals, I am knocking out some of the worse deals I have ever seen. We give them our wealth and they don’t treat us properly. And we are taking care of their military for a fraction of the cost.” (RELATED: Report: Trump Preparing To Ditch Nuke Treaty That Russia Has Violated Repeatedly)

Acosta then began to pepper the president with more questions. Trump interrupted, saying, “I will get back to you. Wait, wait, wait. Wait. I’m going to get back to you.” 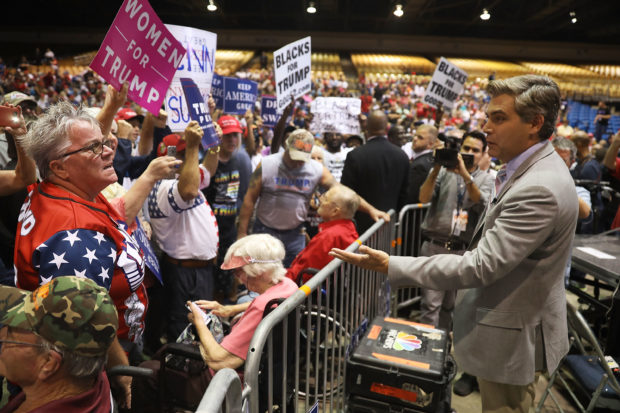 Acosta complained, “Can I ask my follow-up question?”

“No, not now. I will get back to you. You can’t take the whole thing. We have a number of other fine reporters,” Trump responded, turning from Acosta. “Go ahead, yes. I’m behind you, please.”

Acosta was eventually able to ask his follow-up later in the press spray. It was about if the word “nationalist” meant “white nationalist.”

Trump shut down Acosta again, saying he has never heard of that.