President Donald Trump’s rally for Republican Sen. Ted Cruz will not be held in the largest stadium in Texas as Trump once said, but according to the massive crowds of people showing up, it may as well have been.

The Trump campaign revamped the rally from simply an evening event, to an all-day tailgate after Texans showed interest in attending, reported The Daily Mail. Approximately 100,000 people RSVP’d to see the president and the Texas senator join forces Monday.

Trump announced in August that he will hold the campaign rally for Cruz, which was originally scheduled to be located at NRG Arena in Houston.

“I will be doing a major rally for Senator Ted Cruz in October. I’m picking the biggest stadium in Texas,” Trump tweeted. “As you know, Ted has my complete and total Endorsement. His opponent is a disaster for Texas – wear on Second Amendment, Crime, Borders, Military, and Vets!” (RELATED: Trump Moves Rally For Ted Cruz To Bigger Venue After ‘Huge’ Response For Tickets)

NRG Arena holds only 10,000 people, not nearly the largest arena in Houston, let alone Texas. However, the venue was changed on Thursday to the Toyota Center in Houston after the “HUGE and unprecedented” response for tickets. The Toyota Center has a capacity of over 18,000.

So. Many. People.
Here’s a look from our chopper at the crowds lined up 7 1/2 hours before the @realDonaldTrump MAGA rally in Houston. The President is coming to Texas to support @tedcruz #KHOU11 pic.twitter.com/j1o0VHjiy3

The largest stadium in Texas is Kyle Field in College Station, which holds roughly 102,000 attendees. While the rally will not be held there, the rally’s reported 100,000 RSVPs would fill up the stadium if it were.

There is a sea of red hats outside Toyota Center for the Trump/Cruz rally. It’s still 5 hours before the show.

Thousands of Trump and Cruz fans have been lined up outside of the stadium for hours, with many even camped out over night, reported ABC13 in Houston. People have even been in line since noon on Sunday, even though doors to the event don’t open until 3:30 p.m. on Monday. 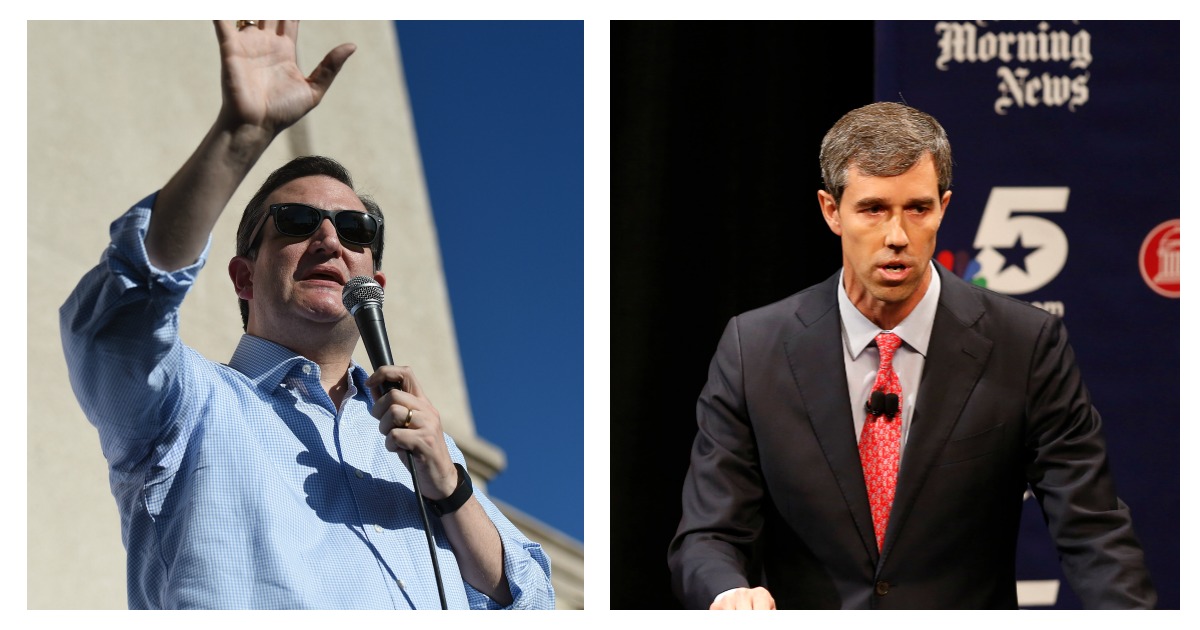 Despite Cruz’s Senate challenger, Democratic Rep. Robert O’Rourke, raising more than three times as much as the Texas senator in the third quarter of 2018, polling shows Cruz is leading the race. At 52 percent, Cruz is ahead of O’Rourke by seven points, according to a poll of likely voters released on Tuesday. This marks the fourth poll in a row where Cruz has received more than half of the total vote.