Tallahassee Mayor and Florida gubernatorial candidate Andrew Gillum defended himself during Wednesday night’s debate against his opponent from the notion that an FBI investigation is ongoing into whether he accepted gifts from an undercover FBI agent.

“I take responsibility for not having asked more questions,” he stated, according to The Hill. “But let me tell you, I’m running for governor. In the state of Florida, we have many issues. And tickets to Hamilton ain’t one of them.” 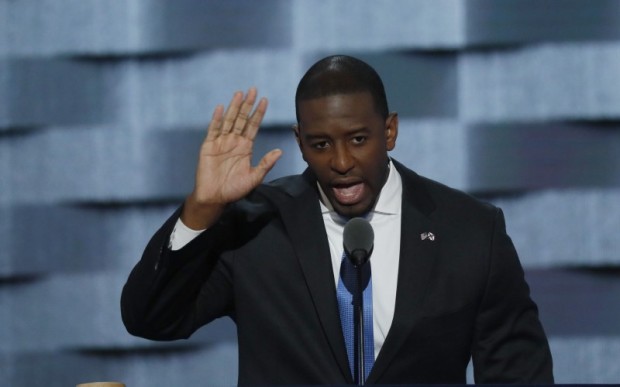 “He wants you to believe that he’s not under investigation,” Ron DeSantis, the Republican candidate, responded. “Why would an undercover FBI agent posing as a contractor give you a ticket to Hamilton?” (RELATED: Records Show Undercover FBI Agents Gave Andrew Gillum Broadway Tickets, Reefutinig His Campaign’s Claims)

Text messages made public Tuesday showed that in 2016, Gillum and a friend, Adam Corey, received tickets to the Broadway show “Hamilton” from an FBI agent posing as a real estate developer.

That undercover agent was investigating corruption in the city of Tallahassee, including the awarding sweetheart deals to developers and businessmen.

Gillum and Corey also went to Costa Rica with the agent. Gillum has been accused of not paying for his share of the trip.

He addressed the investigation earlier on Wednesday as well, saying, “The Republicans obviously want to distract, want to suggest. All along throughout this … they’ve wanted the people of this state to believe somehow I haven’t deserved what I’ve gotten, I’m unethical, participated in illegal and illicit activity. I mean, you name it.”