A Chinese official denied the validity of a Wednesday New York Times report alleging the country eavesdrops on President Donald Trump’s personal iPhone, suggesting he switch to a Huawei phone.

A report from The New York Times reported that unnamed White House sources and U.S. intelligence reports claim that conversations Trump has with friends and acquaintances can be monitored by China.

China’s Ministry of Foreign Affairs official, Hua Chunying, labeled the claims “fake news” and mocked Apple’s iPhone security, suggesting, “If they are very worried about iPhones being tapped, they can use Huawei,” according to a Thursday follow-up. (RELATED: Mattis Conducts Canceled Meeting With China After Us Bombers Fly Over Contested Islands)

Trump denied that his phone is being tapped by the Chinese government and lambasted The Times’ report in a tweet sent Thursday.

The so-called experts on Trump over at the New York Times wrote a long and boring article on my cellphone usage that is so incorrect I do not have time here to correct it. I only use Government Phones, and have only one seldom used government cell phone. Story is soooo wrong!

The Times reported that the U.S. can isolate and eavesdrop on any call going through a domestic cell tower or landline, saying Chinese surveillance infrastructure could do the same. Hua compared The Times’ accusations of direct Chinese access to Trump’s cell to an entry for “the Academy Award for Best Original Screenplay.” 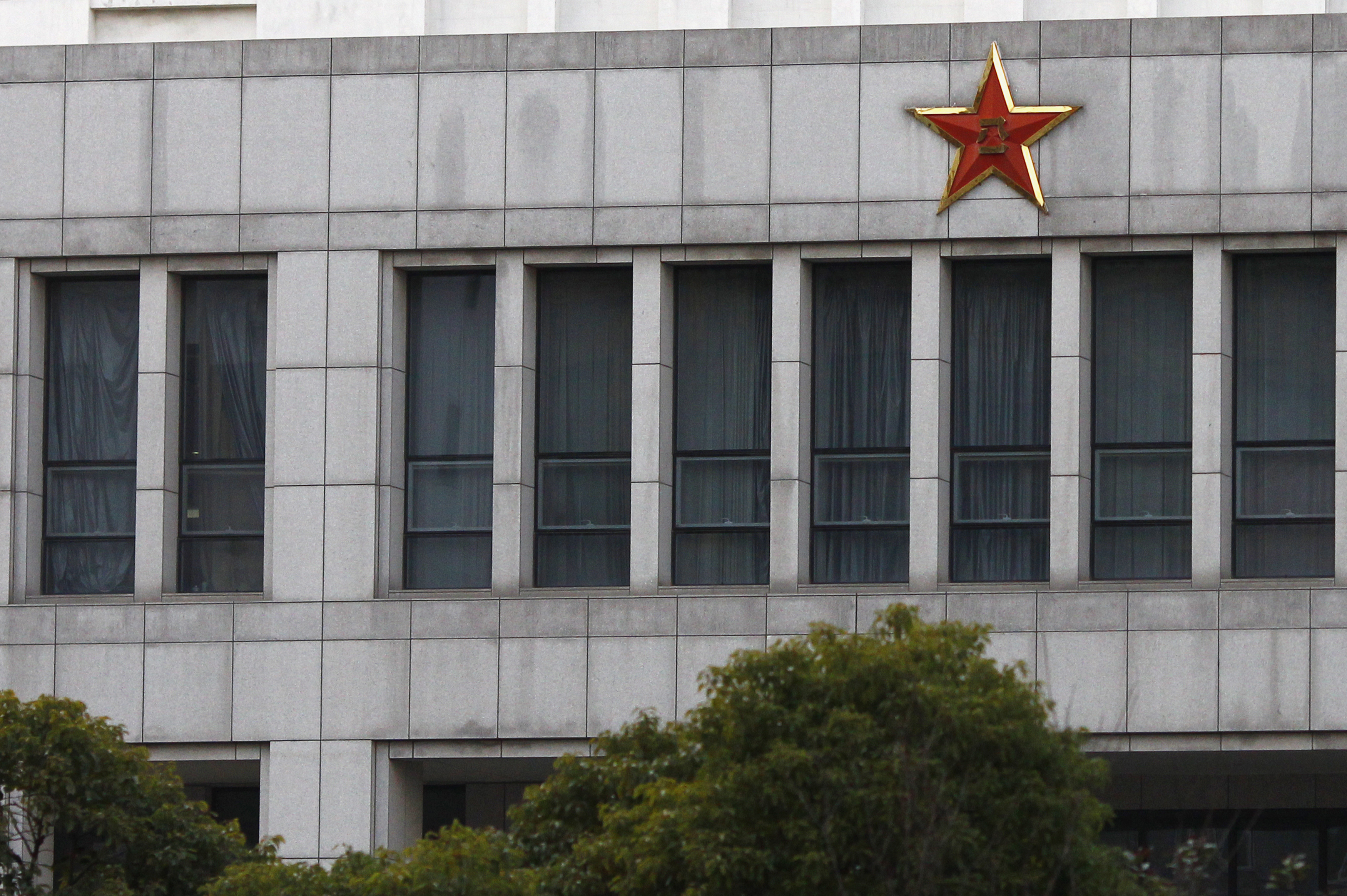 Part of the building of ‘Unit 61398’, a secretive Chinese military unit, is seen in the outskirts of Shanghai February 19, 2013. The unit is believed to be behind a series of hacking attacks, a U.S. computer security company said, prompting a strong denial by China and accusations that it was in fact the victim of U.S. hacking. REUTERS/Carlos Barria

The U.S. government does maintain well-developed domestic telecom surveillance infrastructure. The patriot act allows mass data collection and utilizes computers to flag outlying terms, phrases and scenarios for deeper inspection. Under previous administrations, the U.S. proved capable of tapping the phones of allies, notably Germany, while on foreign soil, as revealed by documents leaked by Edward Snowden in June 2013.

The Chinese government, in turn, keeps tabs on its citizens, curtailing disrespectful comments made online directed towards the Chinese government or its communist ideology, making arrests and assigning social credit scores to individuals based on online and public actions.

Chinese military hackers are considered effective and have actively stolen american secrets in the United States from military contractors and researchers for at least a decade, according to The Times.