“It’s getting hotter, but while fire and smoke choke our air, Dana Rohrabacher is radically opposed to efforts to fight climate change,” a narrator said in one of the ads against Rohrabacher as images of forest fires and belching smokestacks flash on screen.

It is part of Bloomberg’s $11 million final push for Democrats in tight races in California. Democrats need to gain 23 seats to win a majority in the House — they have targeted Rohrabacher, Knight, among others.

The New York billionaire is devoting a staggering amount of money to the effort, according to Rob Stutzman, one of California’s top Republican strategists. Rohrabacher’s campaign, meanwhile, is blasting Bloomberg’s efforts.

“Billionaires from San Francisco and New York City are pouring millions of dollars into this district to buy the election for Nancy Pelosi and advance their own personal agendas,” Rohrabacher spokesman Dale Neugebauer told reporters.

Neugebauer added: “Their attack ads are intended [to] mislead and to distort Rep. Rohrabacher’s record. It won’t work.” Rohrabacher believes the climate is changing but is skeptical about what is causing the change, Neugebauer said.

Bloomberg, a former Independent who is now considering running for president in 2020 on a Democratic ticket, is also supporting Senate Democrats in the run-up to the Nov. 6 election. He is unleashing $20 million that will go to the Senate Majority PAC, The Washington Post noted in an Oct. 3 report. 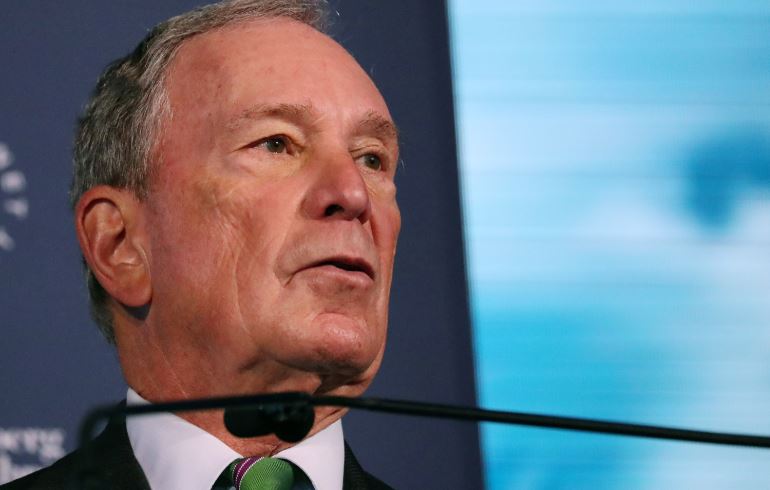 A handful of Democratic candidates are refusing to defend the gas tax as Republicans continue making it a major theme of their campaign. Democratic congressional candidate Katie Porter, for instance, launched an ad campaign in August calling claims that she supports higher gas taxes a “straight-up lie.”

Porter is not the only candidate in her party pushing back against the now-toxic tax. (RELATED: California Dems Are Bailing On Gas Tax Issue As GOP Whips Up Opposition)

“The gas tax is not the way to fix [California’s infrastructure] problems,” Josh Harder, a 31-year-old Democrat challenging Republican Rep. Jeff Denham of California, wrote in an Aug. 17 editorial. Funding for improvements should come from the federal government, he added.