Republican Texas Sen. Ted Cruz joked during a Monday rally about an exchange he once allegedly had with a CNN reporter about Democratic Congressman Beto O’Rourke and diversity.

While campaigning in Harlingen, Texas, Cruz claimed a CNN reporter once asked him if people should vote for O’Rourke “to have more diversity in the Senate.”

“What? Is there a shortage of Irishmen in the Senate?” Cruz allegedly responded referencing his challenger.

Cruz dusts off this line in Harlingen: I had a CNN reporter ask me, Do you think the people of Texas should vote for O’Rourke to have more diversity in the Senate? I said, What? Is there a shortage of Irishmen in the Senate?

Cruz is half Cuban and his full name is Rafael Edward Cruz.

O’Rourke, whose given name is Robert, has been criticized in the past for choosing to go by the Spanish nickname, “Beto.” (RELATED: O’Rourke Addresses ‘Beto’ Nickname) 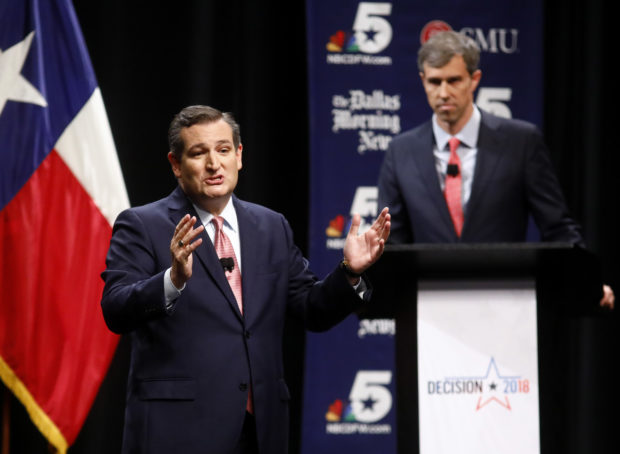 The congressman addressed the controversy during an October town hall with CNN, explaining, “You know this in McAllen [Texas] — if you are born Robert, or Albert, or Gilbert, or Umberto — your folks, your friends, your community calls you Beto.”