President Donald Trump announced his intention to set up tent cities along the border for people who apply for asylum at the southern border during an interview with Fox News host Laura Ingraham on Monday night.

“What about applying for asylum?” Ingraham asked. (RELATED:Train Of Central American Migrants Swells In Number Despite Warnings From Trump)

“If they apply for asylum, we are going to hold them until such time their trial takes place,” Trump responded.

She followed up, “Where? Do we have the facilities?” 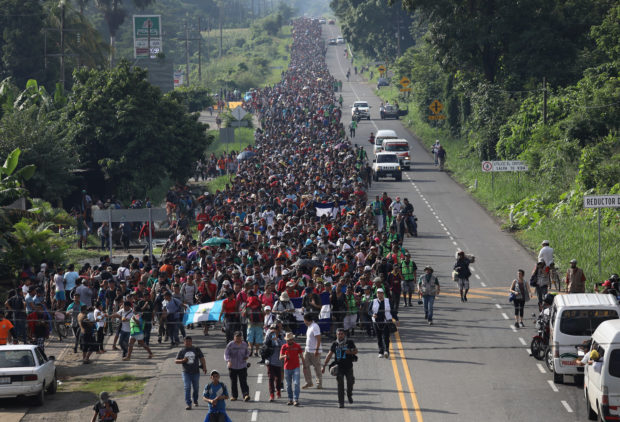 CIUDAD HIDALGO, MEXICO – OCTOBER 21: A migrant caravan, which has grown into the thousands, walks into the interior of Mexico after crossing the Guatemalan border on October 21, 2018 near Ciudad Hidalgo, Mexico. (Photo by John Moore/Getty Images)

The Pentagon announced Monday its plan to send 5,200 troops to the border to help with the potential influx with the caravan moving closer to the southern border.