Thousands of migrants from various countries in Central America forged on over the weekend, with numbers growing to more than 7,000 despite threats from President Donald Trump that he’d dispatch the military should they reach the U.S. border.

The fleet is composed mainly of individuals seeking jobs that aren’t available in their home countries or trying to find safety from drug and gang violence, but for a number of them, this wasn’t their first time trying to reach the U.S. 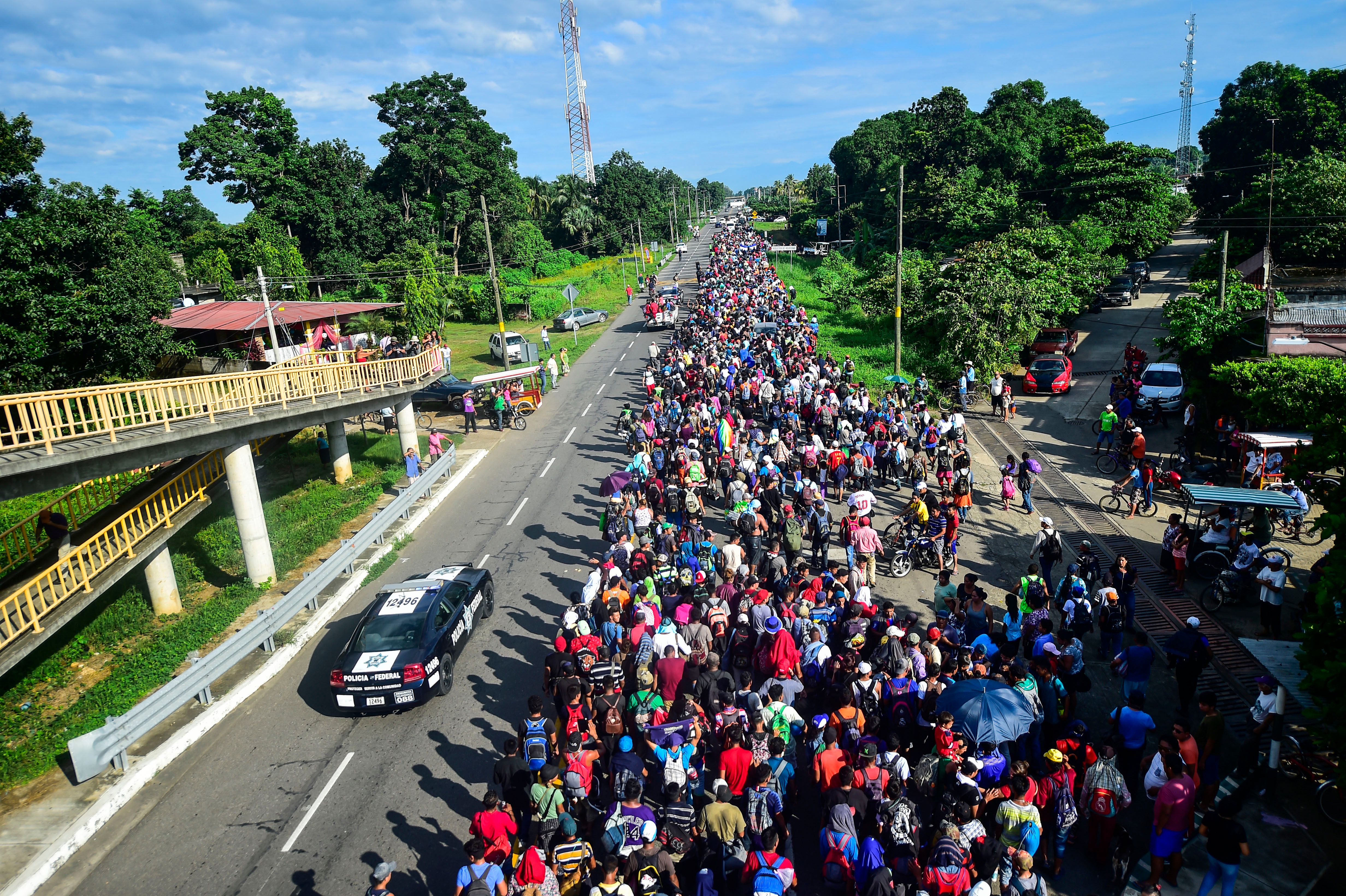 Honduran migrants take part in a caravan heading to the US on the road linking Ciudad Hidalgo and Tapachula, Chiapas state, Mexico, on October 21, 2018. – Thousands of Honduran migrants resumed their march toward the United States on Sunday from the southern Mexican city of Ciudad Hidalgo, AFP journalists at the scene said. (Photo by Pedro Pardo / AFP)

Imner Anthony Fuentes, 29, said he was deported five months ago, as well as six other times, but saw the caravan of nearly 7,233 migrants as his chance to get back in, The Washington Post reports.

“That’s just how it is,” Fuentes said. “They catch you, and you try to get back.”

Trump blamed Democrats Monday for what he called Sunday an “onslaught of illegal aliens crossing our Southern Border.”

“Every time you see a Caravan, or people illegally coming, or attempting to come, into our Country illegally, think of and blame the Democrats for not giving us the votes to change our pathetic Immigration Laws!” Trump wrote, threatening again to cut funding from the countries the mass is coming from.

Guatemala, Honduras and El Salvador were not able to do the job of stopping people from leaving their country and coming illegally to the U.S. We will now begin cutting off, or substantially reducing, the massive foreign aid routinely given to them.

“Sadly, it looks like Mexico’s Police and Military are unable to stop the Caravan heading to the Southern Border of the United States. Criminals and unknown Middle Easterners are mixed in,” Trump added.

“I have alerted Border Patrol and Military that this is a National Emergy [emergency].” 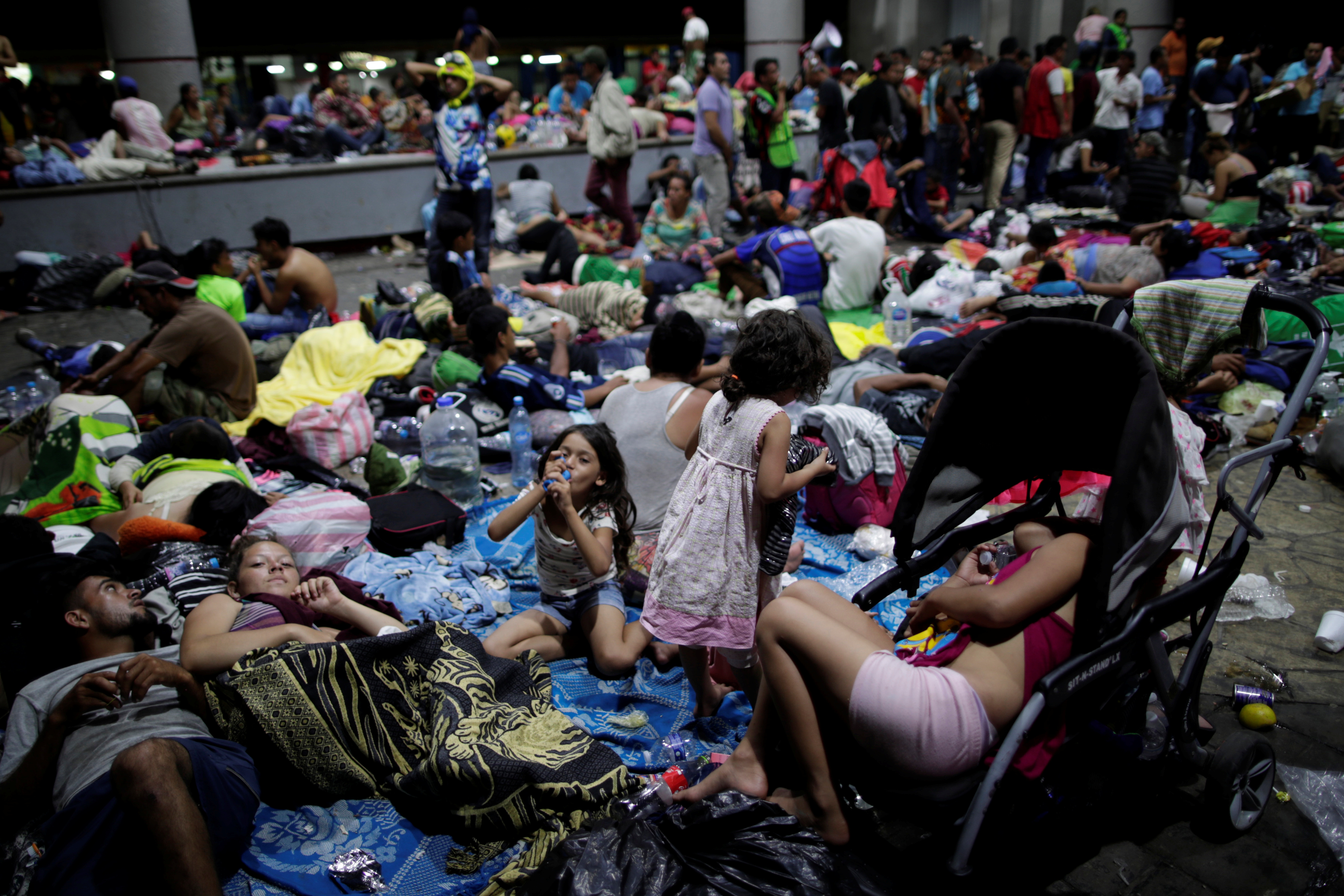 Migrants, part of a caravan of thousands of migrants from Central America en route to the United States, rest along the sidewalks of Tapachula city center, Mexico October 21, 2018.

The Mexican government also warned the migrants about the “grave risks” they could face should they enter Mexico illegally, USA Today reported, specifically of violence and human trafficking organizations.

A Red Cross official overseeing parts of the voyage, Ulises Garcia, said injured migrants are refusing to seek medical help because they don’t want to leave the caravan and risk getting left behind.

“This bridge, this river, they can’t stop me.” — A migrant mother traveling with the caravan tells @BillWeirCNN about her determination to keep going. pic.twitter.com/bPCrlTIgDv

An additional group of about 1,000 Hondurans joined the mix of mostly Guatemalans and Nicaraguans over the weekend, despite Trump’s warnings. 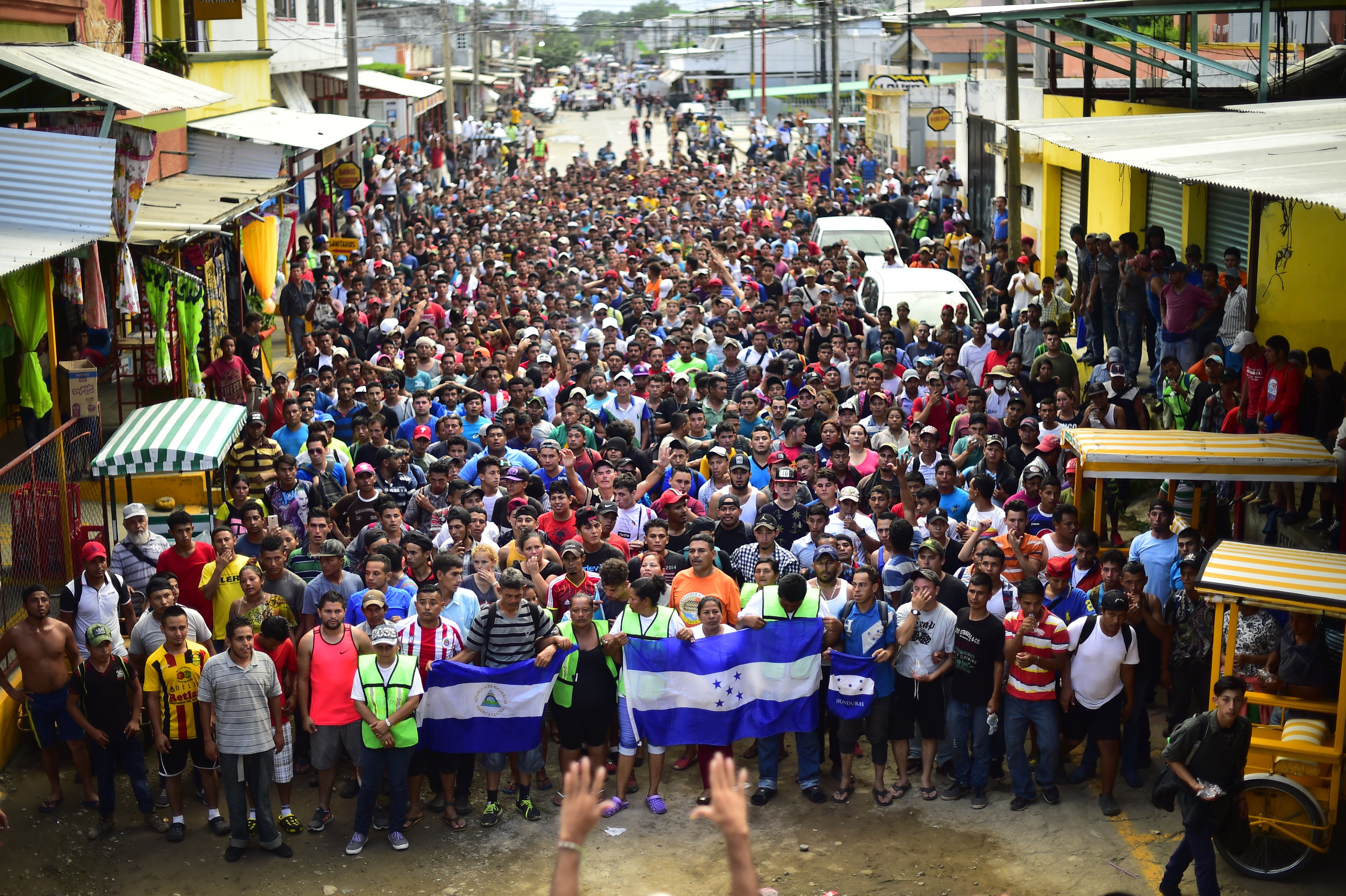 Honduran migrants heading in a caravan to the US, hold a demonstration demanding authorities to allow the rest of the group to cross, in Ciudad Hidalgo, Chiapas state, Mexico after crossing from Guatemala, on October 20, 2018. – Thousands of migrants who forced their way through Guatemala’s northwestern border and flooded onto a bridge leading to Mexico, where riot police battled them back, on Saturday waited at the border in the hope of continuing their journey to the United States. (Photo by Pedro Pardo / AFP)

“When I heard about the caravan, I knew it was my chance,” Job Reyes, 36, who said he had spent most of his childhood years in Los Angeles before his visa expired six years ago, told WaPo. (RELATED: AP Changes Headline After Liberals Complain About Describing Illegal Caravan As ‘Army Of Migrants’)

As the numbers grow, Mexican officials have been more lenient in enforcing the approaching migrants to apply for asylum, and many migrants have also refused to apply over fear it will lead to their deportation before they reach the U.S. border. 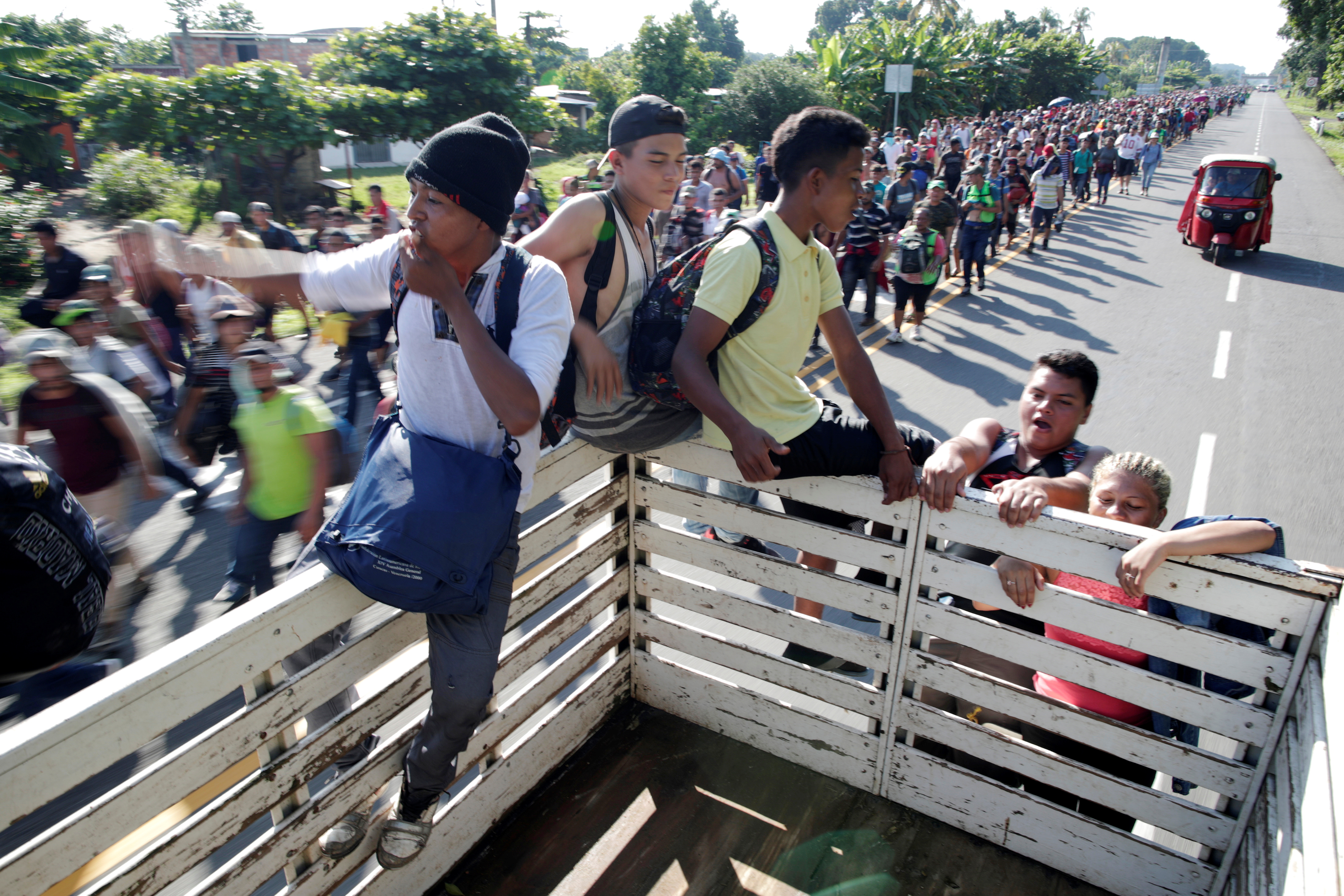 Central American migrants hitchhike along the highway near the border with Guatemala, as they continue their journey trying to reach the U.S., in Tapachula, Mexico October 21, 2018. REUTERS/Ueslei Marcelino

The excitement, as well as desperation, of the massive fleet has also grown as it gets closer to the border.