President Donald Trump had advice for reporters asking for “evidence” that there were terrorists embedded in the migrant caravan currently in Mexico and heading to the U.S.

“Do you have any evidence that there are terrorists part of this caravan?” reporter John Karl asked Trump Monday outside of the White House before the president’s departure to Texas for a campaign rally. (RELATED: Bangladeshis Joined Migrant Caravan In Guatemala, Univision Correspondent Reports )

“You know what you should do, John,” Trump said. 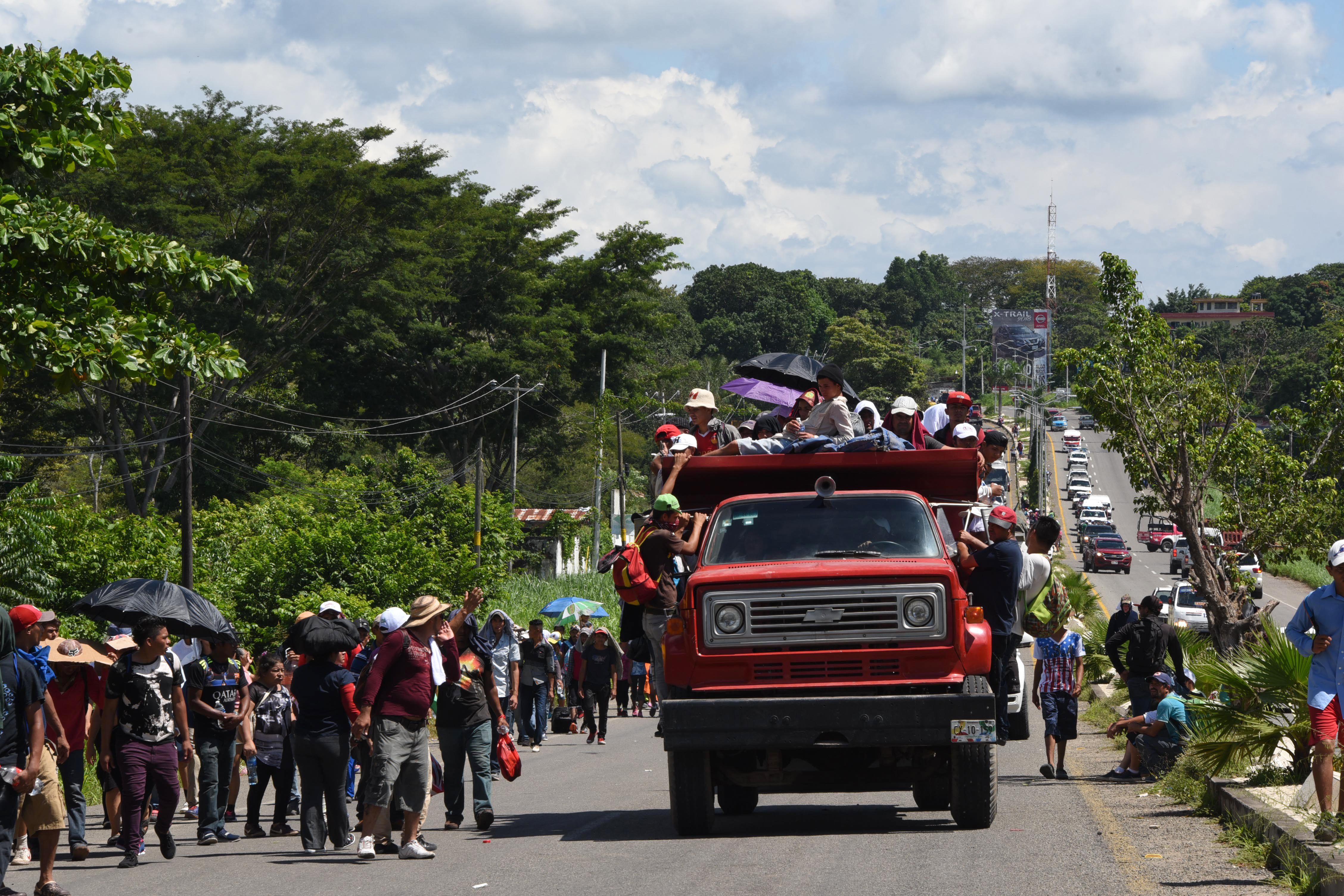 Honduran migrants take part in a caravan heading to the US, in the outskirts of Tapachula, on their way to Huixtla, Chiapas state, Mexico, on October 22, 2018. – President Donald Trump on Monday called the migrant caravan heading toward the US-Mexico border a national emergency, saying he has alerted the US border patrol and military. (Photo: JOHAN ORDONEZ/AFP/Getty Images)

Earlier Monday, Trump had tweeted that “Criminals and unknown Middle Easterners are mixed in” with the migrant caravan.

Spanish language reporters embedded in the caravan have reported that they have encountered people from Bangladesh in the 5000-7000 strong mass.