One of America’s most popular ice cream companies launched a new flavor Tuesday, which it hopes will help fight “Trump’s regressive agenda.”

“Today we launch Pecan Resist!” Ben and Jerry’s announced. “This flavor supports groups creating a more just and equitable nation for us all, and who are fighting President Trump’s regressive agenda.”

Today we launch Pecan Resist! This flavor supports groups creating a more just and equitable nation for us all, and who are fighting President Trump’s regressive agenda. Learn more and take action here >> https://t.co/Bi8YE1FvOZ pic.twitter.com/Kr6CKBX1sc

We cannot be silent in the face of the President’s policies that attack and attempt to roll back decades of progress on racial and gender equity, climate change, LGBTQ rights, and refugee and immigrant rights – all issues that have been at the core of our social mission for 40 years.

Customers who purchase a pint of the new chocolate fudge and nut flavored dairy product for $6.99 will benefit four organizations that the company commends for “working on the front lines of the peaceful resistance,” including the Women’s March, led by Palestinian activist and accused anti-Semite Linda Sarsour.

Other organizations include Color of Change, climate change activist group Honor the Earth, and a pro-immigration activist media group called Neta based on the Texas-Mexico border. 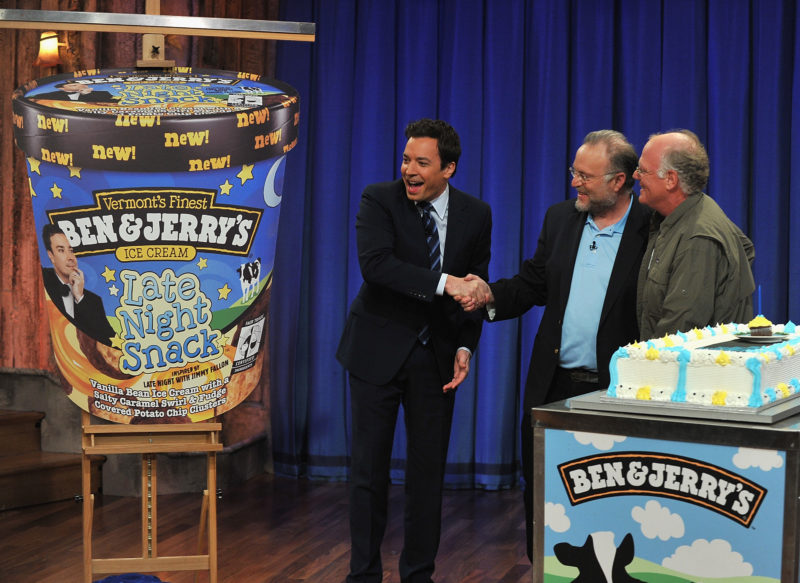 “We can peacefully resist the Trump administration’s regressive and discriminatory policies and build a future that values inclusivity, equality, and justice for people of color, women, the LGBTQ community, refugees, and immigrants,” reads Ben & Jerry’s product description.

The actual packaging of the ice cream reads, “Welcome to the resistance. Together, Pecan Resist!” according to a report by USA Today, as well as “We celebrate the diversity of our glorious nation & raise our spoons in solidarity for all Americans. Take a stand & join those on the front lines.”