Billionaire donor J.B. Pritzker is poised to become the richest governor in the U.S. as polls show him with a nearly 16-point lead over Illinois Republican incumbent Gov. Bruce Rauner.

But Pritzker has had the specters of a racial discrimination lawsuit, the fact that he’s never held office and a toilet scandal that earned him the nickname “The Porcelain Prince” haunt his candidacy. 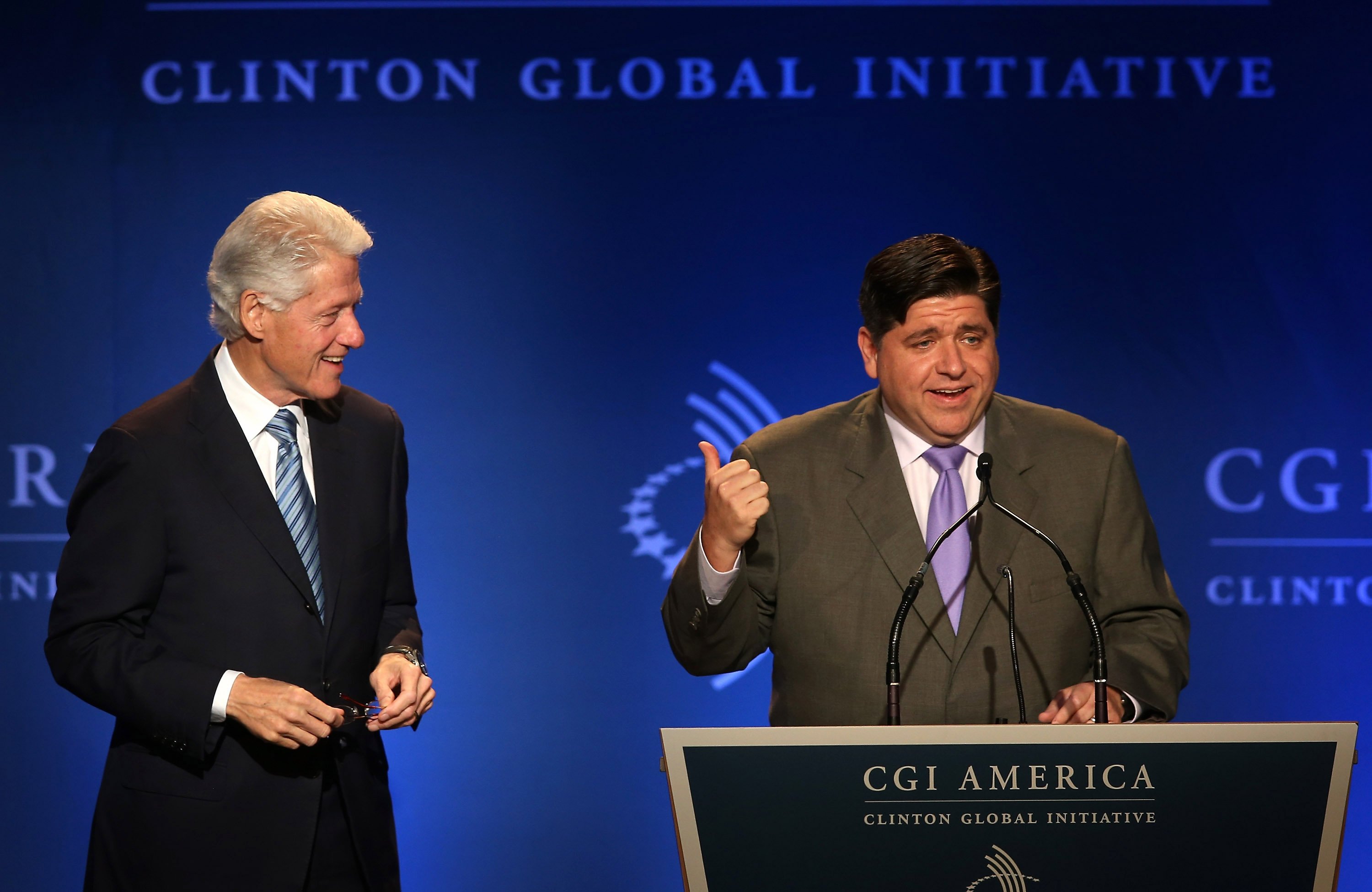 Both gubernatorial candidates are wealthy enough to largely self-fund their campaigns — Rauner poured in roughly $58 million, while Pritzker spent roughly $162 million of his own cash, according to The New York Times. Rauner is a former private equity firm executive. Pritzker is a venture capitalist and heir to the Hyatt Hotel fortune and is worth $3.2 billion, according to Forbes.

Pritzker’s spending has made the 2018 contest one of the most expensive gubernatorial races ever, according to The Times. (RELATED: More Racial Discrimination Allegations Threaten To Derail Clinton Financier’s Campaign)

If he wins, Pritzker will surpass outgoing Tennessee Republican Gov. Bill Haslam, who’s worth $1.8 billion, according to Forbes, and was president of truck stop chain Pilot Flying J.

Pritzker has been endorsed by former President Barack Obama, who cut an entire video voicing his support for his former donor. Pritzker gave the maximum amount of $50,000 to Obama’s 2009 inauguration, according to the Center for Responsive Politics.

Juliana and I are incredibly honored to have the support of President @BarackObama as we fight for the values that defined his presidency. pic.twitter.com/EwIZAzMWAc

“I was proud to play a role in his historic presidency when I led the White House Summit on Early Childhood Education, and I’m proud to have his endorsement in this election,” Pritzker wrote on Twitter on Aug. 20 after receiving the endorsement. “I look forward to fighting to preserve and build on his legacy as Illinois’ next governor.”

Rauner campaigned as an outsider and promised to curb the power of unions and slash taxes. He found himself contending with a blue state legislature, leading to a two-year state budget crisis from July 2015 to August 2017. Rauner has also kept his distance from President Donald Trump, although he attended Trump’s rally in Murphysboro, Illinois, Saturday.

Throughout the race, Rauner compared Pritzker to disgraced former Illinois governors like Democrat Rod Blagojevich, who Pritzker was close to.

Rauner nicknamed Pritzker “The Porcelain Prince” after the Democrat agreed to refund a $330,000 property tax break on Oct. 2 after a county inspector general found a “scheme to defraud,” reported the Chicago Sun-Times. Pritzker was accused of disabling the toilets in his 12,500-square-foot Chicago mansion so it could be declared uninhabitable, which would have allowed Pritzker to pay lower taxes, according to ABC 7.

“Simple fact, four of my nine predecessors as governor went to jail,” Rauner said during an October debate with Pritzker, according to The Times. “Mr. Pritzker has a very good chance of being No. 5.” (RELATED: Entire Illinois Republican Congressional Delegation Calls For Investigation Into Dem Gubernatorial Candidate’s ‘Toilet Fraud’) 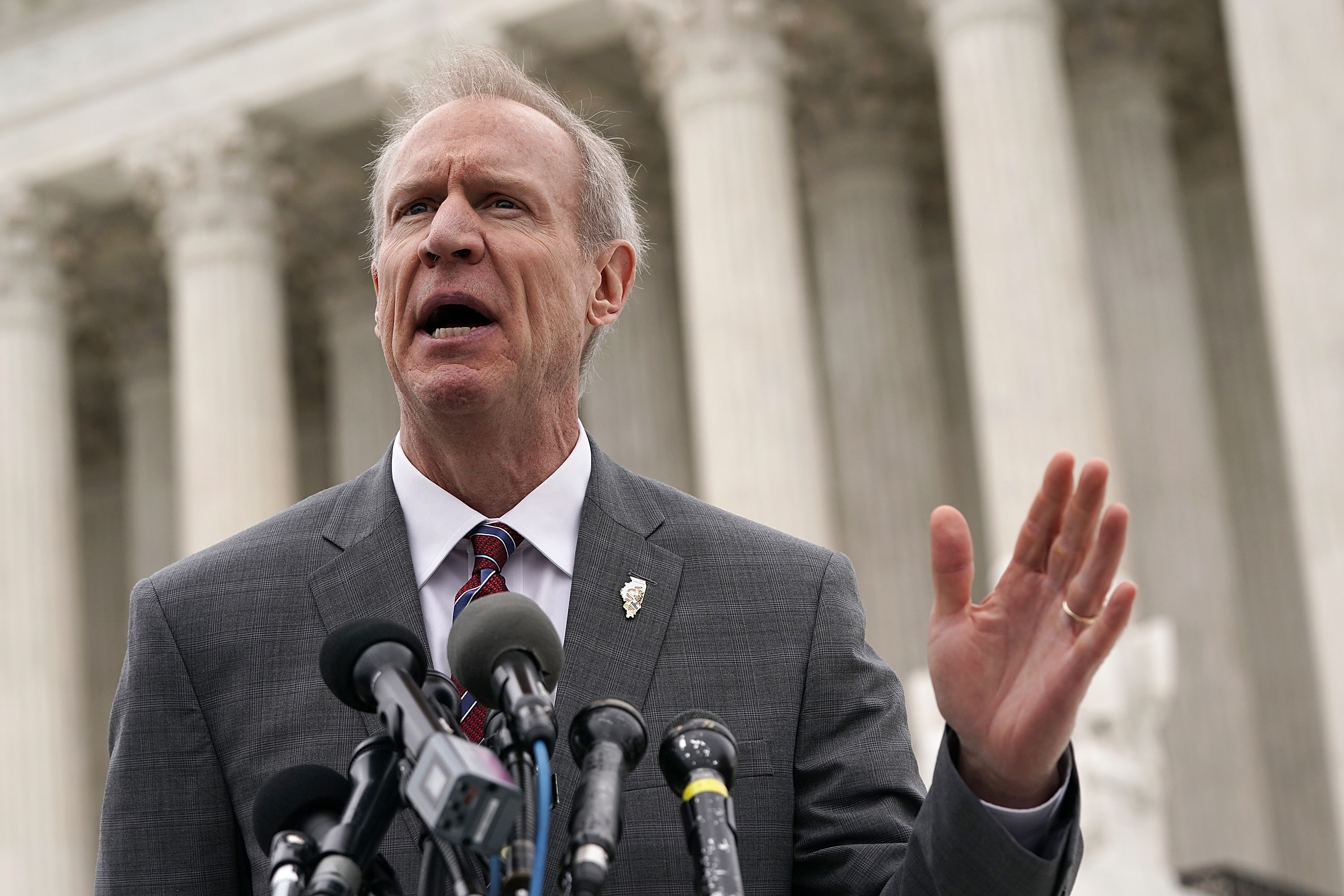 Governor of Illinois Bruce Rauner speaks to members of the media in front of the U.S. Supreme Court after a hearing on February 26, 2018 in Washington, DC. Alex Wong/Getty Images

Pritzker has also faced criticism after 10 of his black and Latino staffers filed a lawsuit against him for racial discrimination Oct. 16.

“Black and Latino workers at JB Pritzker for Governor are marginalized, with their efforts put under a microscope and micromanaged while their white counterparts are given autonomy and concessions,” the lawsuit reads. “As if the intentional herding of Black and Latino workers into specific areas were not bad enough, the few workers of color who were placed in majority-white working environments were likewise subjected to overt and invidious racial discrimination.”