CNN’s Randi Kaye interviewed several supporters of President Donald Trump prior to his Florida rally Wednesday night about their thoughts on Trump’s handling of the migrant caravan headed to the U.S. and his desire to end birthright citizenship.

Kaye began by asking different people why they thought the president was discussing the caravan now despite them being hundreds of miles away.

“When you watch that caravan and you see them carrying the flag from their country, that is called an invasion,” Reba Fisher said to Kaye.

When Kaye asked if she thought it was a political stunt, Fisher responded, “Oh, god, no.”

“Would you rather be safe than sorry? Would you not rather have warning to get out of a hurricane’s way if they know it’s coming?” Paul Blust stated when Kaye asked him the same question.

Kaye then altered the focus of her questions and began discussing Trump’s plan to end birthright citizenship with the Trump supporters waiting outside his rally.

After Kaye asked if the president had the power to unilaterally end birthright citizenship, Garland Harris answered, “I think he can. I think it will go to the Supreme Court, though. But I think he has the right to.” (RELATED: CNN Interviews Republican Women In Florida – Who Unanimously Support Brett Kavanaugh) 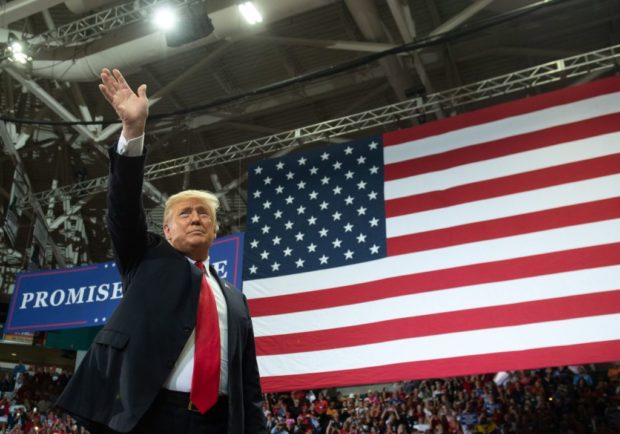 Another Trump supporter, Claudette Azar, stated on the topic, “There are legal authorities on both sides of this question who are researching this in depth before the president does this. While this idea has been floated by the president, and I think it’s a wonderful idea, I do think that he’s not going to go off and do something on his own. He’s going to have legal authorities on both sides.”

When Kaye pushed back, Azar responded, “Has he signed it yet? No. He has not signed it yet. He has floated the idea, which is well supported in middle America.”