The man suspected of killing 11 people at the Tree of Life synagogue shooting in Pittsburgh entered a plea of “not guilty” in court Thursday.

Robert Bowers, 46, walked into the court Thursday, evidently recovered from injuries that confined him to a wheelchair earlier in the week, which he sustained when authorities apprehended him after the Saturday shooting. Bowers affirmed to the judge that he had seen and understood his indictment, in which a federal jury charged him with 44 counts related to the shooting. Michael Novara, Bowers’ attorney, entered the “not guilty” plea on his behalf. (RELATED: Tree Of Life Rabbi Says He Was ‘Pleasantly Surprised’ By President Trump’s ‘Warm And Personal Side’ During Pittsburgh Visit) 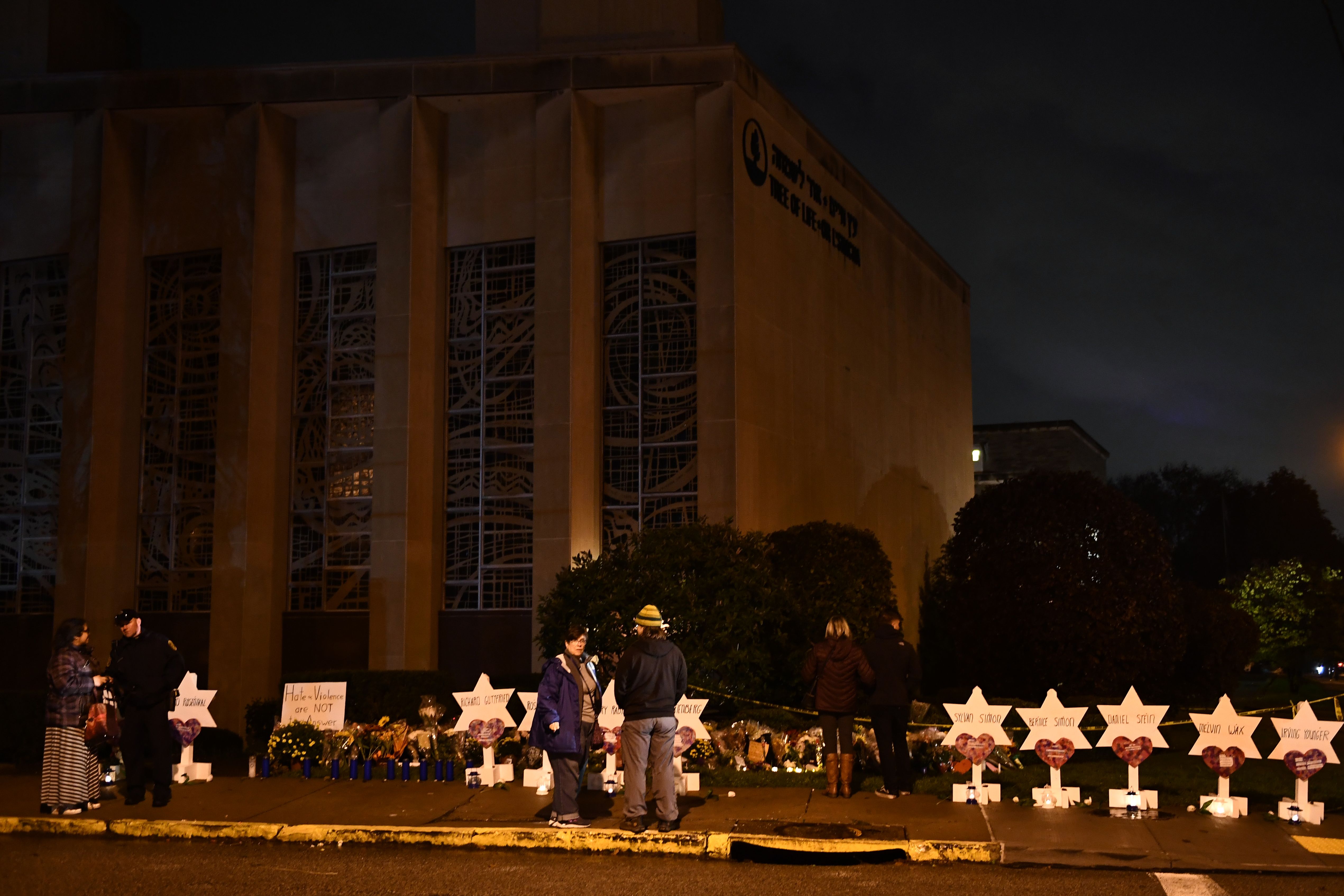 People stand in front of a memorial on Oct. 28, 2018, at the Tree of Life synagogue after a shooting there left 11 people dead in the Squirrel Hill neighborhood of Pittsburgh on Oct. 27. — A man suspected of bursting into a Pittsburgh synagogue during a baby-naming ceremony and gunning down 11 people has been charged with murder, in the deadliest anti-Semitic attack in recent U.S. history. The suspect — identified as a 46-year-old Robert Bowers — reportedly yelled, “All Jews must die,” as he sprayed bullets into the Tree of Life synagogue during Sabbath services on Saturday before exchanging fire with police, in an attack that also wounded six people.(BRENDAN SMIALOWSKI/AFP/Getty Images)

Bowers also reportedly yelled, “All Jews must die!” after entering the synagogue Saturday and allegedly opening fire on the congregation. The gunman reportedly wounded six people, four of whom were police officers, in addition to the 11 congregants killed.

Bowers potentially faces the death penalty for 32 of those counts, which include hate crime and murder charges. Prosecutors also said Bowers could face either a life sentence without parole or a sentence of 535 years in prison if convicted.

U.S. Attorney Scott Brady said his office in the Western District of Pennsylvania will pursue the death penalty against Bowers.