Prosecutors plan to seek the death penalty for Robert Bowers, the man accused of killing 11 people who were worshipping at the Tree of Life synagogue in Pittsburgh Saturday.

“The U.S. Attorney for the Western District of Pennsylvania, Scott W. Brady, has initiated the approval process for seeking the death penalty against Pittsburgh synagogue shooting defendant, Robert Bowers,” spokeswoman Margaret Philbin said in a statement, according to the Pittsburgh Post-Gazette. 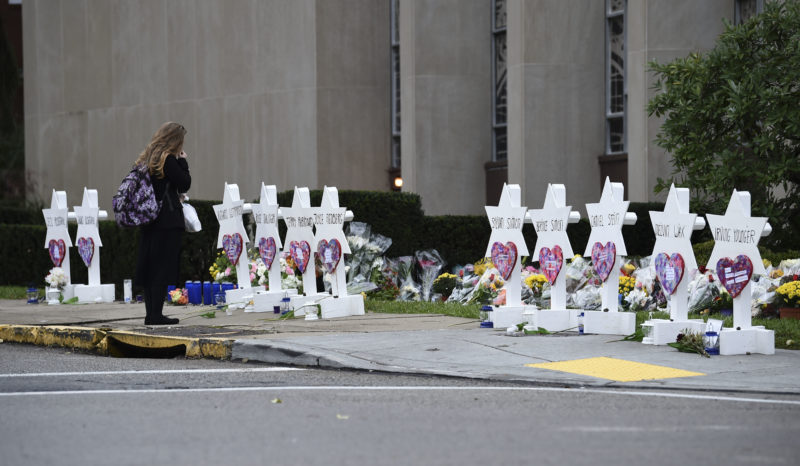 A woman stands at a memorial outside the Tree of Life synagogue after a shooting there left 11 people dead in the Squirrel Hill neighborhood of Pittsburgh on Oct. 27. BRENDAN SMIALOWSKI/AFP/Getty Images

The “ultimate decision” on capital charges belongs to Attorney General Jeff Sessions after he consults with the Department of Justice’s Capital Crimes Unit, Philbin said.

Sessions has already discussed the possibility of capital punishment for Bowers.

“These alleged crimes are reprehensible and utterly repugnant to the values of this nation,” Sessions said Saturday. “Accordingly, the Department of Justice will file hate crimes and other criminal charges against the defendant, including charges that could lead to the death penalty.”

Bowers has been charged with 29 federal counts, which include obstruction of exercise of religious beliefs resulting in death and use of a firearm to commit murder during a crime of violence, plus state charges including homicide and ethnic intimidation, reported the Pittsburgh Post-Gazette. 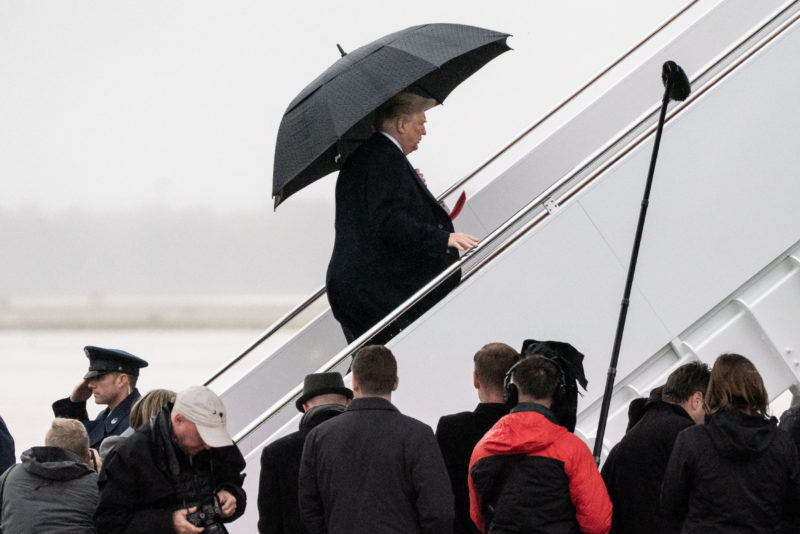 U.S. President Donald Trump boards Air Force One at Andrews Air Force Base on his way to Indianapolis, Indiana on Oct. 27, 2018 in Maryland. Trump spoke to reporters about the fatal shooting at the Tree of Life Synagogue in the Squirrel Hill neighborhood of Pittsburgh, and will have more to say at the Future Farmers of America in Indiana. Ken Cedeno-Pool/Getty Images

President Donald Trump seemed to advocate for capital charges against 46-year-old Bowers Saturday. (RELATED: ‘I Won’t Even Call Him A Man — James Mattis Goes Off On Synagogue Shooting Suspect)

Bowers reportedly cried, “All Jews must die!” during the shooting and had made numerous anti-Semitic social media posts.