At least seven are dead after Islamic militants unloaded their guns on a bus full of Coptic Christians in Egypt on Friday, according to the Associated Press.

Egypt’s Interior Ministry claims that up to 19 others are wounded, and a spokesman for the Coptic Orthodox Church said the death toll is expected to rise.

The bus was on its way to the Monastery of Saint Samuel the Confessor, near Cairo in the Minya province. A bus on the way to the same monastery was the object of a similar attack by Islamic State militants in May 2017, which killed at least 28 and injured 22. 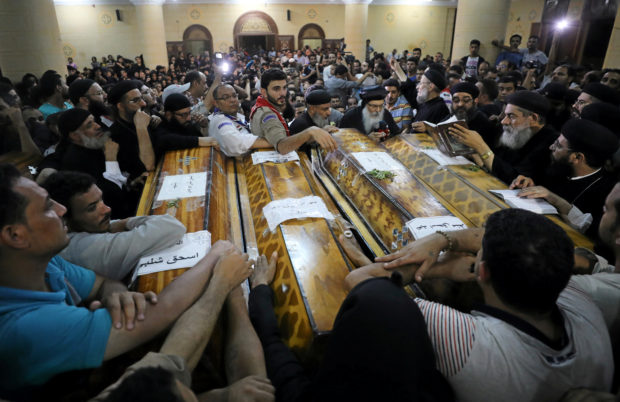 Mourners gather at the Sacred Family Church for the funeral of Coptic Christians who were killed in Minya, Egypt, May 26, 2017. Picture taken May 26, 2017. REUTERS/Mohamed Abd El Ghany

No group claimed immediate responsibility for the attack, but the AP reports that it bears “the hallmarks of Islamic State militants who have for years been fighting security forces in the Sinai Peninsula and along Egypt’s porous desert border with Libya.”

ISIS has vowed to wage war against the Coptic Church, especially in light of their support for Egyptian President Abdel-Fattah el-Sissi. Coptic Christians, who claim to trace their faith back to the apostle Mark’s first-century missionary journey to Egypt, make up around ten percent of the Egyptian population. (RELATED: Bodies Of The 21 Coptic Christians ISIS Beheaded Found, To Be Returned To Families) 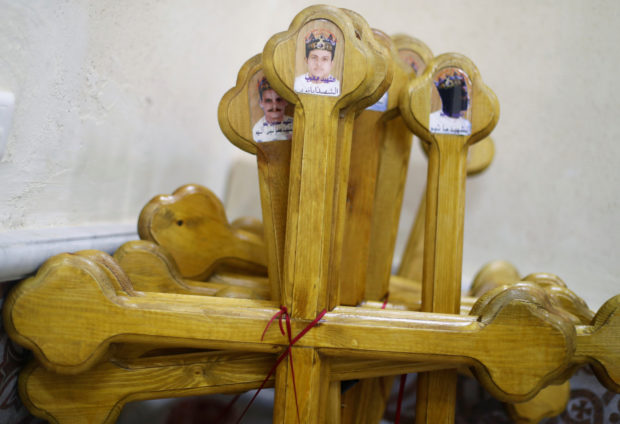 Pictures depicting Egyptian Christians who were beheaded in Libya by Islamic State in 2015, are seen on crosses during their funeral ceremony at a church in al-Our village south of Cairo, Egypt May 15, 2018. REUTERS/Amr Abdallah Dalsh

The attack is the latest in a continuing wave of persecution which has lately afflicted Coptic Christians in North Africa. Perhaps most famously, 20 of the 21 Christians beheaded in January 2015 on a Libyan beach by ISIS militants were Copts. (RELATED: Who Were ISIS’ Egyptian Christian Victims?)