“The View” host Joy Behar defended “Saturday Night Live” over the decision to air a joke at the expense of Texas Congressional candidate Dan Crenshaw, a wounded veteran Navy SEAL who lost his eye in Afghanistan.

The joke, delivered by cast member Pete Davidson, received a lot of backlash from Americans who feel that targetting wounded veterans should be off-limits for skit punchlines.

Dan Crenshaw was nearly blinded in 2012 when he was hit by an IED blast in Afghanistan’s Helmand province, where he was on his third deployment. He lost his right eye in the blast, and his left eye was badly damaged.

Shame on you, @nbcsnl, this is disgusting! pic.twitter.com/VQnhXMa6iT

Behar argued that offensive jokes were “‘SNL’s’ stock in trade” and that this joke was really no different than anything else they had done over the years.

“‘Saturday Night Live’ doesn’t take any prisoners. They’ve been on the air for like, what, 40, 50 years now? They took a shot at Alec Baldwin who’s part of their family, so they go after a lot of people.”

Most of the ladies at the table appeared to take up the opposition, arguing with Joy that perhaps that joke had crossed a line that should not be crossed.

Abby Huntsman said that she was “bummed.”

“I like Pete Davidson and I thought it was completely tone deaf,” Huntsman said, pointing out that the sacrifices of men like Crenshaw make is what allows him the freedom to do his job as a comedian on one of America’s most popular TV shows.

Meghan McCain said that she also found it to be offensive, noting that even after losing his eye in Afghanistan, Crenshaw had returned to duty and deployed two more times. 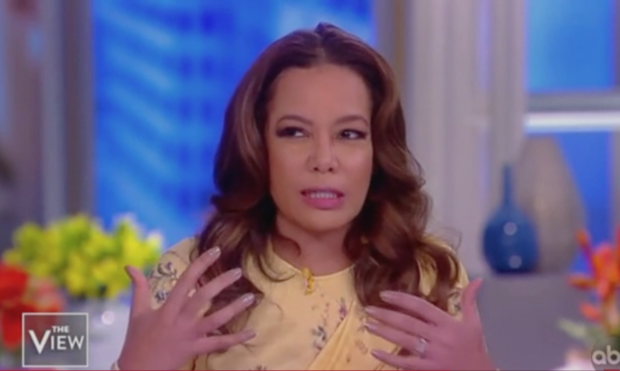 Whoopi Goldberg argued that the joke wasn’t even funny, and Sunny Hostin called it a “sucker punch,” asking, “Why make fun of not only someone’s service but their looks?”

Crenshaw responded to “SNL” on Sunday via Twitter. (RELATED: GOP Candidate Dan Crenshaw Responds After ‘SNL’ Mocks Him For Losing An Eye In Afghanistan)

Good rule in life: I try hard not to offend; I try harder not to be offended. That being said, I hope @nbcsnl recognizes that vets don’t deserve to see their wounds used as punchlines for bad jokes.