A survey released one day before the midterm election shows U.S. Reps. Martha McSally and Kyrsten Sinema in a virtual dead heat as they campaign to become Arizona’s next senator.

McSally, the Republican Party nominee, leads her Democratic challenger, Sinema, 49 percent to 48 percent in the latest poll to come out on Arizona’s Senate election. McSally’s one-point lead places the contest well within the survey’s margin-of-error of 3.9 percent — indicating it’s anyone’s game in a state that is witnessing record voter turnout.

The survey — released by OH Predictive Insights and ABC15 Arizona — was conducted on Nov. 2-3 and reached out to 631 likely voters via cell phone and landline.

“Arizona is seeing a historic midterm election turnout and Democratic voters are defying past historic early voting trends,” Mike Noble, the chief pollster of OH Predictive Insights, said in a statement. “The race has tightened and it’s fitting that the winner will be decided based on who can best turn out out their voters on Election Day.”

“A Republican turnout operation will be crucial to combat Democratic excitement. While many more of the votes for Sinema are already cast and guaranteed, McSally needs to pin her votes down and solidify them,” read an analysis from OH Predictive Insights.

The research company found that 88 percent of Sinema’s voters have already gone to the polls, whereas only 70 percent of McSally’s supporters have done the same. (RELATED: Martha McSally Is Trailing In Latest Arizona Senate Poll)

The survey is a sharp turnaround since ABC15/OHPI’s last survey released on Nov. 1, which found McSally leading Sinema by seven points, 52 percent to 45 percent. 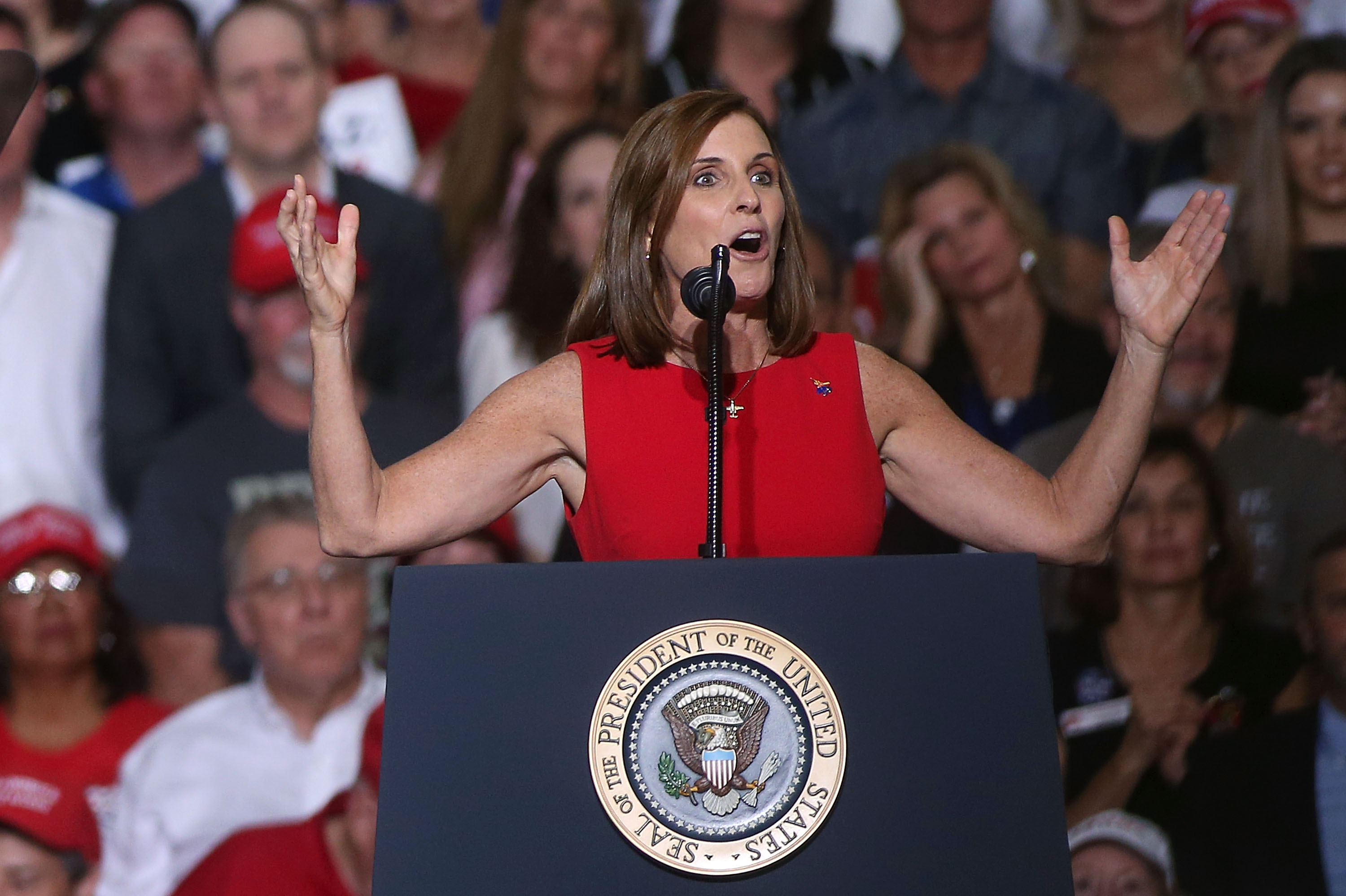 Numerous instances of Sinema’s anti-war, extreme past have come back to haunt her in the waning days of the election. For instance, she said in a 2003 radio interview that she didn’t care if Americans wished to join the Taliban — a line she has stumbled to answer. She has also had to face negative headlines when it was revealed she was previously a part of an anti-war group that depicted American soldiers as skeletons.

The Democratic congresswoman, however, was helped with the exit of Green Party candidate Angela Green five days before the election. Green — who said Sinema’s views are very similar to her own —  immediately endorsed Sinema after dropping out.