President Donald Trump made a surprise introduction midway through his Monday rally at the Allen County War Memorial Coliseum in Fort Wayne, Indiana.

The president stopped and looked to the side of the stage, and recognized perhaps the two most well-known women in his administration. “I have two other great women with me. You’ve never heard of them,” Trump said, “They’re very shy — Kellyanne Conway and Sarah Huckabee Sanders.” 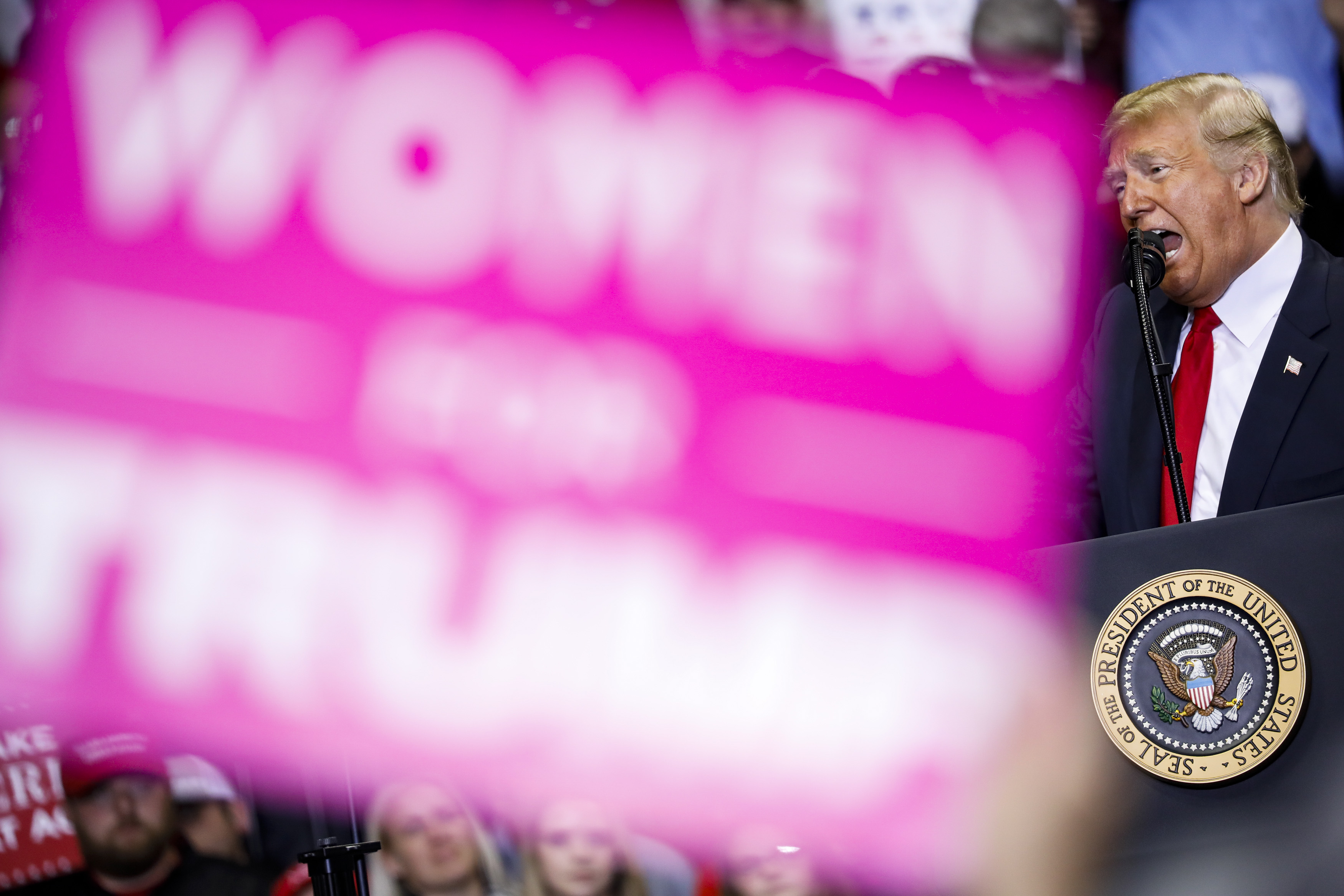 The crowd went wild as the two women took the stage. Trump hugged both of them and invited the two to speak. Sanders looked reluctant at first but took the podium and bent the mic downward. (RELATED: ‘Reporter Accuses Trump Of Encouraging Political Violence — Trump Flips The Script’)

She began with an apology. “You’ll have to forgive Kellyanne and I. We’re a little speechless because we’re not used to friendly crowds,” Sanders said to roars from the audience. Sanders is famous for jousting with a contentious press corps at the White House.

When Kellyanne took the mic, she said, “If you think your vote doesn’t count, if you think it doesn’t matter to have a small majority in the US Senate, you did not live through the Brett Kavanaugh hearings.”