The result was not surprising, as the last surveys taken prior to Tuesday’s vote showed Menendez separating from his Republican challenger, pharmaceutical executive Bob Hugin. Though mid-October polling put Menendez just a few points ahead of Hugin, the senator consolidated a lead in the low teens in the campaign’s final days.

“While they may hold their nose to cast a ballot for Menendez, voters signal they want to keep New Jersey’s Senate seat in the ‘D’ column in a blue state where President Donald Trump consistently remains unpopular,” said polling analyst Mary Snow just days before the balloting.

That sentiment seemed to prevail throughout the state. The New Jersey Star-Ledger, the largest newspaper in the state, reluctantly endorsed Menendez for re-election, after a lengthy recitation of his unscrupulous dealings.

“Choke it down, and vote for Menendez,” the Star-Ledger editorial board wrote on Oct. 28.

Just one year before his re-election effort, Menendez stood trial in a federal court for 18 charges including bribery, honest services fraud, conspiracy, interstate travel to carry out bribery and making false statements on federally mandated financial disclosures forms. The jury was unable to render a verdict, so the judge declared a mistrial.

The senator’s persistent unpopularity was brought into sharp relief when an unknown opponent with little money and less press attention drew almost 40 percent of the vote in the June primary. (RELATED: Media Won’t Judge New Jersey Voters For Reelecting Menendez)

Hugin’s lavish self-funding further buoyed the GOP’s prospects in what otherwise would have been a futile effort in a deeply Democratic state. Once the CEO of Celgene, he drew almost $30 million from his personal fortune to finance his campaign, according to the Center for Responsive Politics. 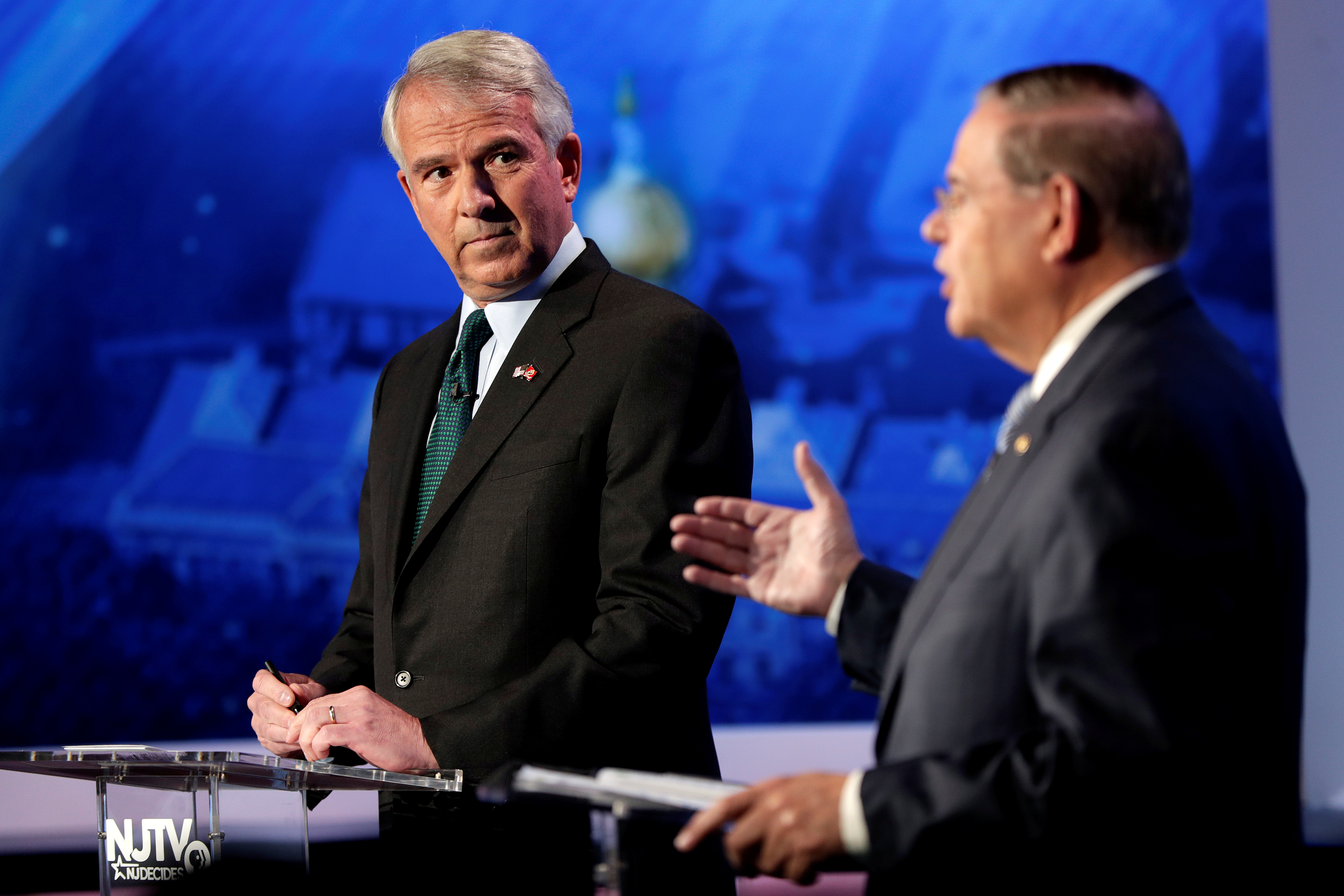 The combination of Hugin’s financial prowess and Menendez’s low standing prompted The Cook Political Report, a leading election forecaster, to style the race a toss up as recently as Oct. 26.

Persistent and unproven rumors that Menendez visited the Dominican Republic for sexual liaisons with underage girls again surfaced during the campaign, as when Hugin ran an ad accusing the senator of hypocrisy during Supreme Court Justice Brett Kavanaugh’s confirmation. The ad said Menendez was duplicitous in telling voters to believe Kavanaugh’s accusers, but not his own.

The allegations have never been substantiated, though they appeared in the Justice Department’s court filings during his corruption trial.

Still, New Jersey reverted to form and returned Menendez to Washington — Democrats outnumber Republicans two to one in the Garden State, though unaffiliated registrants make up the largest bloc of voters.

The state has not sent a Republican to the Senate since 1972.