The Cook Political Report concluded that the race between Menendez and Republican upstart Bob Hugin is too close to call, in view of Menendez’s continued ethics troubles and Hugin’s mammoth campaign spending.

“The biggest threat to Menendez’s re-election is not so much Hugin than it is the voter who goes to the polls and decides to send Menendez a message, much the way many did in the primary when 38 percent voted for his unknown primary opponent,” Cook’s Jennifer Duffy wrote.

She went on to note that Menendez likely has a slight advantage, given New Jersey’s solidly Democratic politics.

Should Hugin prevail, he would be the first Republican to represent New Jersey in the Senate since 1972.

Though President Donald Trump is deeply unpopular in New Jersey, Menendez’s 2017 federal corruption trial dealt a body blow to his standing within the state. Though the jury hung on all counts of the indictment, resulting in a mistrial, he was chastised by the Senate Ethics Committee (SEC) for improperly accepting gifts from a well-placed campaign donor and using his position to advance the donor’s interests.

The pair met for their first and only debate Wednesday night, trading barbs over Menendez’s personal conduct and Hugin’s ties to pro-Trump Republicans. (RELATED: Corrupt Bob Menendez Beats The Rap With A Little Help From His Friends) 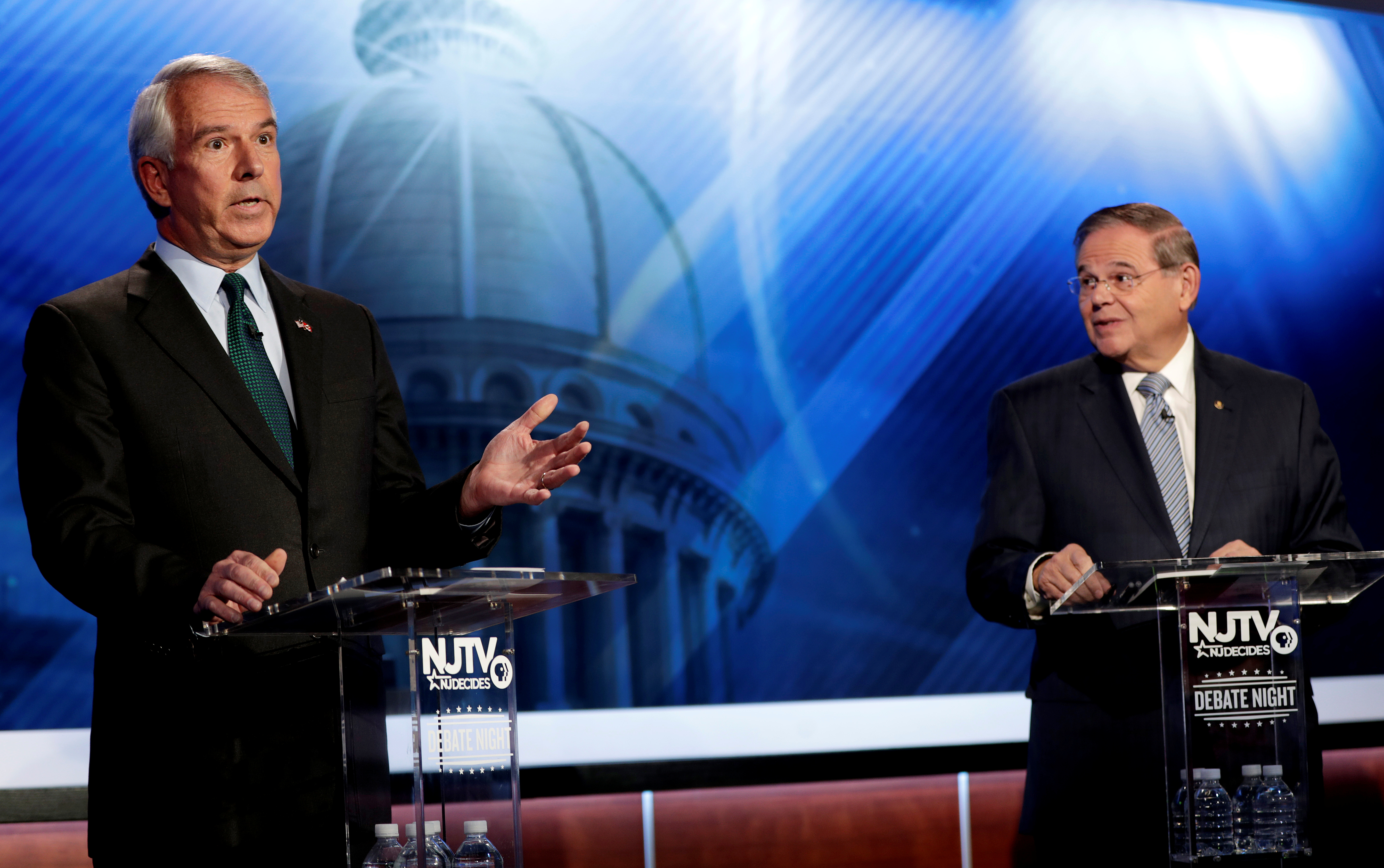 The Republican’s campaign was also boosted by a surprise endorsement from the Latino Leadership Alliance of New Jersey, which has previously endorsed Menendez and the state’s Democratic governor, Phil Murphy.

“Hugin impressed us as an intelligent, personable, sincere and independent individual who has the interests of us all at heart,” said LLANJ President Nestor Montilla.

Menendez leads Hugin by almost 8 points, according to the Real Clear Politics average.