Nevada overwhelmingly passed a renewable energy initiative Tuesday, putting the state one step closer toward mandating a higher amount of wind and solar be used in its energy portfolio.

The campaign to pass Question 6 won by a near 20-point margin, taking 59 percent of the vote to the “no” campaign’s 40 percent.

“Tonight the people of Nevada confirmed what we’ve known all along: We have a right to clean air and clean energy,” Katie Robbins, the YES on 6 campaign manager, said in a Wednesday morning statement.

Question 6 was passed by a large number of Nevada voters on Election Day. The ballot initiative calls for electric utilities to acquire half of their electricity from renewable sources — such as wind, solar and hydroelectric — by 2030. The proposed mandate is a major step up from its current renewable portfolio standard of 25 percent renewables by 2025.

Tom Steyer, a billionaire environmental activist from California, has devoted nearly $6 million to back Question 6 through his NextGen Climate Action organization.

While the Coalition of Energy Users has served as the main opponent against the proposal, a minimal amount of effort was spent opposing Question 6 during the campaign.

Besides the climate change argument, supporters of the initiative argue that a wind and solar mandate will work well in Nevada — a state with more sun than the rest of the country. Opponents counter that such a dramatic increase in renewable mandates, which can be unreliable sources of energy, will increase electricity costs. 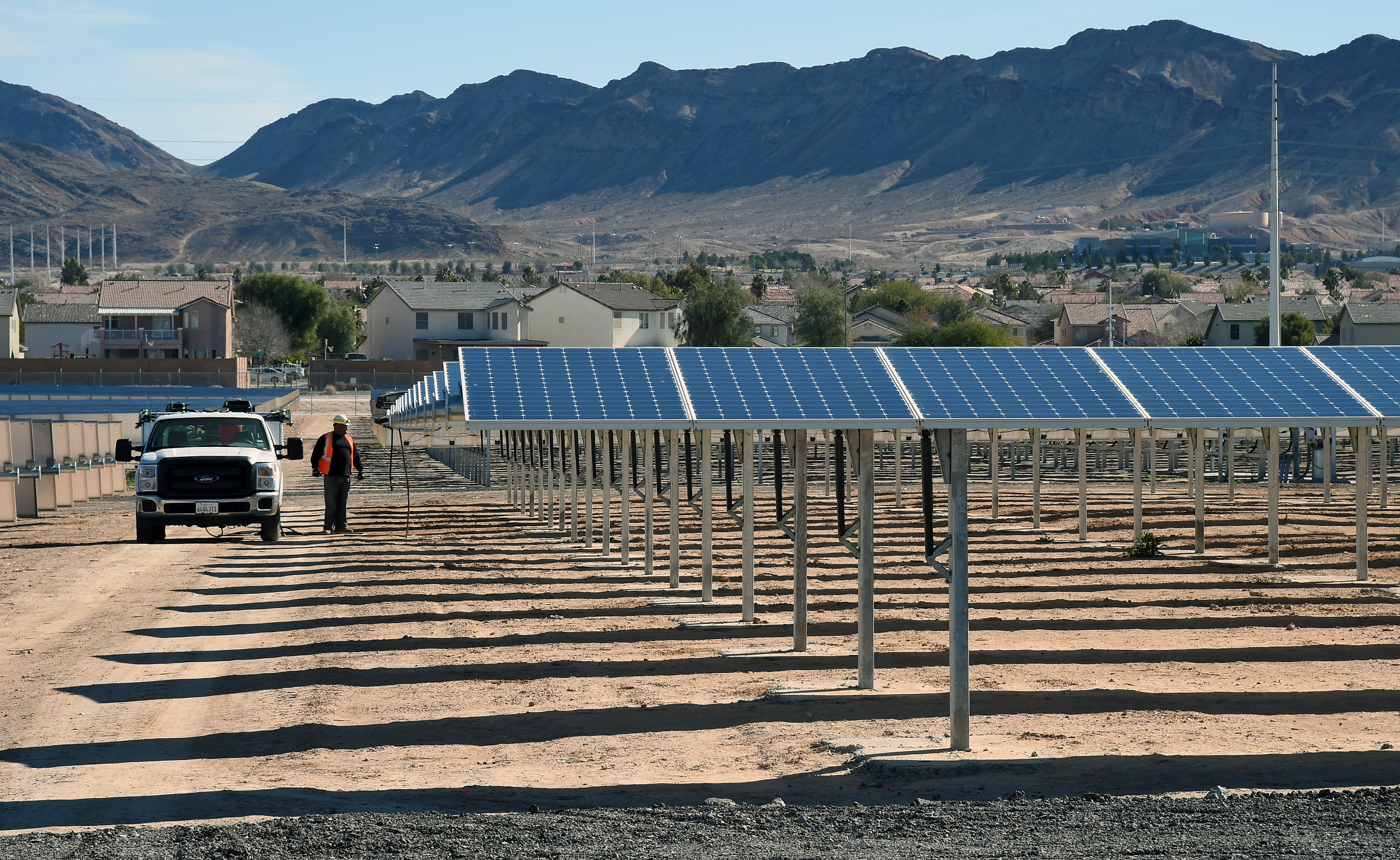 John Gatlin of Greenbotics walks between rows of solar panels during a dedication ceremony to commemorate the completion of the 102-acre, 15-megawatt Solar Array II Generating Station at Nellis Air Force Base on Feb. 16, 2016 in Las Vegas, Nevada. (Photo by Ethan Miller/Getty Images)

The initiative is expected to face much more resistance in the next go-around. While NV Energy stayed mum during the 2018 campaign, Question 6 supporters are predicting the utility company will spend millions to defeat it over the next two years. (RELATED: Navajo Nation Spokesman Calls Tom Steyer’s Green Energy Campaign A ‘Slap In The Face’)

Conversely, Steyer’s investment in the Nevada was minimal compares to the amount of money he’s spent elsewhere in the country — he’s dropped well more than $21 million through NextGen Climate Action in an effort to pass a similar measure in Arizona. The green energy activist is most likely to take a greater interest in the second round.