An Indian diocese announced that it won’t pay for the defense of a bishop accused of serially raping a nun, but may assist the nun.

Bishop Agnelo Gracias of the diocese of Jalandhar, who serves as the interim bishop of the diocese while Bishop Franco Mulakkal faces trial on charges of rape, said that Mulakkal’s family has and will continue to pay for his legal expenses. Gracias also said that the diocese would consider paying for the legal expenses of Mulakkal’s alleged victim, should she request their aid. (RELATED: Indian Christian Murdered In Caste-Motivated ‘Honor Killing’) 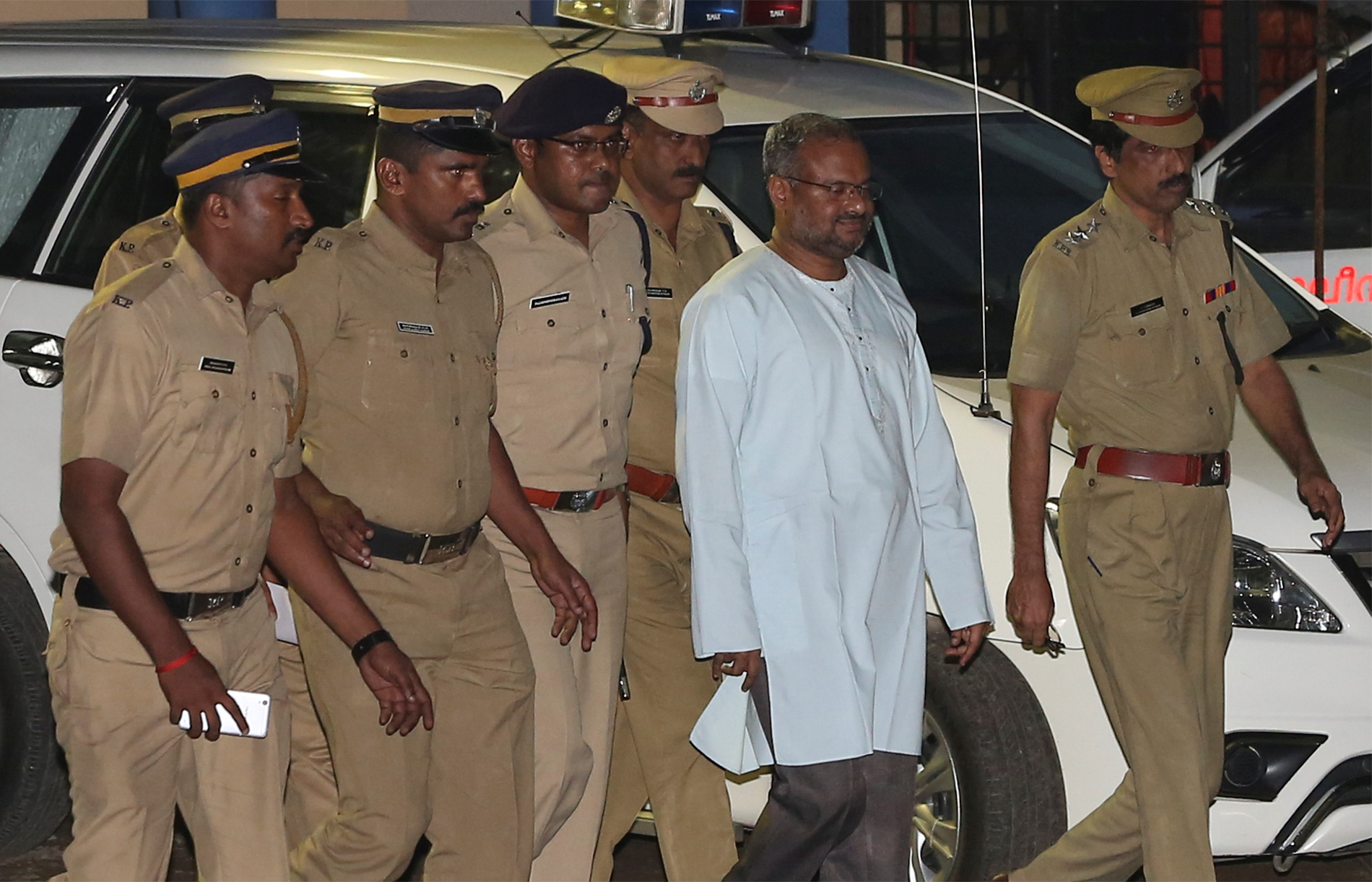 Bishop Franco Mulakkal (2nd R), accused of raping a nun, is escorted by police outside a crime branch office on the outskirts of Kochi in the southern state of Kerala, India, September 21, 2018. REUTERS/Sivaram V

“His family back home is quite well off. So, no request has come to us from his side,” Gracias said, according to Crux Now.

Authorities arrested Mulakkal on Sept. 21 after a 44-year-old nun of the Missionaries of Jesus reported that he had raped her over a dozen times over two years. The nun filed her report with police on June 29, claiming that the Vatican officials had not acted in response to any of the four letters she sent to report concerns over priests and bishops’ dereliction of duties and ill treatment of nuns.

Mulakkal denies her claim, however, and accused her of filing the complaint as revenge for the investigation he reportedly ordered into a claim that she was having an incestuous affair.

Police released Mulakkal from custody on bail, but recently threatened to take him into custody again if he did not hand over a laptop, which they believe contains evidence relevant to his case, by Nov. 5. It remains unclear whether he has delivered the laptop and whether he will be taken into custody again.

Authorities also have not released any information concerning the autopsy performed on Father Kuriakose Kattuhara, who was found dead on Oct. 22 after he delivered testimony against Mulakkal. Kattuhara’s family members allege foul play.