Michelle Manning Barish and Tanya Selvaratnam, two of the four accusers, spoke on the record to Ronan Farrow and Jane Mayer of The New Yorker. They accused Schneiderman of non-consensual physical violence last May. 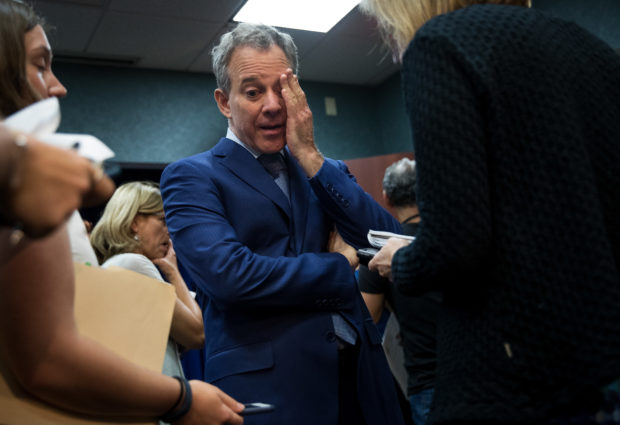 The former AG resigned soon after The New Yorker’s article was published.

Nassau County District Attorney Madeline Singas told CNN Thursday that her office has no plans on filing charges against Schneiderman. Singas also proposed legislation to criminalize this type of behavior 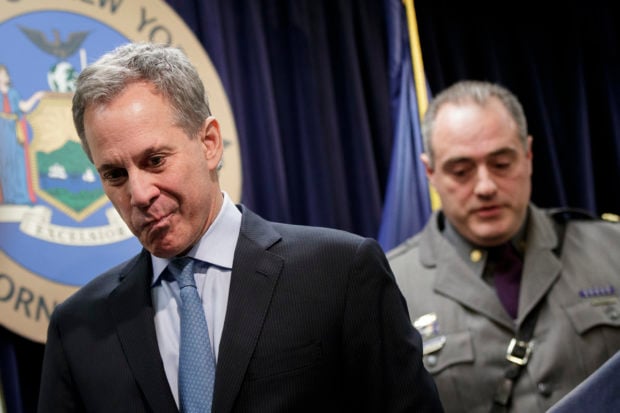 NEW YORK, NY – MARCH 15: New York state Attorney General Eric Schneiderman (L) leaves the podium after speaking during a news conference to announce the take down of a large organized crime ring, March 15, 2017 in New York City. The investigation, dubbed Operation Sticky Fingers, has resulted in charges against 12 people accused of stealing more than $12 million in high-end electronics and supplies from retail stores and reselling the merchandise on Amazon and eBay. (Photo by Drew Angerer/Getty Images)

Schneiderman expressed remorse for his actions in a statement that was obtained by CNN. (RELATED: Flashback of AG Schneiderman At Pro-Choice Event: ‘We Are Standing Up Against Violence’)

“I recognize that District Attorney Singas’ decision not to prosecute does not mean I have done nothing wrong. I accept full responsibility for my conduct in my relationships with my accusers, and for the impact it had on them,” his statement read.

After spending time in a rehab facility, I am committed to a lifelong path of recovery and making amends to those I have harmed. I apologize for any and all pain that I have caused, and I apologize to the people of the State of New York for disappointing them after they put their trust in me.

I appreciate the District Attorney’s statement and will work to ensure that such legislation passes in NY state and elsewhere. I feel completely vindicated by Eric Schneiderman’s admission that he engaged in the abuse to which he subjected me and the other women.

Barish tweeted that she felt “vindicated by Eric Schneiderman’s admission,” adding that she “[wishes] him well in his recovery process.”

Prior to the allegations surfacing, Schneiderman called the “#MeToo movement” “extraordinary” in Alec Baldwin’s podcast.