A prominent California-based scientist will be awarded a prestigious science award Friday, despite the fact he admitted to obtaining confidential documents from a conservative think tank “under someone else’s name” before leaking them to reporters.

Pacific Institute President-emeritus Peter Gleick will receive the Carl Sagan Prize for Science Popularization, named for the late science communicator and physicist Carl Sagan. Gleick will be presented with the prize at Wonderfest in San Francisco.

Chosen by a committee, the Sagan prize is awarded to Bay Area scientists who progress “the public understanding and appreciation of science.” The prize also comes with $5,000. (RELATED: University of California Sued Over Stonewalling Of ‘Climate Litigation’ Documents)

“Sagan would be proud to know that Peter Gleick, so renowned for his research and his outreach, has received Wonderfest’s Sagan Prize for 2018,” Wonderfest’s founding executive director Tucker Hiatt said in a statement issued in late August.

Gleick been a prolific author and outspoken proponent of policies to curb greenhouse gas emissions. Gleick is also a critic of skeptics of catastrophic global warming, whom he’s called “deniers.”

In fact, Gleick admitted in 2012 his hatred for those who disagree with him on climate science led to a “serious lapse of my own professional judgment and ethics.”

Tomorrow in San Francisco, @PeterGleick will receive the 2018 Carl Sagan Prize for Science Popularization. The prize recognizes researchers who have contributed to the public understanding and appreciation of #science: https://t.co/FZnd9iq1lH pic.twitter.com/pxa5xsK7l9

Gleick then leaked those documents, including one that might have been fake, to reporters. At the time, Heartland kept its donors private, in part, because activists had harassed them in the past. Gleick did this while chairing the American Geophysical Union’s panel on “Scientific Ethics.”

“My judgment was blinded by my frustration with the ongoing efforts — often anonymous, well-funded, and coordinated — to attack climate science and scientists and prevent this debate, and by the lack of transparency of the organizations involved,” Gleick wrote in 2012.

Gleick was a frequent critic of Heartland’s, routinely criticizing the group for not publicly disclosing its donors. Gleick posed as a Heartland Institute board member to extract internal funding documents from the group, the group’s spokeman says.

A former Heartland board member speculated Gleick was the source of the leaked documents three days before the renowned scientists admitted to it.

“Nevertheless I deeply regret my own actions in this case. I offer my personal apologies to all those affected,” Gleick wrote.

The Heartland Institute bills itself as the most prominent think tank that promotes skepticism of man-made global warming. The group routinely releases reports to counter the mainstream climate science narrative put out by the United Nations.

“Wonderfest brings disgrace upon itself and sullies the memory of Carl Sagan by giving this award to an admitted liar and thief,” Heartland spokesman Jim Lakely told The Daily Caller News Foundation.

Gleick’s actions, spurred by a possibly false document sent to him “anonymously,” allowed Greenpeace and other environmental groups to pressure Heartland Institute donors to withdraw their funding. GM and Diageo stopped funding Heartland amid pressure.

“Peter Gleick’s reward for impersonating a member of Heartland’s board of directors via email, stealing private documents, and writing a fake ‘memo’ to smear The Heartland Institute should have been a prison sentence,” Lakely said. “Instead, he is regularly celebrated by the radical environmental movement.”

Gleick’s admission earned him condemnation from across the ideological spectrum. Columnist Megan McArdle, then writing for The Atlantic, wrote at the time, “I confess to wondering whether he doesn’t have some sort of underlying medical condition that requires urgent treatment.” 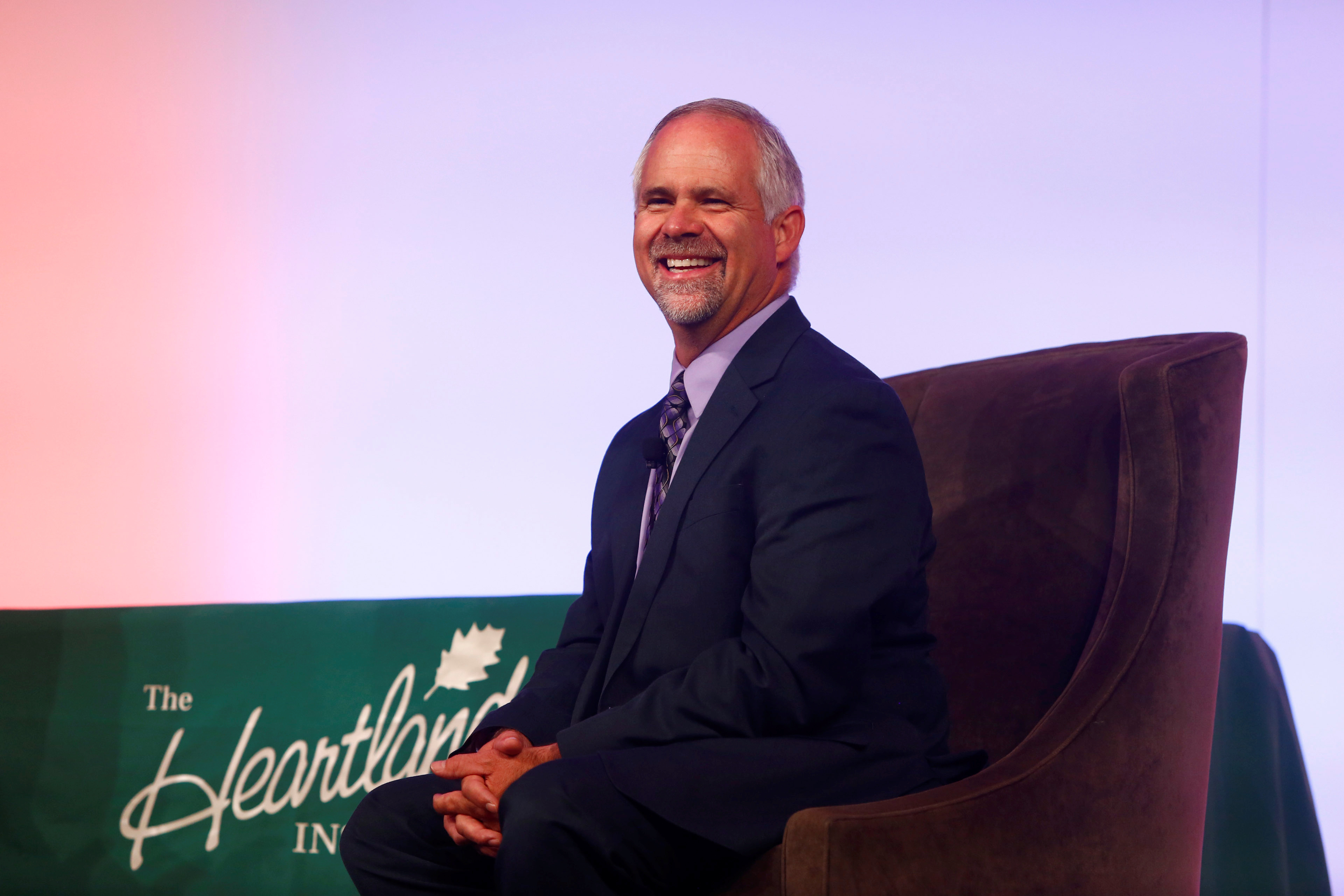 A Washington Post writer bemoaned that Gleick has “done more to discredit himself and his work than he has to expose cynicism and collusion among global-warming deniers.”

Gleick resigned from AGU’s ethics board and also from the National Center for Science Education. However, Gleick was restored to his post as Pacific Institute president after a three-month investigation into his conduct.

Heartland Institute lawyers prepared a lengthy slideshow of evidence of Gleick’s fraud, including emails and document metadata, for federal prosecutors. The government did not prosecute Gleick.

Neither Wonderfest’s Hiatt nor Gleick responded to The Daily Caller News Foundation’s request for comment.

“I’m thrilled to be honored with the Sagan Prize,” Gleick said in a late August statement. “Carl Sagan’s early efforts to bring science challenges and solutions to the public and policy makers was an inspiration to me, and has encouraged a whole generation of scientists now willing to speak up on the critical challenges of our day.”

In 2012, Peter Gleick had a lapse of judgment and (as described in the Wikipedia article https://en.wikipedia.org/wiki/Peter_Gleick as “Heartland Institute Incident”) dissembled to the anti-climate-change Heartland Institute, allowing an employee to believe he was a member of its board. <https://www.nytimes.com/2012/02/16/science/earth/in-heartland-institute-leak-a-plan-to-discredit-climate-teaching.html?pagewanted=all> Gleick was attempting to confirm material previously sent anonymously to him that revealed planned Heartland Institute projects to mislead the public on issues of climate change, and even to engage in potentially illegal activity (supporting candidates for office). The information was important, but tarnished because it was confirmed through unethical means.