Democratic California Sen. Dianne Feinstein encouraged then-President Barack Obama to use the “very broad power” granted to him by Congress to limit immigration in any way he saw fit, according to a letter obtained by The Daily Caller News Foundation.

Feinstein sent the letter to Obama in July 2014, in the midst of an unprecedented surge in illegal immigration by family units and unaccompanied minors, mostly from Central America, across the southwest border.

In her note, Feinstein referred to Section 212(f) of the Immigration and Nationality Act, which grants the president the authority to “suspend the entry of all aliens or any class of aliens as immigrants or nonimmigrants, or impose on the entry of aliens any restrictions he may deem to be appropriate.”

The statute gave Obama wide latitude to issue new regulations concerning the entry and detention of migrants, Feinstein wrote, including limiting deportation appeal rights and keeping children in the custody of immigration authorities rather than transferring them to the Department of Health and Human Services.

“It therefore appears that no legislation is necessary to give your administration the tools it needs to respond to this crisis, and that any needed temporary measures can be implemented through presidential action,” Feinstein concluded.

The existence of Feinstein’s letter was first reported by Fox News late Thursday, a day before President Donald Trump issued a proclamation making most migrants caught crossing the southwest border illegally ineligible for asylum. In his proclamation, Trump invoked his authority under Section 212(f), the same provision cited by Feinstein in her letter to Obama.

Trump’s order limits asylum protections to only those migrants who present themselves at U.S. ports of entry, with the exception of unaccompanied alien children. The aim of the policy is to channel asylum seekers away from illegal border crossings, which have surged this year amid a wave of Central American migrants, administration officials said Friday. 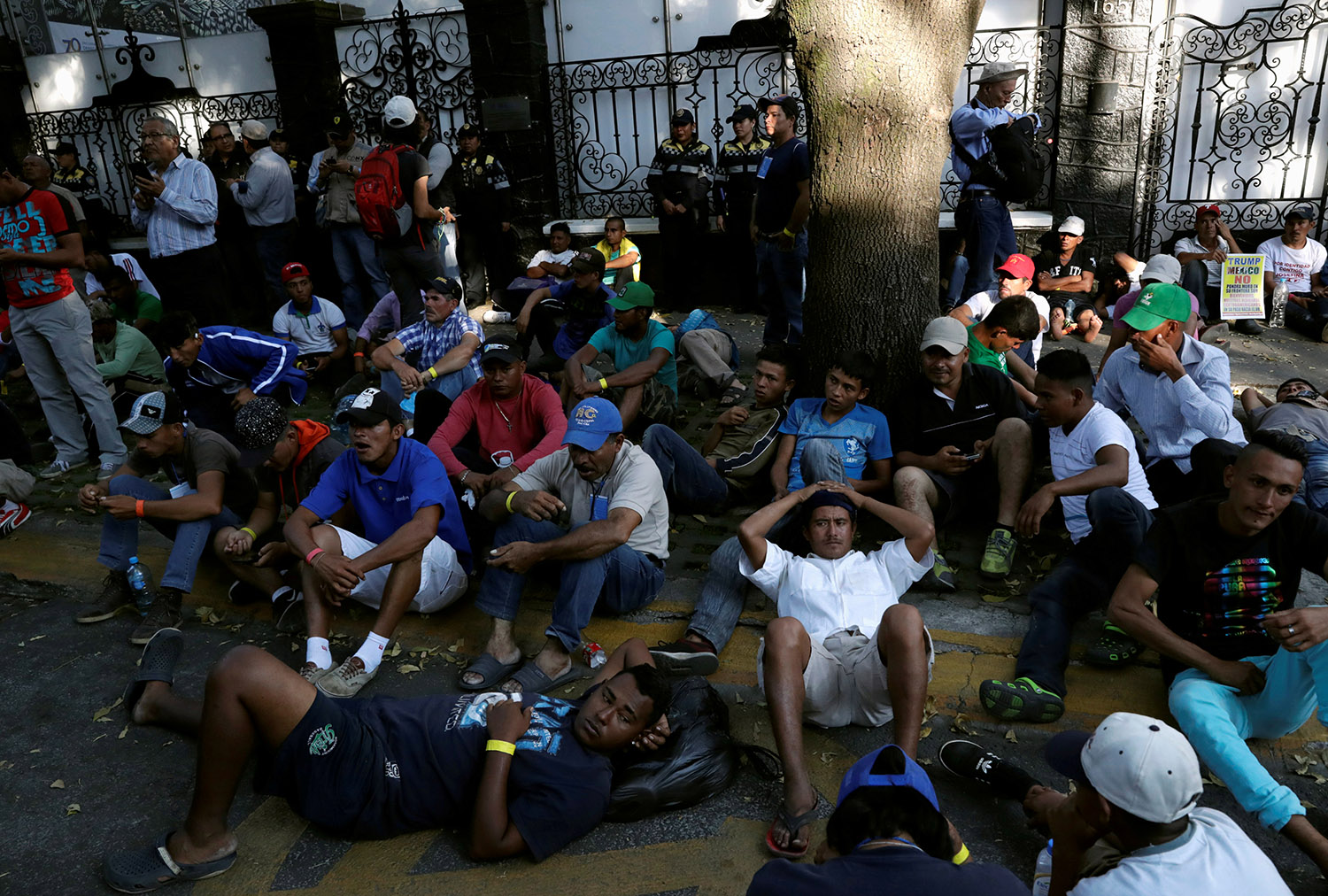 Migrants, part of a caravan traveling from Central America en route to the United States, wait outside a UN Refugee Agency (UNHCR) office during a march demanding buses to take them to the U.S. border, in Mexico City, Mexico November 8, 2018. REUTERS/Henry Romero/File Photo

The Trump administration says the U.S. asylum system has become overwhelmed by thousands of dubious “credible fear” claims that have little chance of resulting in a favorable asylum determination. Because the credible fear standard is so low, the argument goes, economic migrants and others who don’t meet the legal standard for asylum use it as a way to remain in the U.S. while their cases play out in immigration court. (RELATED: DHS Data Shows How Long-Shot Asylum Claims Become A Ticket To Stay In US)

“There is an unprecedented crisis at our Southern border where aliens understand that they can enter the country illegally, avoid removal, and ultimately remain in the U.S. living and working illegally,” Michael Bars, a spokesman for U.S. Citizenship and Immigration Services, said in a statement. “The congressionally delegated authority for our president to handle crises at our border appropriately is recognized historically as a bipartisan approach to solving some of the most endemic challenges to national security and public safety.”

Although Feinstein has been a leading critic of Trump’s immigration policies, she has a history of expressing relatively hawkish positions on immigration. In the 1990s, she railed against illegal immigration across the southwest border, saying, “The day when America could be the welfare system for Mexico is gone. We simply can’t afford it.”

Feinstein has not responded to inquiries about her letter to Obama, according to Fox News.