Famed Watergate reporter Bob Woodward criticized CNN on Tuesday for the network’s lawsuit against the Trump administration after the revocation of Jim Acosta’s press pass.

CNN announced Tuesday morning that they were filing suit against the White House for taking away Acosta’s hard pass, citing violations of their First and Fifth Amendment rights. (RELATED: CNN Gets Several Things Wrong In Lawsuit Against WH)

Woodward blasted the lawsuit during a Global Financial Leadership Conference in Naples, Florida, according to NBC media reporter Dylan Byers. 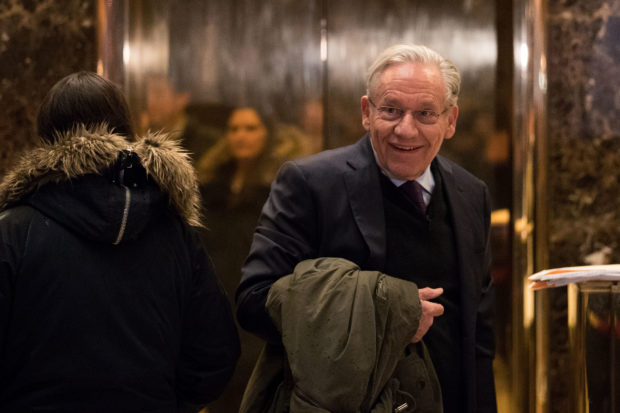 “In the news media, there has been an emotional reaction to [President Donald Trump] … too many people for Trump or against Trump have become emotionally unhinged about this,” Woodward said. “This is a negative … Trump is sitting around saying, ‘This is great.'”

BOB WOODWARD at Global Financial Leadership Conference in Naples, Fla., shortly after CNN sues White House over @Acosta :: “In the news media there has been an emotional reaction to Trump … too many people for Trump or against Trump have become emotionally unhinged about this.”

+ WOODWARD on CNN lawsuit: “This is a negative … Trump is sitting around saying, ‘This is great.” … “When we engage in [Trump’s strategy] we’re taking his bait.”

Woodward accused CNN of taking Trump’s bait, adding that the solution to Trump’s attacks on the media is more “serious reporting” as opposed to a lawsuit.

Acosta’s pass was revoked after a spat with President Trump at a post-midterms press conference, during which Acosta battled the president over whether or not the migrant caravan headed to the southern border can be classified as an “invasion.”

After asking several questions and follow-ups, Acosta refused to surrender the microphone to a White House intern and used his arm to prevent her from taking the microphone away while he debated with the president.