California Gov. Jerry Brown blamed “those who deny” global warming for wildfires devastating the state, while President Donald Trump blamed the blazes on the state’s “gross mismanagement of the forests.” So, who is right?

Both of them are wrong, according to University of Washington climate scientist Cliff Mass.

“The situation is complex,” Mass told The Daily Caller News Foundation. “And most of the politician are getting things wrong.”

“President Trump is not correct that forest management is a major issue in these fires,” Mass said via email. “The recent fires are predominantly in grassland and chaparral.”

“And Governor Brown is not correct that global warming is a significant issue,” Mass said. “The grasses and chaparral would have been dry enough to burn no matter what, since California is typically dry after its typical long warm/dry summer and the offshore-directed Diablo/Santa Ana winds would have dried it out in any case.” 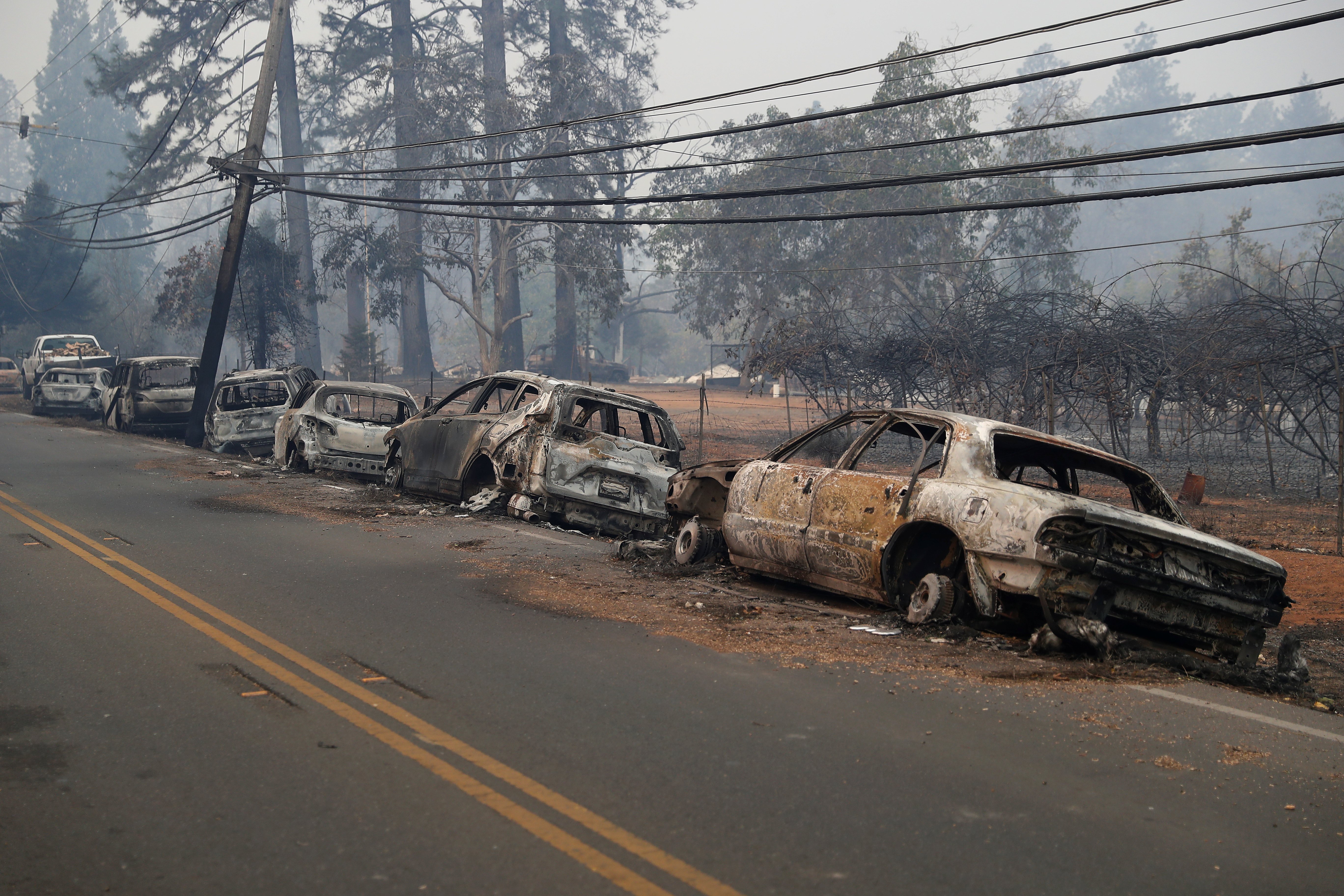 A row of burned vehicles are seen on Skyway during the Camp Fire in Paradise, California, U.S. Nov. 9, 2018. REUTERS/Stephen Lam.

The Camp Fire, the largest of the three, consumed 117,000 acres and is only 30 percent contained. While the cause is unknown, the blaze may have been sparked by power line near Pulga, which is surrounded by Plumas National Forest.

In total, the fires killed at least 44 people, destroyed thousands of structures and at one point forced more than 250,000 to evacuate their homes. (RELATED: Here Are Some Of The Most Harrowing Wildfire Escape Stories Coming Out Of California)

Every time a massive wildfire rages across California, politicians and pundits leap up to assign blame to man-made global warming. News coverage almost always declares the fires “consistent with expectations from climate change,” despite evidence to the contrary.

Brown, a Democrat, went so far as to say “those who deny” global warming were “definitely contributing” to the deadly fires in northern and southern California.

But experts who specifically study wildfires say climate is only one part of the equation. Land management policies and population growth also play an important role in California wildfires. 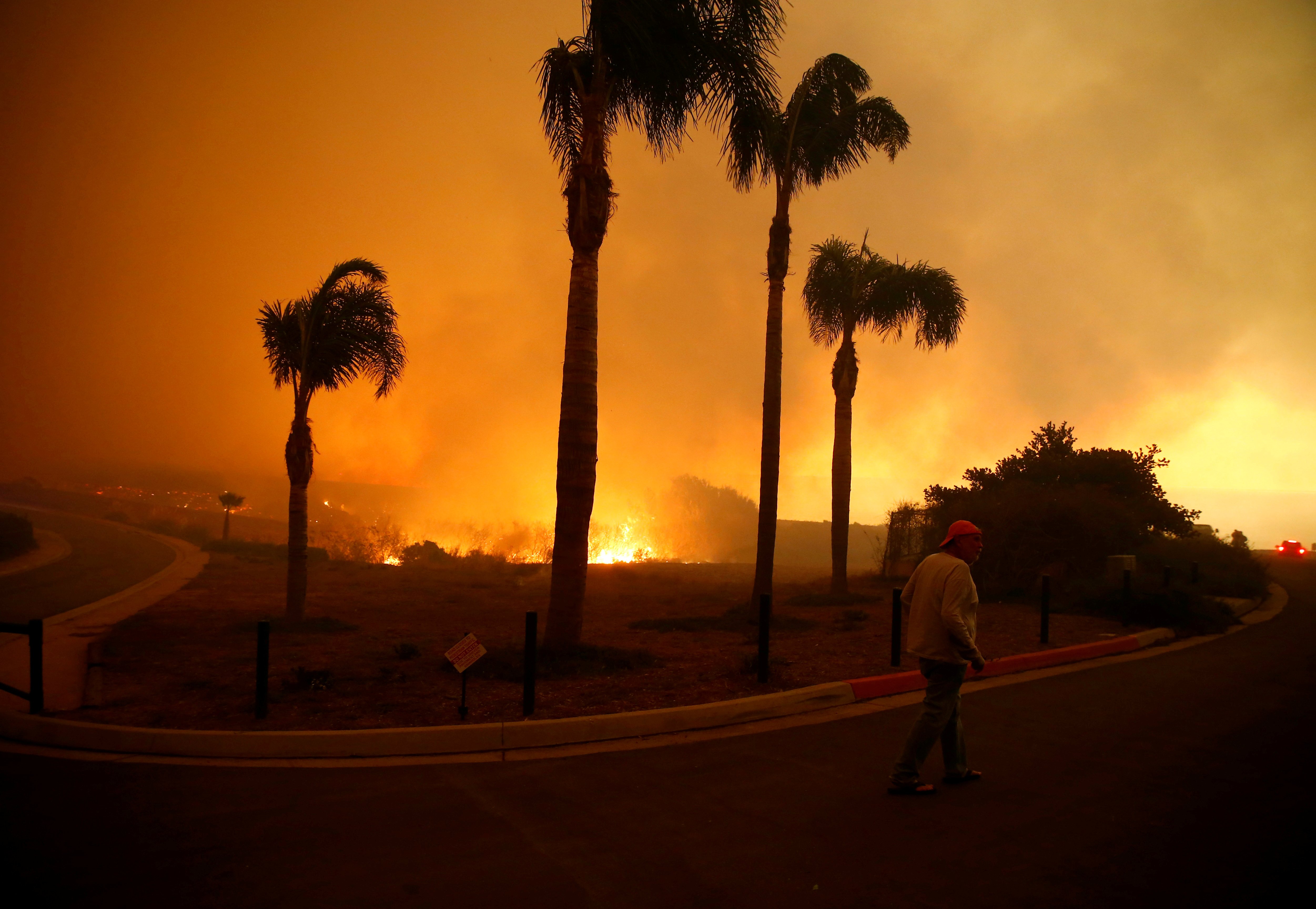 A man walks through a neighborhood threatened by flames as the Woolsey Fire burns in Malibu, California, U.S. Nov. 9, 2018. REUTERS/Eric Thayer.

Indeed, the latest National Climate Assessment special report found there’s only a “low to medium confidence for a detectable human climate change contribution in the western United States based on existing studies.” That report was published in 2017.

Most California fires are human caused, and while the number of fires is decreasing, the size of fires in some parts of California have grown, past research shows. Some scientists say global warming has helped dry out vegetation in the west, making the region more vulnerable to fire.

But as Mass noted, California is dry enough this time of year to spark massive wildfires even without any global warming. It’s local weather, primarily low humidity and Santa Ana winds, that make the state vulnerable to fires.

“The temperatures were colder than normal over Northeast California and Nevada, which helps produce inland high pressure that produces the winds,” Mass said.

In such conditions, sparks from vehicles, lawn mowers and power lines can easily set of major blazes. As the population spreads into fire-prone landscapes, so does the risk of human-caused fires. 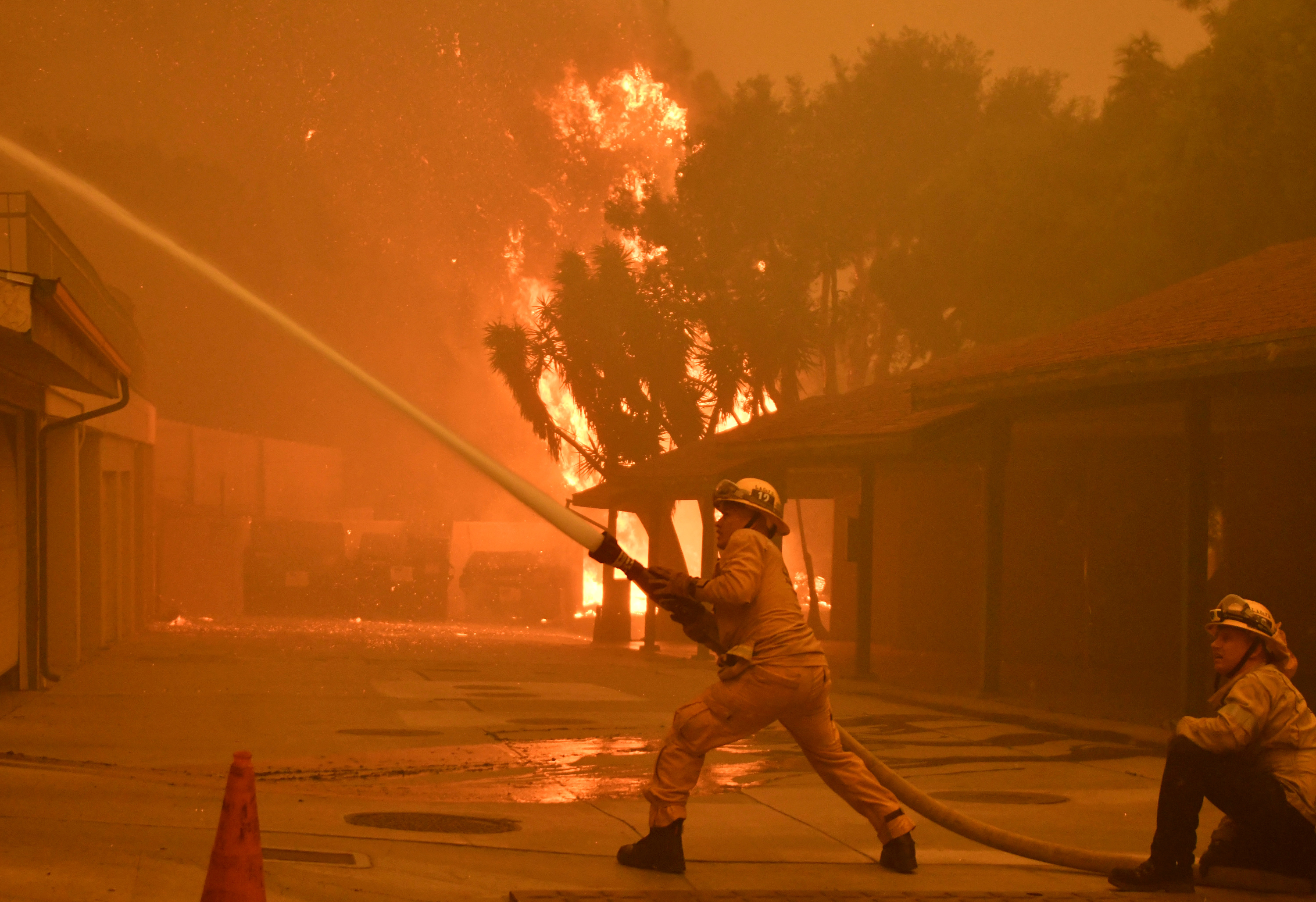 Trump blamed California’s “poor” forest management policies for wildfires. And while wildfire experts do agree in general that faulty forest management is making fires worse, those practices had little to do with the current fires.

“A fact-based view would note the key role of the strong offshore-directed winds (which should WEAKEN under global warming), the role of human ignition, and the massive invasion of flammable wildland by people during the past fifty years,” Mass told TheDCNF.

“Add to this the influx of invasive, flammable grasses, and you have extreme danger,” he said. “So both ‘sides’ need to stop trying to score political points and deal with the problem.”