President Donald Trump defended his administration’s decision not to attend a scheduled World War I memorial service Saturday in France, saying the Secret Service would not allow him to attend because of weather considerations.

By the way, when the helicopter couldn’t fly to the first cemetery in France because of almost zero visibility, I suggested driving. Secret Service said NO, too far from airport & big Paris shutdown. Speech next day at American Cemetary in pouring rain! Little reported-Fake News!

Trump has been criticized for his decision and accused of not wanting to attend the ceremony in the pouring rain. The president pointed out that he attended another memorial service in the rain the next day. 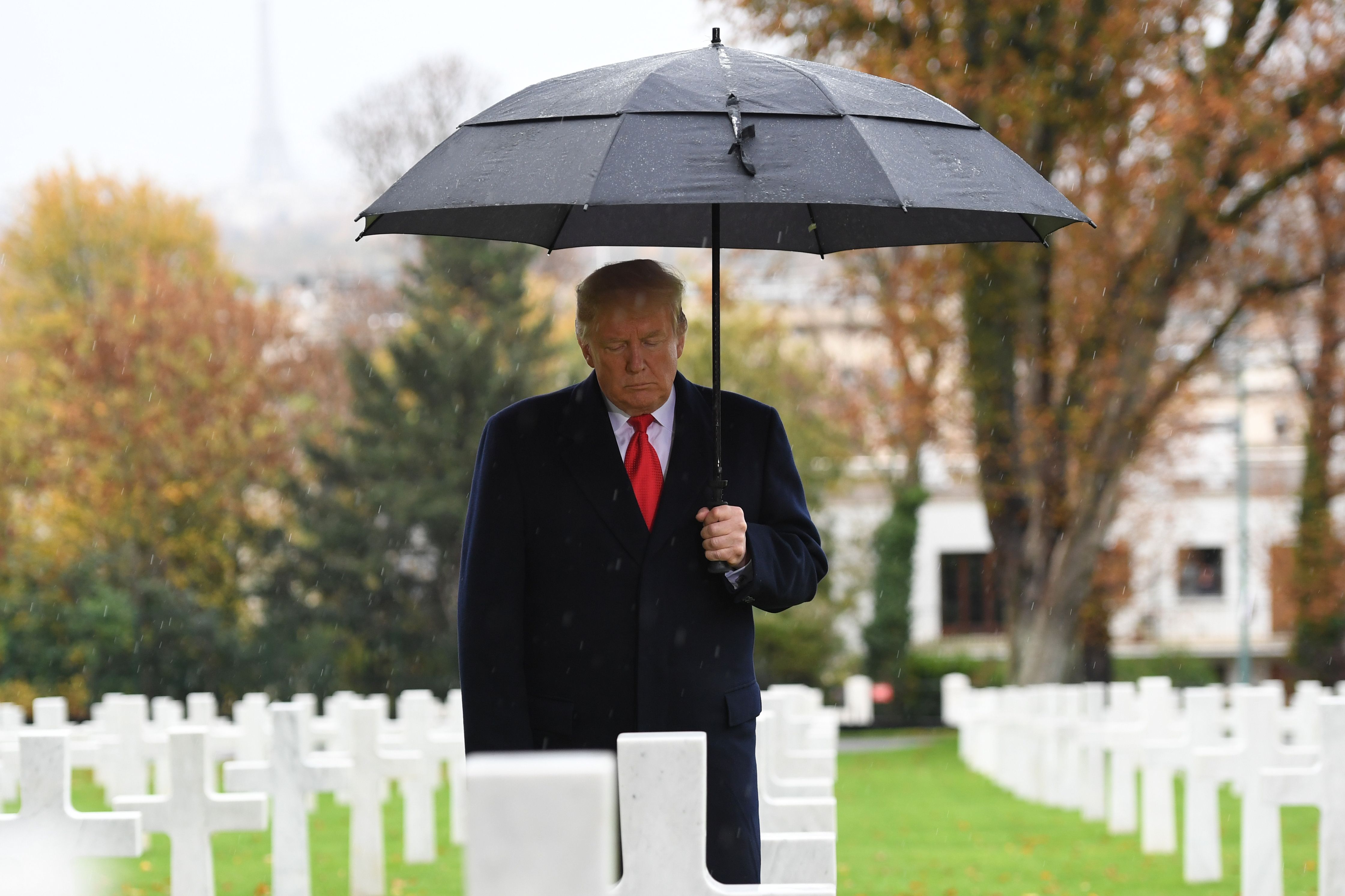 Trump’s explanation echoes a Sunday evening statement from White House press secretary Sarah Huckabee Sanders saying “because of near-zero visibility, Marine One was unable to fly, as had been planned. A car ride of two and a half hours, each way, would have required closures to substantial portions of the Paris roadways for the President’s motorcade, on short notice. President Trump did not want to cause that kind of unexpected disruption to the city and its people.” 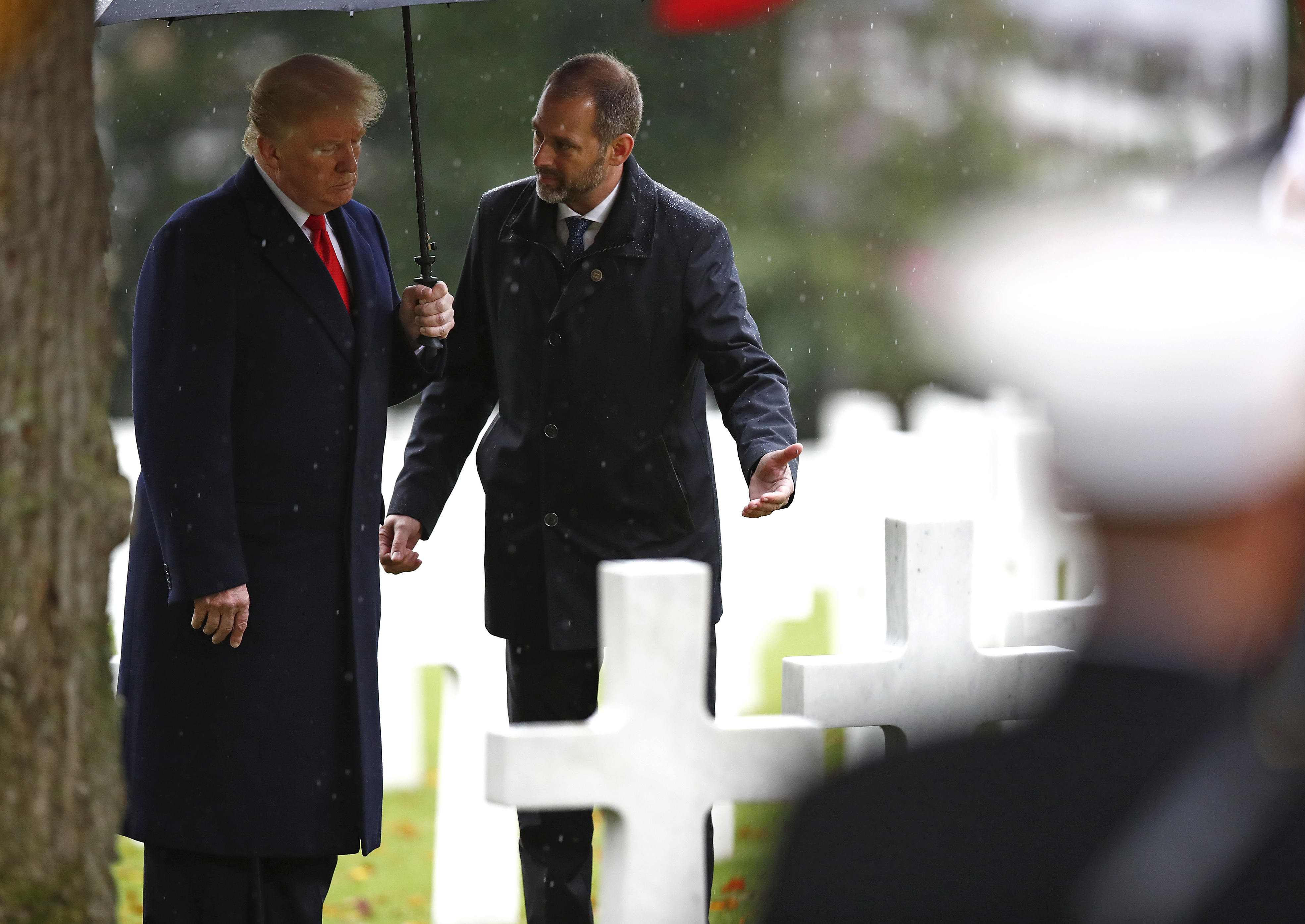 Sanders continued, “he was honored to be able to attend today’s event at the Suresnes American Cemetery and was deeply moved by the sacrifices of so many for the cause of freedom.”