A norovirus outbreak is sweeping through a shelter for wildfire victims in Northern California, potentially causing diarrhea, fever and body aches in anyone who is infected, The Associated Press reports.

The norovirus is highly contagious and has prompted shelter workers to quarantine infected residents separate from others in the shelter. Staff cleaned the shelter with bleach Wednesday, according to the AP.

The victims of the virus are likely people displaced by the Camp Fire, the most deadly fire in state history after killing at least 56 people. The Camp Fire has wiped out more than 9,000 houses and commercial buildings. It had burned 140,000 acres and was 40 percent contained by Thursday morning, according to the state fire agency Cal Fire.

Interior Secretary Ryan Zinke and Federal Emergency Management Agency (FEMA) Administrator Brock Long met with Democratic Gov. Jerry Brown and emergency officials in California Wednesday. The Trump administration officials surveyed the wreckage of the Camp Fire, especially around Paradise, a town of about 27,000 that was 95 percent destroyed by the Camp Fire.

“Every time I come to California I say this is the worst fire I’ve seen. Once again this is the absolute worst,” Zinke said in Wednesday tweet. “Worse than any war zone I saw in Iraq. The heroism of firefighters is amazing.”

“We’ll be here for several years working this disaster,” Long said at a press conference after surveying Paradise, according to NBC News. 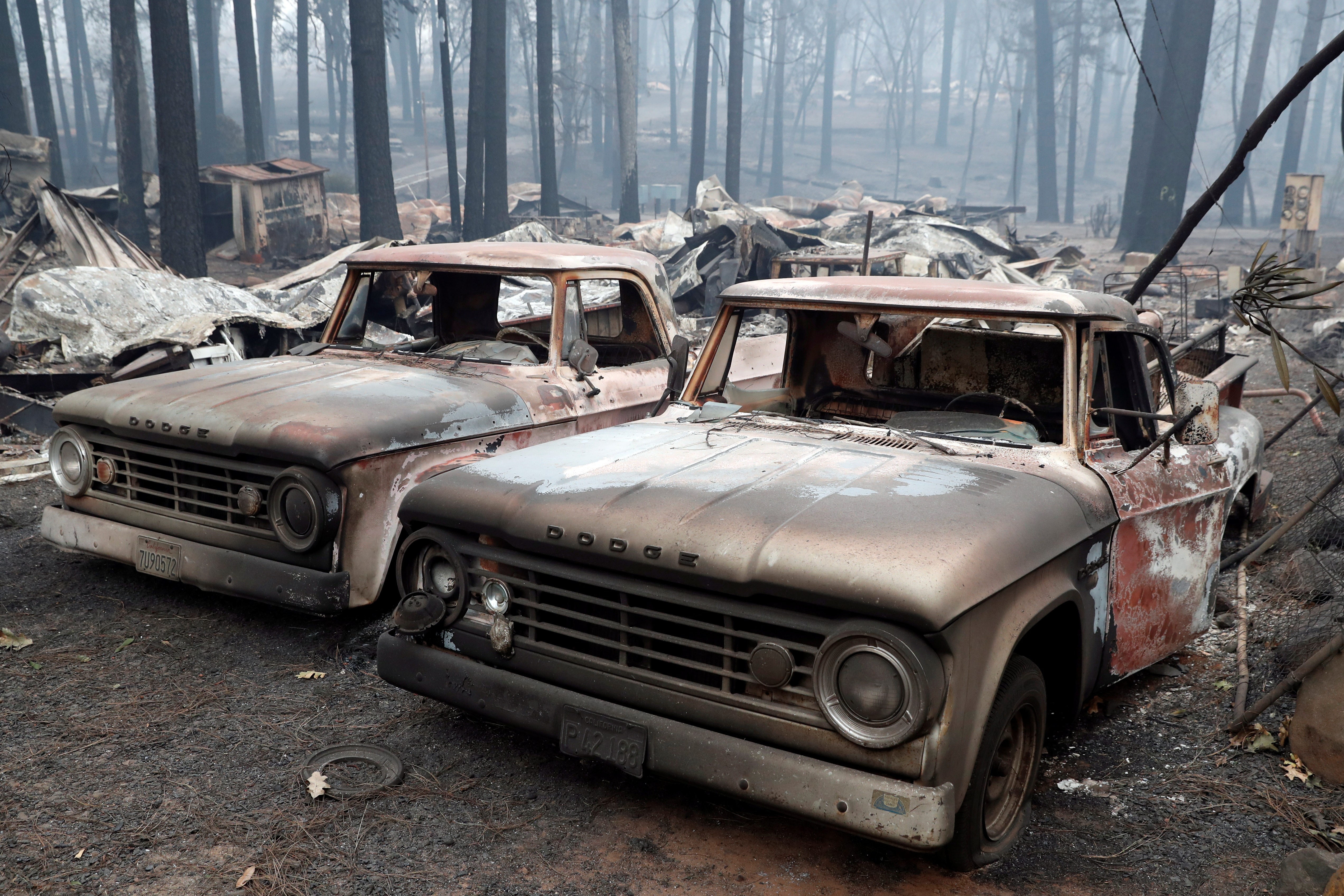 “The infrastructure is basically a total rebuild at this point,” Long said. “You’re not going to be able to rebuild Paradise the way it was.”

The Woolsey Fire, a major fire burning in Southern California, has consumed another 98,000 acres and was 57 percent contained by Thursday morning. It has killed at least two people and razed 600 structures, according to Cal Fire.