The U.S. Forest Service (USFS) continues to have a culture of harassment and retaliation. That was the repeated message by both Democrats, Republicans and witnesses when the House Oversight and Government Reform Committee held a hearing Thursday entitled: “Examining Misconduct and Retaliation at the US Forest Service.”

In November 2017, the USFS first acknowledged 34 cases of sexual harassment for an article in The Daily Caller.

Since then, then USFS Chief Tony Tooke retired abruptly in March, after a January 2018 article in TheDC about an inappropriate relationship with a subordinate triggered a larger investigation.

PBS and “Dateline” have also each run stories on rampant sexual harassment and assault at the USFS in 2018.

Shannon Reed, a former U.S. Forest Service employee, testified Thursday that she experienced sexual harassment at the hands of her immediate boss, Jack Triepke, as well as Chief Tooke. She says she was suspended and terminated, effective October, after she reported the alleged incidents.

Reed was first featured in TheDC in November 2017, when she referred to an environment of sexual favors for advancement.

“Another man told me that I could not go out on a fire until I sucked his cock. I did not suck his cock. I have not gone on a fire,” Reed told TheDC in 2017.

She was equally graphic in her testimony Thursday, even warning “this language in my testimony is explicit.”

“I was called little girl, a f**king bitch, slut, and c**t, on multiple occasions,” Reed said. 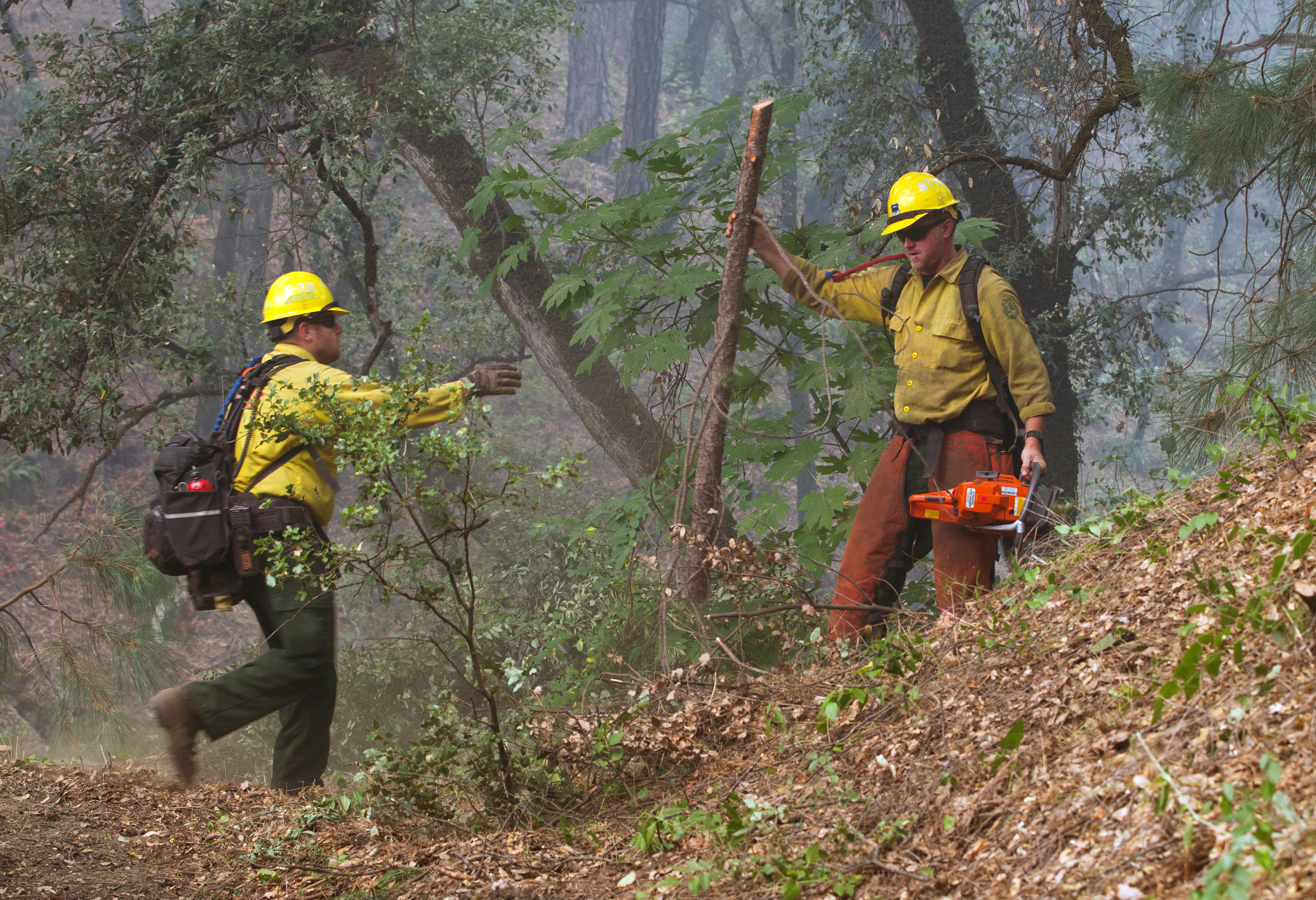 Reed described how during an orientation, she went with a group of approximately 20 people when she ran into Tooke, who was then head of the region she had been moved to.

Reed said that Tooke then proceeded to grab her butt.

“He didn’t say anything, he just had this creepy smile on his face, like he got away with something,” she said.

Reed also alleged that Triepke, her boss, asked Reed to a bar and to a hot tub resort; when she denied his advances, Triepke escalated. She declined both invitations.

“He yelled at me, threatened, me, spit in my face,” she told the committee. “In April 2017, Mr. Triepke called me at night and it was not for business; he sounded intoxicated.”

He yelled at her so much one time, Reed said, that she hyperventilated.

Another witness at the hearing was the new USFS Chief, Vicki Christiansen, who was confirmed in October, but had been the acting chief since March, immediately after Tooke’s departure.

Christiansen said that in such a case, Triepke’s superior was supposed to separate the two, but that never happened.

Instead, Triepke continued as her supervisor as Reed filed an Equal Employment Opportunity complaint and another employee filed internal complaints on her behalf. 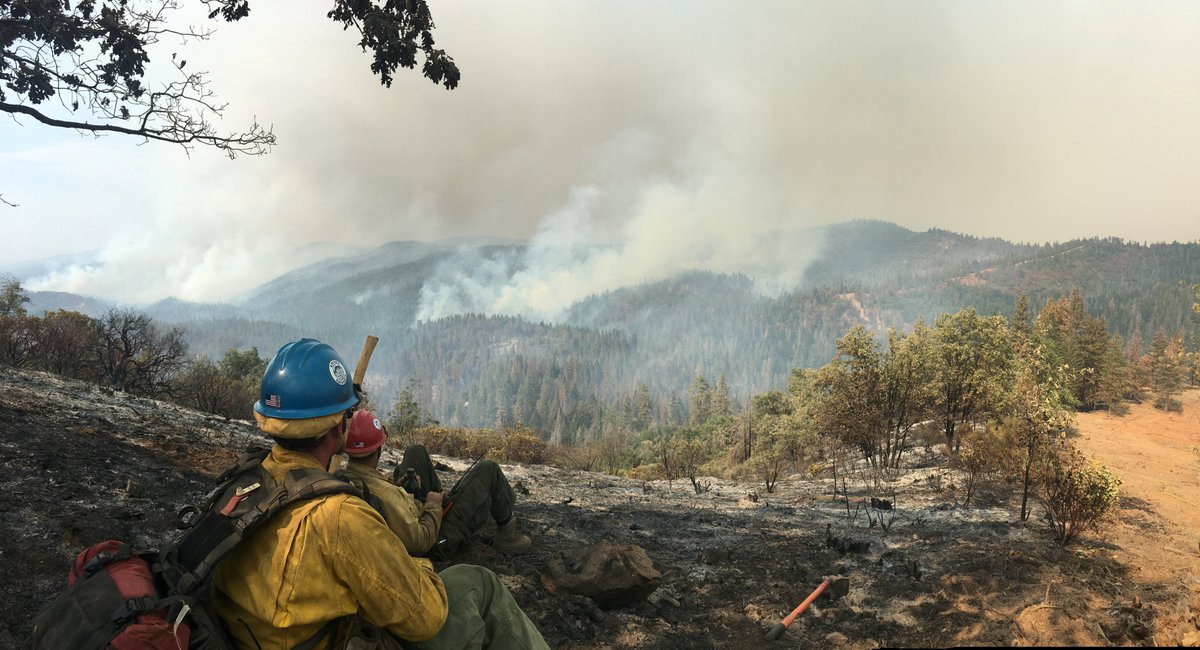 The Sierra Hotshots, from the Sierra National Forest, are responding on the front lines of the Ferguson Fire in Yosemite in this US Forest Service photo from California, released on social media on July 22, 2018. Courtesy USDA/US Forest Service, Sierrra Hotshots/Handout via REUTERS

Triepke denies Reed’s allegations, and while investigating her claims in October, The Daily Caller was unable to get in touch with people who could corroborate them. Two internal reviews failed to find evidence of harassment against Reed, she said.

“The allegations are false and repetitive of previous complaints/investigation from which myself and fellow employees were cleared of all allegations based on comprehensive documentation and witness statements,” Triepke told The Daily Caller in a statement in October.

“Ms. Reed was removed from federal service for extraordinarily poor performance, after have been given many opportunities to improve performance,” he continued. “I’ve retained an attorney in response to Ms. Reed’s false accusations/defamation.”

She said that USFS listening sessions only put her and other victims in the same room with their accuser, and that harassers laugh and don’t take it seriously.

“How in the hell do you get the perpetrator and the victim in the same room?” Carolyn Maloney, a Democrat from New York, asked rhetorically.

“We are coming to terms with our past,” Christiansen said. “Fear of retaliation is real.”

She continued later: “Processes are too slow and lack transparency.”

She said there was even a perception that USFS rewards bad actors and that trust in supervisors “has been diminished.”

Christiansen sounded an optimistic note when she claimed the agency was taking steps to combat the problem, including: hosting listening sessions, opening a new harassment reporting center, and creating an employee advisory group (EAG).

Christiansen referred to the employee advisory group as her “eyes and ears … on the ground.”

Both Republicans and Democrats, along with at least one of the other witnesses challenged her report of progress as nothing more than window dressing.

Rep. Glenn Grothman, a Republican from Wisconsin, scoffed at the notion that changing the culture would take time.

“There are all sorts of businesses and organizations around the country and I don’t think any of them would put up with something like this,” Grothman said. “In other areas of society, we come up with new rules all the time. These are rules who were in effect anyway, but people are expected to adapt: on Monday…I just think you are going too slow.”

Maryland Democratic Rep. Elijah Cummings said another issue is that the USFS continues to fail to provide documents to the committee.

“The U.S. Forest Service has not cooperated fully with the committee’s oversight efforts. Documents provided in response to committee’s request contain extensive inappropriate redactions,” Cummings said. “They contradict the agency’s claim it is committed to transparency. The productions also appear to be incomplete, given the scope of the committee’s requests.”

He also noted: “Over the last two years, employees in the Forest Service continue to come forward to the media and to this committee to report sexual harassment and even sexual assault. They have expressed profound fear because of their reports; they can suffer retaliation, retribution, that limit or potentially even end their careers in the Forest Service.”

This is not the first time that the House Oversight Committee has examined sexual harassment and retaliation in the USFS.

In December 2016, when the Committee was chaired by Jason Chaffetz of Utah, the committee was treated to more explosive testimony, specifically from Denice Rice, who says she was harassed and assaulted by a superior and then had her career stalled.

Today, the committee is chaired by Trey Gowdy, who used his opening statement to summarize Rice’s case.

Rice did not testify but was in the gallery at Thursday’s hearing.

Gowdy said she was moved into an office with harasser’s wife, and that numerous investigations interviewed her repeatedly, causing her to relive the assault.

Then, the USFS tipped off her harasser to an investigation, allowing him to quickly retire.

“So, if I have this right, Denice was harassed, assaulted, moved, forced to relive the incident,” Gowdy said. “What happened to the harasser you might ask. He was given the luxury of retiring.”