Former U.S. Attorney Joe DiGenova said during a Monday interview on WMAL that GOP Reps. Bob Goodlatte and Paul Ryan should be embarrassed by their “11th hour” subpoenas of James Comey and Loretta Lynch.

DiGenova called the subpoenas for former Attorney General Lynch and former FBI Director Comey a “joke” and claimed Ryan, from Wisconsin, and House Majority Leader Kevin McCarthy will see this as a victory, after delaying their testimony at all costs.

“These subpoenas by Goodlatte are an embarrassing joke to the Republican Party,” DiGenova said. (RELATED: Congress Postpones Interview With Rod Rosenstein)

“That they come at this hour in the 11th hour of their power in the House of Representatives is a victory for Ryan and McCarthy who did everything that they could to prevent these types of subpoenas from being issued,” he added.

DiGenova said Goodlatte, from Virginia, should be ashamed of himself and called his actions a betrayal to all Republican voters. He also said his incompetence helped Democrats gain control of the House. 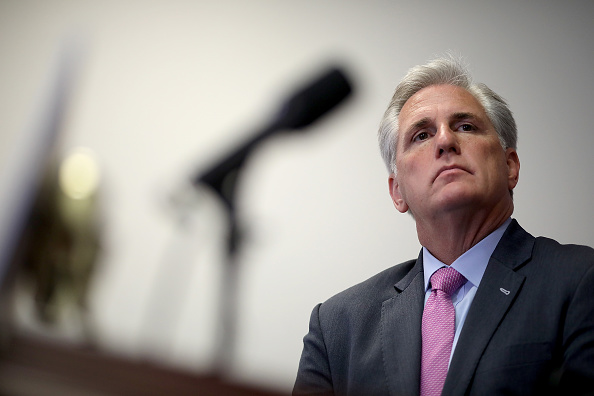 “Goodlatte should be embarrassed. The fact that he buckled under their pressure not to issue subpoenas for more than a year and a half is an insult to every Republican who voted for Republican control of the House. And this is why Republicans are no longer in the majority,” DiGenova said. “There are two reasons they lost their majority: not issuing subpoenas like this and [former Sen.] John McCain voting against Obamacare in the Senate.”

DiGenova said Lynch and Comey can simply ignore the subpoenas until the new Democratic Congress is sworn in.

“I can’t imagine how Goodlatte with a straight face can go on television or radio and say that they’ve finally gotten to this point. Does he think that everybody out there is stupid?” he continued. “Suppose James Comey doesn’t show up and supposed Loretta Lynch doesn’t how up. What’s he going to do? Is he going to have them held in contempt? He won’t be controlling the House. The next House will withdraw the contempt. This is so stupid, so wasteful, so insulting. How about if both of them take the Fifth?”

“The only heroes here are the people from the Freedom Caucus — people like [GOP Reps. Mark] Meadows [of North Carolina] and [Jim] Jordan [of Ohio], people who stood up for the House process. This is a joke. These subpoenas are a joke. They will lead to nothing,” he added.

DiGenova also called Deputy Attorney General Rod Rosenstein one of the most corrupt officials of the 21st century and accused him of being a mole inside the Justice Department.

“Rosenstein is the single more dishonest public official in the 21st century,” he said. “The guy, he’s a mole inside the Justice Department. If that isn’t obvious to anybody who has more than a first grade education, they’ve got something wrong with them.”