Former New York City Mayor Michael Bloomberg donated a whopping $1.8 billion to his alma mater Johns Hopkins Sunday, so the school can accept students on a “need-blind” basis without considering their ability to pay tuition.

Johns Hopkins says this is the largest contribution to an academic university in American history, according to CNN. The money will be used to help fund financial aid for low- and middle-income students, while enabling the school to remove affordability from their acceptance equation.

The funds will also be used to replace student loans with grants, so students won’t be saddled with student debt upon gradation. (RELATED: Michael Bloomberg Plans To Run For President In 2020)

“America is at its best when we reward people based on the quality of their work, not the size of their pocketbook,” Bloomberg wrote in a New York Times op-ed outlining the donation. “Denying students entry to a college based on their ability to pay undermines equal opportunity. It perpetuates intergenerational poverty. And it strikes at the heart of the American dream: the idea that every person, from every community, has the chance to rise based on merit.”

Bloomberg said he’s given $1.5 billion to Hopkins since his first donation of $5 in 1965, the year after he graduated. 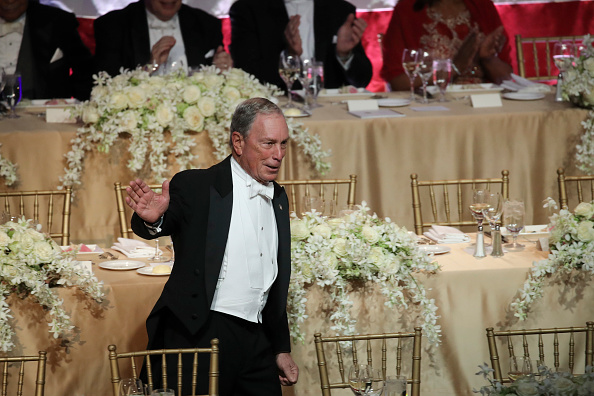 “It’s at another level — truly transformative,” Daniels said, according to The Baltimore Sun. “It’s a moment in which Hopkins becomes better equipped to bring a student population to Baltimore that truly reflects the fabric of this country.”

Tuition for Johns Hopkins ranges from $48,645 to $53,740 per year, but with Bloomberg’s donation, the school said it will be able to cut costs dramatically and reinvest those funds into recruitment, “research experiences, internships, and study abroad” programs.