On Monday afternoon, a full day ahead of Tuesday’s deadline, McAdams announced a press conference via Twitter.

With Salt Lake County’s numbers now reported, Ben McAdams will hold a news conference at campaign HQ in Millcreek at 6:30 p.m. to talk w/news media. Time to put election year politics aside, come together to get things done in Congress for Utah families.

Speaking to supporters and media at that press conference, the Salt Lake County mayor claimed that his lead — just 739 votes — is “insurmountable” given the number of outstanding votes left to be counted.

“What we are hearing from election officials is there are just not enough votes outstanding to make a difference either way,” McAdams explained. “I am eager to get to work to represent Utah’s 4th District.”

McAdams then touted his plan to reach out to Republicans. He admitted prior to declaring victory that he had not reached out to his Republican opponent.

“My priorities are to begin immediately reaching out to the Republicans, independents and Democrats in this district, to reach out and address the tough challenges we face as a state and a country,” he said. 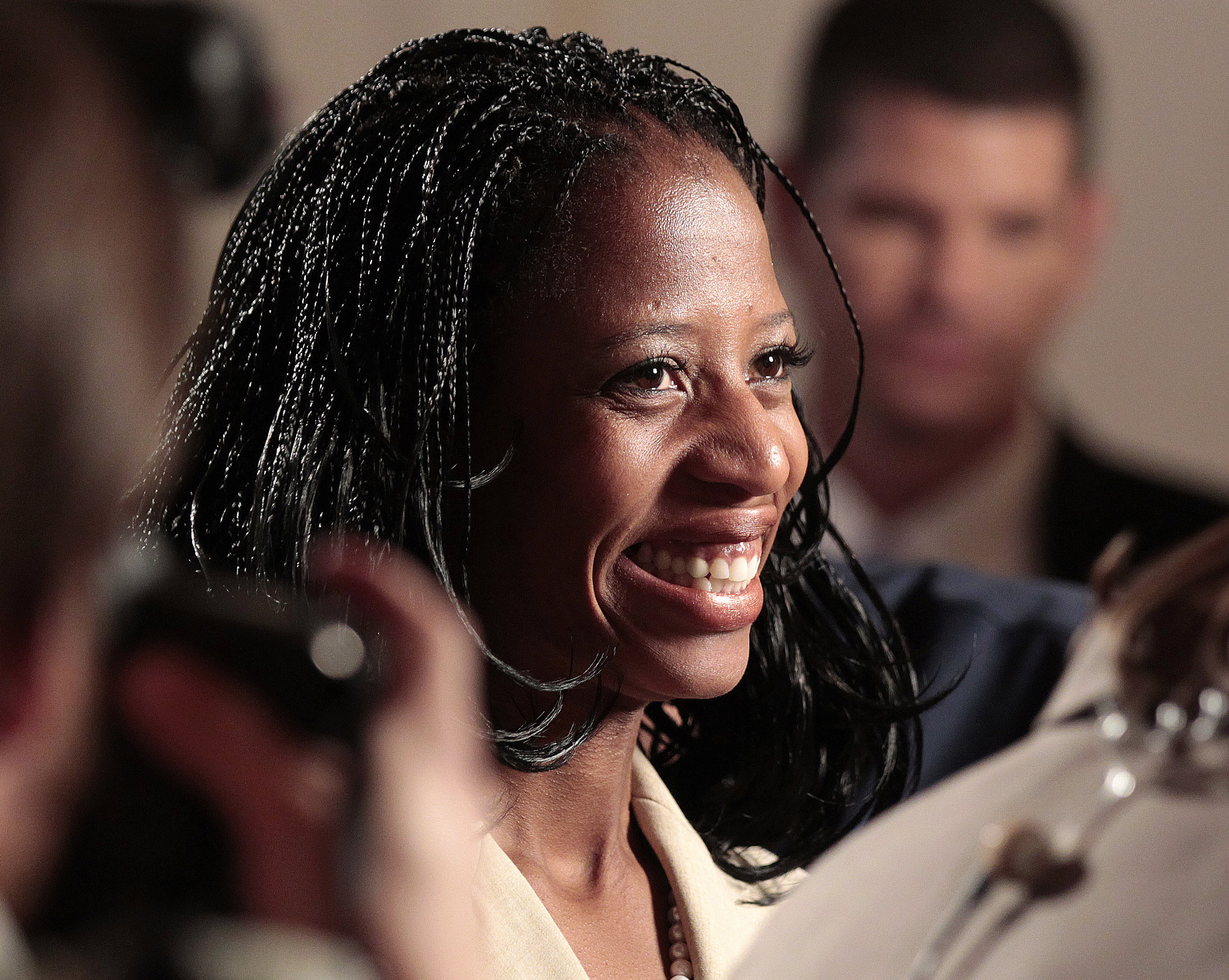 Mia Love, the Republican candidate for the 4th congressional district, talks to the press from the party headquarters as results come in for the U.S. presidential election in Salt Lake City, Utah, November 6, 2012. REUTERS/George Frey

Love, who was first elected in 2014, has not yet conceded the race. She trails McAdams with 49.86 percent of the vote to his 50.14 percent — the .28 margin is just outside the .25 that would allow for a recount.  (RELATED: Ebony Magazine Leaves All 6 Republicans Out Of Profile Of Black Candidates)

The two-term congresswoman did issue a statement ahead of Tuesday’s canvass, saying, “I would like to express my sincere appreciation to the voters, who along with our family, have been waiting for two weeks to get election results. Thank you for your continued participation in this process.”

Meanwhile, McAdams has passed the time by attending new member orientation on Capitol Hill, joining with 15 other Democrats in signing a letter pledging not to support California Democratic Rep. Nancy Pelosi in her bid for House Speaker.

Anti-Pelosi faction finally releases letter saying these Dems are “committed to voting for new leadership.” It is signed by 16 members, including Utah Democrat Ben McAdams whose race has not been called. Marcia Fudge’s signature is not on the letter pic.twitter.com/oVRKAWQWPx

McAdams signed the letter “Member Elect” even though his race still has not been officially called by the state.

President Donald Trump predicted a loss for Love at his post-midterm press conference, lamenting that she “gave me no love.”

President Trump: “Mia Love gave me no love. And she lost. Too bad. Sorry about that, Mia.” https://t.co/OoT2zri6ff pic.twitter.com/G6dLjsIblT